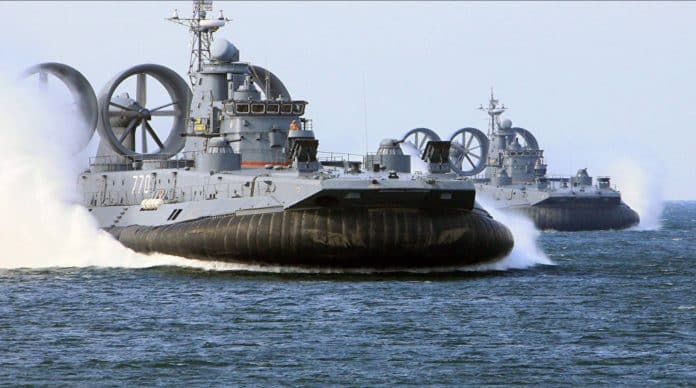 Commander-in-chief of the Russian Navy Vladimir Korolev will be in charge of the manoeuvres. Warships of the Northern, Baltic, Black Sea fleets, as well as the Caspian Flotilla and long-range aircraft of the Russian Aerospace Forces will take part in the drills. The exercises will also involve 26 warships and vessels, including two submarines and 34 aircraft. Missile cruiser Marshal Ustinov of the Northern Fleet will be the flagship of the group.

Strategic missile carriers Tu-160, anti-submarine aircraft Tu-142 and Il-38, as well as Su-33 fighters and Su-30SM aircraft will carry out sorties as part of the drills.

The manoeuvres will be held to train skills in anti-submarine warfare and anti-aircraft defence, protection of maritime communications, countering piracy and providing assistance to ships in distress. They will also hold practical rocket and artillery fire.

In order to strictly implement international law and ensure security, the area of the military exercises was declared temporarily dangerous for navigation.

Officials with the Russian Foreign Ministry said that the drills would not be related to the state of affairs in Syria, even though it has been growing more intense lately as the Syrian army was getting ready for an offensive in the province of Idlib.

However, it is also believed that Russia is holding joint-force drills in the Mediterranean in response to recent actions of the United States in the region. The USA has deployed at least two Ohio and Virginia submarines in the region. Those submarines are capable of striking a missile blow on Syria, and Russia is holding the drills to train, inter alia, anti-submarine defence skills.

Maria Zakharova, an official spokeswoman for the Russian Foreign Ministry, stated that Russia was concerned about the concentration of a large Western military group in the Mediterranean region. The United States, France and the UK have about 70 carriers, about 380 air-launched cruise missiles, two American destroyers, USS Carney and US Ross, with each of them carrying 28 Tomahawk missiles on board. Two more US Navy destroyers – USS Donald Cook and USS Porter – are now based in Spain, and they can strengthen the grouping within 24 hours, if necessary.

On August 28, Russian Defence Minister Sergei Shoigu stated that Russia would hold largest military exercises in 37 years on September 11-15. The drills, Vostok-2018, will involve as many as 300,000 military men and more than 1,000 warplanes and helicopters.