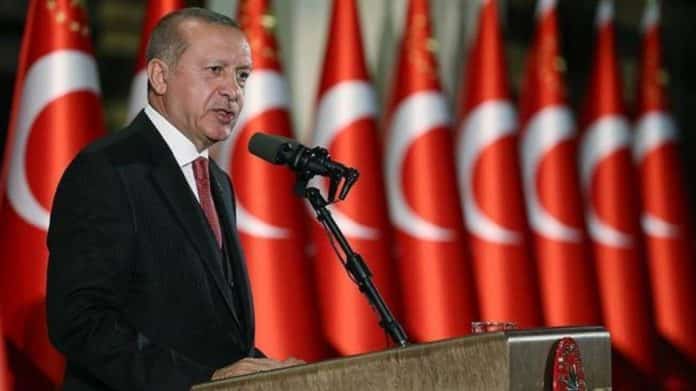 Editor’s note: Turkish security services today picked up VT’s bureau chief to question her about our relationships with Iran and Russia.  Simply put, we report the news, we do analysis and to do so, we maintain close relationships in Washington, Ankara, Tel Aviv, London, Paris but moreso in Tehran and Moscow.

This is our job.

Behind VT you will find roots in America’s anti-war movement from Iran and reform movements in America’s military and intelligence, along with other nations, Israel, Russia, Pakistan, more than a few others.

This message is to Turkey’s intelligence services.  We have been telling the truth about attempts to destabilize Turkey, reports that seem to support President Erdogan, because they are the truth, not because of an agenda.  We are an American based press organ and expect not just protection for our personnel but support as well.

We publish things that I may not agree with because what people think is news and news is vital, real news.  If you want a friend, buy a dog.

Tehran: President Recep Tayyip Erdogan says Turkey is working with Iran and Russia as the Syrian army is preparing for a decisive battle to drive terrorists out of the northern Idlib province.

Idlib shares borders with Turkey and is currently controlled by foreign-backed terrorists. With the Syrian army preparing to retake the last terrorist stronghold, there had been reports that Turkey tried to stave off the offensive.

Erdogan’s affirmation of working with Russia and Iran on Thursday, however, signals an apparent U-turn in the face of Syria’s insistence that the operation will go ahead despite US threats of a possible attack.

Turkey is reportedly working to stave off an imminent Syrian army offensive to dislodge terrorists from Idlib which is the last major territory still in militant hands.

Erdogan and his Iranian counterparts Hassan Rouhani and Vladimir Putin are expected to hold a trilateral meeting on Syria in Iran on September 7.

Speaking in Ankara, the Turkish president said his country “should be present on the field, be strong in the field, and succeed at the field.”

“This is how we destroyed the terror corridor along our borders with Syria,” he said.

Ankara, he said, was working with Iran and Russia to prevent what he called a “catastrophe” from happening in Idlib.

“It’s important to deactivate all the terrorist groups since they are posing a threat to Turkey on our border,” Cavusoglu said in a joint news conference with his Russian counterpart Sergei Lavrov in Moscow.

Staffan de Mistura, the UN’s Special envoy to Syria, said on Thursday the United Nations estimates that around 10,000 terrorists remain in northern Idlib province and need to be defeated.

The UN envoy admitted that the terrorists may use chemical weapons during the Syrian army’s upcoming operation in Idlib, endangering the lives of three million people living there.

His remarks came after Russia recently warned that Western powers led by the US were preparing to launch a new attack on Syria under the pretext of a “false flag” chemical attack.

PressTV-Russia warns US against ‘reckless steps’ in Syria

Russia says the US, Britain and France are preparing to conduct a fresh aerial assault against Syria under the pretext of the alleged use of chemical weapons by Damascus.

According to Lavrov, the US seeks to use the provocation as a pretext to justify a new strike against Syrian forces, urging the West “not to play with fire in Syria.”

“A new provocation is being prepared by the West to hamper the anti-terrorist operation in Idlib,” Lavrov said Thursday during a joint press conference with his Syrian counterpart Walid Muallem in Moscow.

“We have facts on the table and have issued a strong warning to our Western partners through our Defense Ministry and our Foreign Ministry not to play with fire,” he added.

Muallem said government forces will “go all the way” in Idlib and that Damascus’s main targets are Nusra Front militants.

“A tripartite aggression or not, it will not influence our determination to liberate the entire Syrian territory,” he said, referring to Washington, Paris and London.

“The negotiations between Turkey and HTS are still under way,” the head of the so-called Syria Observatory for Human Rights Rami Abdel Rahman said Thursday.

Turkey actively sponsors militant forces in Idlib in the “de-escalation” area of the city and recently spearheaded the formation of the so-called National Front for Liberation, a coalition of over a dozen armed factions.

Lavrov said, “It is unacceptable that those terrorists particularly al-Nusra Front are using the de-escalation area of Idlib to attack the Syrian army and to also attack through drones the Russian military bases in the area.”

“What we need to do now is to wipe out those terrorist groups which persist, particularly within the de-escalation area of Idlib,” he said.