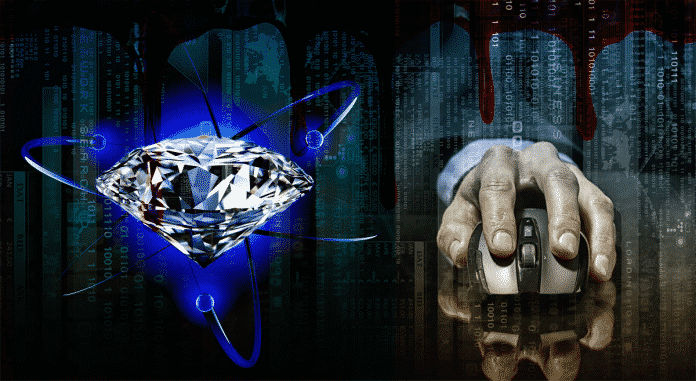 Seventeen years after the terrorist attacks on September 11, 2001, we as a nation are still faced with an ongoing threat. And as we have seen throughout history, our enemies never stop, and they are well versed at adapting to ever-evolving security measures. The most significant aspect of any terror organization or rogue state is funding. Thus, these groups are continually devising ways to circumvent those security measures.

The Dark Web and Conflict Minerals

As of recently, the public has been made more aware of the existence of the deep web and its dark side, the dark web. The two are different in that the first is a part of the web that search engines cannot see while the second is “classified as a small portion of the deep web that has been intentionally hidden and is inaccessible through standard web browsers.”

Standard web browsers are Google, Yahoo, Bing, and even DuckDuckGo (even though it is a common misunderstanding that DuckDuckGo is a deep web browser). That small portion of the deep web known as the dark web is comprised of “onion” sites that are accessed via the Tor Network.

Terrorism and the Dark Web

Though the dark web has some not-so-dark uses, it goes without saying that the dark web has become a safe haven for those who wish to do evil. Darknet markets sell service ranging in everything from hacking to murder-for-hire. Additionally, darknet venders sell narcotics, stolen data, government secrets, stolen merchandise, sex slaves, and much more.

Before the dark web was available to everyone, it was used by intelligence agencies as a way to communicate securely. Criminals organizations, arms dealers, smugglers, drug pushers, and the likes used to do their business hand-to-hand during high-risk meetups. Now, tech-savvy criminals and other similar organizations have moved their business to the anonymity of the dark web.

Of course, it was not long before terrorist organizations started using the dark web to spread extremist ideas, recruit members from around the world, and to sell things such as drugs and conflict diamonds to fund their operations. Before and after 9/11, Osama Bin Laden was dealing in blood diamonds to fund Al Qaida. And it was not small money. The terrorist organization made over $20 million from the sales of conflict diamonds alone, maybe even more.

Today, even though groups like Al Qaida have lost some of their power, terrorist groups from around the world are now using the dark web to revive the illicit blood diamond trade. What used to be a trade only a few had access to has now, thanks to social media and the dark web, blossomed into a market that anyone with the Internet, a Tor Browser, and a little tech savvy can access. And terrorist organizations are reaping huge dividends because of it.

There are countless darknet markets on the dark web. Since you cannot use Google to find them, sophisticated dark web operators have created their own search engines such as Multivac, a dark web search engine that can be accessed via the Clearnet and Tor. And just like with any search engine, you only need to type the keywords in the search bar and you will be presented with a list of results.

Since many of these search engines are still in development and do not have the funding Google does, you will not see millions of results, but the results you do get are enough to get you where you need to be.

Using the keyword diamonds brings up hundreds of “vendors” selling cut and raw diamonds, often far cheaper than one would pay from a distributor or reseller. Most of the time, a buyer will be dealing with sellers from Africa, Asia, Russia, and even Central and South America – places known for harboring terrorist and criminal activity.

How to Avoid Buying Blood Diamonds

It is a known fact that most blood diamonds have been mined by a group or political establishment involved in terrorism, mass murder, political oppression, war crimes, human trafficking, sex slavery, and more. Therefore, it is our responsibility to avoid purchasing such stones from dubious dealers, including those sold on the dark web.

Educating oneself about diamonds and diamond studded jewelry is the first step. Understanding how to choose a diamond is also important. Most of these characters on the dark web selling diamonds do not know much about what they are selling other than they are selling you a stone below a certain market price. The same goes for other shady dealers as well.

Never buy a diamond or diamond-studded piece of jewelry without a Gemological Institute of America (GIA) certificate. The likelihood that a diamond complying with the Kimberley Process is a conflict stone is slim to none since they are governed by strict guidelines. Furthermore, it is also important to understand that the World Diamond Council has allowed diamond dealers to certify already cut diamonds, allowing blood diamonds to enter the market.

Being the case, you should ask the dealer or jeweler specific questions such as: Where was the diamond cut and polished? Do they have proof that the diamond in question was not mined in an area of the world where rebel groups control the diamond mines? It is also good to stay away from diamonds more than 10 years old unless the seller can prove it is an heirloom.

Finally, the best practice when purchasing diamonds is to buy from well-known trusted dealers who can offer you certification. The fewer hoops you have to go through in learning about a diamond’s origin the more likely it is you are not purchasing a conflict stone.