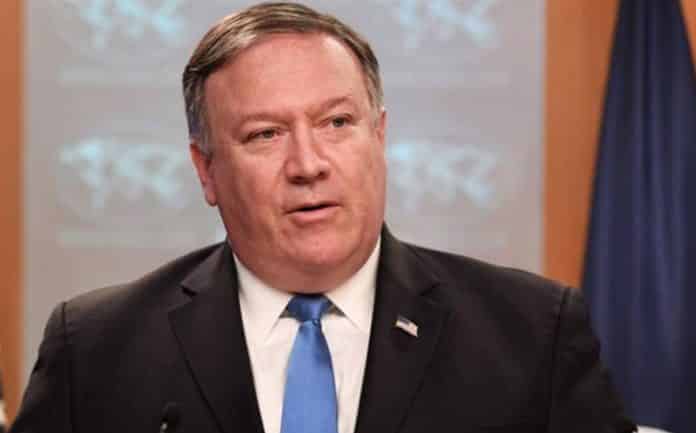 On the eve of US Secretary of State Mike Pompeo’s visit to Pakistan, the controversy surrounding the Transcript Diplomacy has been mutually mulled. Pakistan has shown grace and flexibility so as to make bilateral and regional engagement more objective and fruitful. USA to the contrary has reasserted its bulwark assertion through its department of defence.

Though Pakistan’s foreign office understands the limited agenda of this visit, it is not shying away from diplomacy that has US objectives and Indian interests as its core. Unlike the previous government that leaned heavily on US, played on civil-military divides, the latest is a home grown dispensation which detractors aim to malign home and abroad. The visit is primarily exploratory, but who knows turn up a few surprises?

My single line assessment of the controversy was, “The US readout on telephonic conversation with Prime Minister repeats the above assessment. Pakistan has denied that the subject of terrorism was ever discussed in that context” (Nation 25 August PAKISTAN’S US CHALLENGE). As the US transcript indicates, it was never in the context that was taken up by the media. Certainly some segments of the International and national media picked up the leads and blew a controversy in the direction USA desired. Pakistan has done well to cool it down.

So now USA is doubly careful in averting another diplomatic controversy. It has said it loud and clear. US Defence Secretary James Mattis announced that the US military chief will accompany the top US diplomat when he visits Islamabad next week and the need to fight terrorists would be THE PRIMARY PART of their discussions with Pakistani leaders. This is a diplomatic preemption implying that US means tough business. This is testing nerves of the new government.

Knowing that diplomatic agendas are exchanged and communicated well in advance, this statement was unnecessary and meant for public consumption. I wonder if the primary part to fight terrorists also included terrorism sponsored into Pakistan from Afghan territory mostly through Indian handlers. I am sure, it was intentional and unequivocal.

The vision of Pakistan’s Prime Minister Imran Khan over Afghanistan must have come as a pleasant surprise for many. In the long term Imran Khan wants EU type relations with Afghanistan. As they say, taste of pudding lies in eating it. USA is certainly elated on this vision and keen to explore its credibility. USA will like to test this vision; but then every cake takes time to bake and drawing conclusions too early could be spoiling the broth. The environments for a free international border are yet not shaped and it cannot happen unless trust between Pakistan and USA is restored.

Knowing that Afghan policy has security implications, the US delegation has been bolstered by military diplomacy. Presence of Chairman of the Joint Chiefs of Staff Committee General Joseph F. Dunford in the delegation raises the importance and purpose of the visit from a stopover that India wanted it to be. Yet it is very meaningful that US Defence Secretary James Mattis will join the delegation in India.

Earlier, as per the US transcript, “Secretary Pompeo raised the importance of Pakistan taking decisive action against all terrorists operating in Pakistan and its vital role in promoting the Afghan peace process.” The meaning was left to the media to interpret which they did with unequivocal emphasis on Sanctuaries of Afghan Taliban. Indian press went further by including LeJ and the likes in the same context. Yet the vitriol chose to exclude Pakistan’s sustained efforts against terrorism and restoration of normalcy in the once restive tribal areas now merged into the province of Khyber Pakhtunkhwa. This forgetfulness of convenience is a slap on the interests and sacrifices of the people of Pakistan.

Readers ought to understand that in International Relations, the actual interpretations depend not on what is said but what is left unsaid. It thus provoked a rebuttal from Pakistan. After the release of State Department transcript; the contours of diplomacy have fallen in place. Pakistan has decided to close the subject on the media though it is most likely, it will continuously be broached in diplomatic engagements.

The widening gulf between USA and Pakistan was evident when Secretary Mattis said, “We see the strengthening of India’s democracy, its military, its economy as a stabilising element in the world…and we want to make certain that where we have common interests, we are working together.” The remark obviously excluded any reference to democracy in Pakistan. It is evident that USA is avoiding giving credit to the aspirations of the people of Pakistan, particularly the fact that extreme right has been voted out of the process. To US policy makers the rise of communalism in India and violence in occupied Kashmir under BJP still remains the preferred blocs of building democracy than the evolution that has swept Pakistan.

The visit is also in backdrop of new diplomatic initiatives in the region where Russia, China and Iran figure prominently. From Turkey to Pakistan, a new ring of Muslim countries are showing defiance to US policies in Middle East and Afghanistan. To circumvent this ring, USA minces no words about its long term presence in the region through occupation of Afghanistan with India as a preferred ally. It still continues to ignore the societal factor of Afghanistan that has perpetuated perpetual reactions ever since the Soviet invasion. However, India is clever enough to bolster a military presence in Afghanistan. It is content to pinch Pakistan here and there to appease USA.

In addition, Pakistan is also playing a key role in circumventing Geostrategy through economic engagements. One Belt One Road Projects under CPEC will open up China and Central Asia to the world. Iran is very keen to join the projects on pattern of RCD and ECO providing shortest overland bridges to Europe. If successful, the narrow and ever vulnerable Persian Gulf will cede its importance to Gwadar and many other ports along the Arabian Sea.  Qatar will team up with Iran and Pakistan. Syrian hydro carbons (once in production) will follow this route. Pakistan’s own resources in the continental shelf will change all dynamics. Super Tankers passing through Straits of Malacca will be history.

So how can trust between Pakistan and USA be restored?

Do not view Pakistan through Indian lenses and hackneyed Geostrategy. USA must become a partner in Pakistan’s socio-economic development including CPEC, Gwadar, resource exploitation, higher education and peace.

USA must ensure that Pakistan is not destabilised through Afghanistan by any state or non-state actor.

USA must use its leverage for resolution of Kashmir Question according to UN Resolutions supported in the past by USA.

But this is an agenda much beyond the diluted flying visit to Pakistan. Yet it can set a template and roadmap for full spectrum engagement.