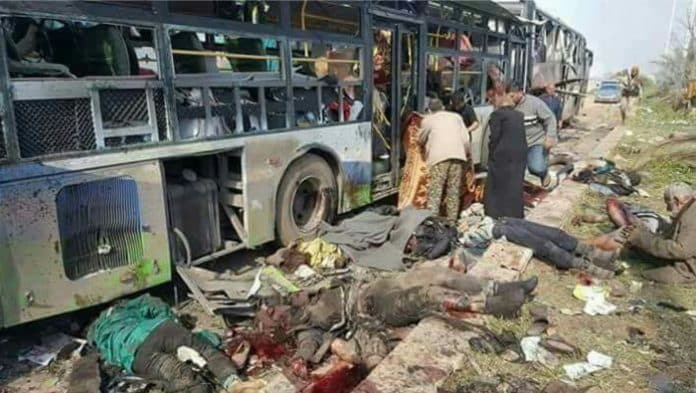 THE HAGUE, September 4. /TASS/. Members of the Organization for the Prohibition for Chemical Weapons [OPCW] showed extensive interest in the data on the impending provocation in Syria’s Idlib Governorate where the use of warfare toxicants is expected, the Russian permanent representative to the OPCW, Alexander Shulgin told TASS Monday.

The data was submitted to the organization by Russia.

“”Our counterparts showed extensive interest in the report and asked us to bear in mind that the Western countries’ position on the Syrian problem including the chemical weapons is bewildering and putting a big number of countries into an awkward situation,” Shulgin said. “That’s why they asked us to bring our viewpoint on the situation that’s taking shape [in Idlib] to a bigger number of delegations and to meet with regional groups, as well as with the nonaligned countries’ group that’s also functioning within the OPCW.”

“We’ll get down to this work as soon as next week,” the diplomat promised. “It’s important to do everything in our power so that we could avert the worst possible scenario through diplomacy and political efforts.”

“We hope the OPCW technical secretariat will speak up in the final run, will publish something or will issue a statement of some kind,” Shulgin added.

The meeting brought together 23 delegations thinking along the same lines as Russia and the delegations of the countries “still capable of looking at developments critically from the point of view of chemical weapons.”

“We brought together our friends and counterparts to share our concerns with them in the light of a provocation that militants are preparing and that will imitate the use of chemical weapons by Syrian government troops,” Shulgin said, adding Russia was fully aware of who was bringing the toxicants to Idlib Governorate and where they were placed to storage.

“No doubt, it will be the instructors from the private British company Oliva who will teach the terrorists how to handle the dangerous chemical materials,” he said. “And naturally we’ll see the old saboteurs from the White Helmets who are getting ready now to take the observation positions where from they will forge a yet another fake video footage, which they will upload in the social networks to stir up global indignation.”

“The Syrian government will then be accused of using chemical weapons and Russia, of letting these alleged atrocities go unabated,” Shulgin said.

“This reveals a definite model of conduct on the part of the militants and their Western patrons,” he said. “Each time the Syrian forces begin to twist the terrorists’ tail, they start thinking up something, and most surely something pegged to chemical weapons.”

“This was the case in 2013 with a huge provocation in Eastern Ghouta and in April 2017 in Khan Sheikhun where the whole story was presented in a way showing that the government Air Force had alleged dropped a bomb containing Sarine,” Shulgin said. “And quite recently, in April, the militants who were sieged in Douma, a suburb of Damascus, staged the use of chemical weapons once again”.