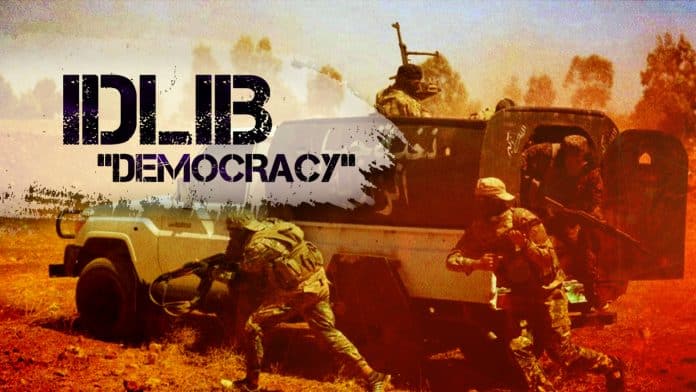 The Turkish military has boosted its naval group in the Eastern Mediterranean as the battle of Idlib is looming in Syria, Turkey’s pro-government daily Yeni Safak reported on September 2. According to the daily, “Turkey, which previously had 10 warships in the region, dispatched several more naval vessels to the region, the exact number of which is unknown.”

The daily also recalled multiple remarks by the Turkish authorities claiming that the Idlib offensive by the Syrian Army will be disaster and lead to a humanitarian catastrophe.

The report comes amid the ongoing Russian naval drills in the same area, which started on September 1 and will continue until September 8.

It should be noted that on August 31 Turkey finally designated Hayat Tahrir al-Sham, a new brad of Jabhat al-Nusra – the Syrian branch of al-Qaeda, as a terrorist group. Hayat Tahrir al-Sham is the most powerful group in the militant stronghold of Idlib in northwestern Syria.

Ankara’s move followed a similar decision by the US State Department made on May 31. The Hayat Tahrir al-Sham brand was crated by Jabhat al-Nusra in the framework of a series of efforts to hide the terrorist group’s essence, on February 8, 2017. So, both the US and Turkey needed more than a year to admit an open secret of the Syrian war. Most likely, this took such significant amount of time because these moves are an open admission that the so-called Idlib opposition is terrorists or allied with them.

On September 4, US President Donald Trump warned the Syrian government against combating terrorists in Idlib.

“President Bashar al-Assad of Syria must not recklessly attack Idlib Province. The Russians and Iranians would be making a grave humanitarian mistake to take part in this potential human tragedy. Hundreds of thousands of people could be killed. Don’t let that happen!” Trump wrote on his Twitter page.

This as well as previous threats by the US-led bloc to punish Syria for active actions against terrorist groups in west of the country are described by the Damascus government as rough efforts to prolong the war, to overthrow the country’s government and to defend Israeli interests.

“The Syrian people and the Syrian government want the crisis to end today. However, it is impossible because of external interference led by the US,” Syrian Foreign Minister Walid Muallem recently said in an interview with the Russian state media adding that “this interference satisfies the interests of Israel and runs counter to those of the Syrian people.” He added that the US goal “is to prolong the crisis.”

The militant held areas in western Syria and the heavy influence of Hayat Tahrir al-Sham and other terrorist group in the area have become the main point of the attention in the conflict since liberation of southern Syria from militants by government forces this summer. The defeat of Hayat Tahrir al-Sham in Idlib will mark a de-facto victory of the Damascus government over al-Qaeda-like terrorist groups often described by the mainstream media and Western diplomats as opposition and will open way to a peaceful solution of the crisis. However, far from all foreign powers involved in the standoff are interested in this.