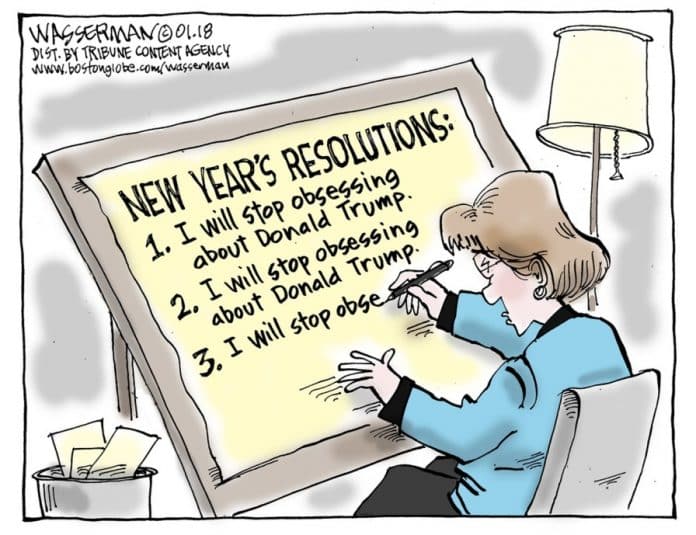 It is sad today to think there are those among us who would willingly chose for America to become (in many cases we have already reached that point) a country with ever-increasing income taxes, high crime, a weak U.S. military, unlimited illegal immigration with open borders, and willingly chose to revert back to Obama-Era unemployment with shrinking economic opportunities. These are the same folks who are probably praying for a continuation of our” two-tiered justice system” with the likes of the Clintons and the Deep State law breakers laughing at we regular Americas, while they get away with breaking whatever laws they chose. This is what the election of 2018 will be about. 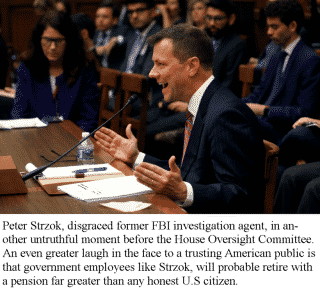 The election of Donald Trump, which caught the media, the political pundits, and the most corrupt Justice Department in the history of America by complete surprise, has inspired a silent coup d’etat by the “Deep State” – a band of seditionists made up of the highest ranking officials in the Justice Department, including the FBI, the NSA, and former Obama Administration ne’er-do-wells , including president Barack Obama himself, and assorted other U.S. security agencies who are fearful of President Trump clearing-out and draining the cesspool of Washington corruption and influence.

According to whistleblower Edward Snowden, “The Deep State is not just the intelligence agencies, it is really a way of referring to the career bureaucracy of government”. These are officials who sit in powerful positions, who don’t leave when presidents do, and who watch presidents come and go . . . they are the cesspool dwellers who influence policy, influence presidents, and accumulate a great deal of personal wealth in the process.

In an article for The New York Review of Books, written by Michael Tomalsky on August 16, 2018, he quoted Newt Gingrich using the term “Deep State” in the context of the Robert Mueller investigation as Special Prosecutor: “Mueller is the tip of the Deep State spear aimed at destroying or at a minimum undermining and crippling the Trump presidency”.  Gingrich then added to that statement:  “The brazen redefinition of Mueller’s task (originally appointed to investigate the phantom “Russian Collusion” fairy tale that going onto its second year has not developed a single piece of evidence) tells you how arrogant the deep state is and how confident it is it can get away with anything”.

The term Deep State is often used in a critical sense regarding the general electorate to refer to the “lack of influence” popular democracy has on democratically elected institutions and the decisions they make. In short the Deep State is an illegal shadow government that uses corruption, deviancy, and deception to operate for its own benefit and often profit, while its participants totally disregarding their oaths of office, the rule of law, or the provisions of the U.S. Constitution. Originally defined  in 2014 by Mike Lofgren, a former Republican U.S. congressional aide, as “a hybrid association of elements of government and parts of top-level finance and industry that is effectively able to govern the United States without reference to the consent of the governed as expressed through the formal political process.”  In short, this is a definition of SEDITION!

The Mid-Term Elections this November are even more important than the Presidential Elections of 2016, because the Deep State and their minions in the media, the radical Leftists that, along with the ignorant Democrat Party members who have no idea of what is 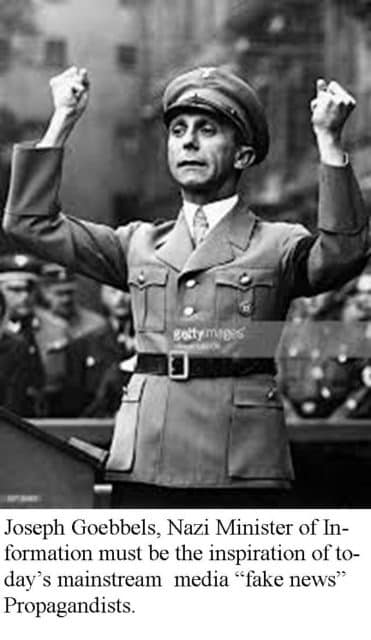 going on around them, will be easily swayed into thinking everything is fine because Trump has America on the road to becoming great again.  It is unfortunate that the American citizens who lean to the Left, are in total darkness about the politics in America because they watch, listen and read the news put out by the Joseph Goebbels’ propagandist newspapers like the New York Times, the Washington Post, USA Today, and other newspapers unfit for wrapping fish. (NOTE: To refresh everyone’s memory Joseph Goebbels was Hitler’s Minister of Information.)

I am not picking on Democrats per se, but after nearly two years of the Mueller Investigation; a year and a half of Senate and House Oversight Committee hearings into the allegations of corruption in the Department of Justice; the firing of high-ranking FBI personnel; the charges of perjury against several members of our security agencies; James Comey’s whitewash of the accusations against Hillary Clinton’s seditious actions while Secretary of State under Obama’s Administration; the secret selling-off of America’s uranium stockpiles to Russia in exchange for a $145 million donation to the Clinton Foundation, and all the publicity surrounding the Special Prosecutor’s bogus Trump-Russia Collusion case, a March 2018 poll found most respondents (63%) were unfamiliar with the term “deep state” . . . now that indicates a substantial portion of brain-dead among the U.S. population.

Now to be fair to those who can tell you who the leading soap opera stars might be, who’s who in the latest fantasy sports league, who is the leader in the American Idol competition is, and what strip joint Stormy Daniels may be appearing at, three-fourths (74%) of those surveyed say that they believe this type of group probably exists in the federal government. The reason for not knowing about the current state of affairs in American politics is because less than half say they watch only mainstream media news on television and read the usual newspapers, which are so full of “fake news”, I suppose we must conclude the it is true that “ignorance is bliss” if it weren’t so sad!

For those of us who take an interest in sorting out the politics of today, and really do care about the future of our country, it look s like we have a real uphill battle to educate the rest of America about what has happened since 2016 in the goal to restore America to greatness. With the election in November, here are a few of the accomplishment’s the have happened under the Trump Administration. 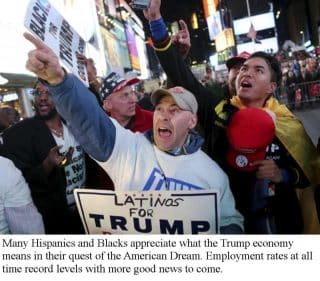 Below is a partial list which will never be listed in the mainstream press, however, for the sake of brevity, I have only listed the real gems from a list of 60 points listed in The Washington Times in an article by written by Paul Bedard on June 04, 2018. For the complete list which will probably blow you away, please click the above link. One note not list below is the 4.1% GDP this past quarter and an estimate that it will be strong for the rest of the year. That is how the U.S. government will offset the cost of the 2016 tax cuts which the Democrats all voted against!

In his first 500 days in office President Donald J. Trump has achieved results domestically and internationally for the American people.

AMERICA’S COMMUNITIES ARE SAFER AND MORE SECURE: President Trump has worked to secure our borders, enforce our immigration laws, and protect the safety and security of American communities. FOLKS . . . TRUMP CAN’T BUILD THE WALL BY HIMSELF. HE NEEDS THE VOTE OF CONGRESS.

AMERICA’S GOVERNMENT IS MORE ACCOUNTABLE: Since taking office, President Trump has worked to ensure government is more accountable to the American people.

While Leftists traditionally don’t want FACTS, it is up to us to keep spreading the good deeds that are happening in the Trump Presidency. What is needed is to get rid of the naysayers in Congress so the people can rebuild this country together!