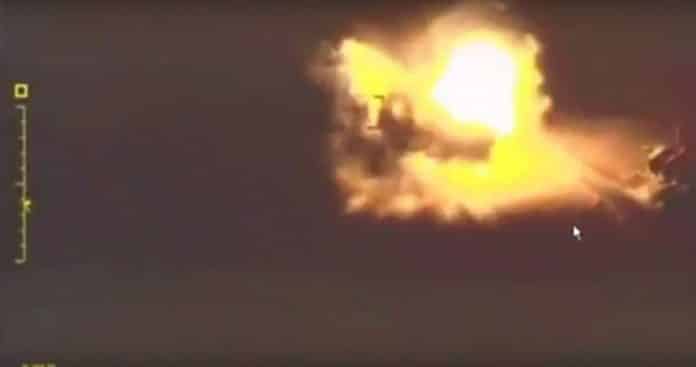 A showdown between the US and Russia is coming over Syria. Our sources inside Syria tell us that Russia began building up capabilities to support the Syrian Arab Army’s retaking of Idlib Province as early as June 2018. Included with new T90 tanks and advanced missile-based artillery are new air defense capabilities as well, along with ECM or electronic counter measures capabilities.

Russia is arming the Syrian Arab Army to fight not just al Qaeda and ISIS, the primary occupiers of Idlib, but the US, Britain and France as well.

The real war is between Russia and the US. America has no real ability to defend Idlib other than through the use of advisors, generally private military contractors, and supplying high technology armaments directly to organizations officially deemed terrorist by the US government.

The “dark horse” here, of course, is Turkey. Her military has jointly occupied much of Idlib with the nearly extinct Free Syrian Army, in its latest guise Turkish Army reservists in civilian dress.

This has been a problem with Turkey for some time, one that nearly destroyed Pakistan some years ago. I had a chance to go over this with Imran Khan one evening. We discussed the situation Pakistan faces, continual pressure from the US to fight terrorism while America itself is the one actually fostering the terrorism.

With Pakistan, it began during the 70s with Russia’s military intervention in Afghanistan. Pakistan became the route for American military support for the Taliban, then called the Mujahedeen. In the end, the war spilled over into Pakistan while Afghanistan became a narco-state under nominal US control and Pakistan ended up paying with a crushed economy and tens of thousands dead.

Now the same fate faces Turkey. America has built an army of Kurds on Turkey’s border while the US uses Turkey as a logistics base to build an army to threaten, now wait for it, Turkey.

Now Turkey is there, partially occupying Syria’s Idlib Province along with US supported terrorists that Russia and Syria are, quite inexorably, going to crush. It was America that put Turkey there, between two superpowers, each of which are capable of economic damage to Turkey which is more than consequential.

Turkey is then left to turn south to Israel and/or Saudi Arabia, the two least trustworthy friends imaginable, both of whom have been dancing with the devil for years, playing Washington and Moscow against each other to stay afloat.

We might also mention that both, and we are talking Israel and Saudi Arabia, are among the most corrupt nations on earth with records of human rights violations that are unparalleled.

The real test will be a military one. America, and in particular, President Trump and his national security advisor, John Bolton, have placed their standing and prestige on their ability to:

Perhaps we should examine how successful air assaults actually are. The US currently has, according to count, 358 cruise missiles on station to use in an attack on Syria. Each one equals a single 1000-pound bomb unless nuclear weapons are used.

We must note that the US used the equivalent of 15 million cruise type missiles during the conflict in Vietnam, one I observed personally. There is a mathematical ratio that properly expressed the differentiation here. (2.333e-5) For those unschooled in notational expressions, simply recognize that the decimal point needs to move 5 points to the left.

America lost Vietnam, lost big. Since assuming the presidency, Trump has tripled the rate of US bombing of Afghanistan with even less success.

The problem is simple, since Vietnam, America is terrified of having pilots marched as captives through foreign streets. In meetings with Syrian officials, including Justice Minister Najm Hamad al Ahmad, it was “intimated” that Saudi, Israeli and Qatari officers, including Israeli pilots, had been captured by the Damascus government but repatriated after secret negotiations that had yielded millions in reparations.

Similarly, as early as 2012, the US had arranged with Damascus to repatriate pilots shot down over Syria and to suppress news reports and recover aircraft wreckage. Sources within the highest levels of Syria’s security apparatus say that reports of American helicopters retrieving ISIS commanders are, in some cases, saving downed pilots or advisor/observers who were attached to commands that by US law are deemed “terrorist.”

This blurring of lines, as it were, hides behind the new proxy/asymmetrical warfare the “Perfumed Princes of the Pentagon” now tout to their casualty wary political bosses.

However, this is the deal; America can only bring missiles down on soft targets in Syria, stage fake gas attacks and hit Syria and Russia with a barrage of lies. America’s missiles aren’t going to stop the defeat of the Idlib terrorists.

The wild card is Turkey, stuck in the middle, no matter what happens, Turkey loses. They didn’t pay attention to Pakistan’s fate.

Idlib won’t be the end of the war. With Idlib conquered, and the American mid-term elections coming up, and this is guesswork mind you, Trump may want to announce a pullout from Syria.

However, as the US is ramping up military action inside Iraq, making wild claims of Iranian missile factories and threats against Israel, can America function to re-occupy Iraq with Syria entirely free of occupation? The answer is “yes.”

Behind this all is Turkey, reeling economically under US pressure and hoping for a “quick fix” from Russia and the EU to support their currency woes. Giving in to America, keeping the terror pipeline open to support the dying remains of ISIS or the now growing al Qaeda threat, is no longer something the world is willing to ignore.

Behind that, America’s Kurdish juggernaut on Turkey’s southern border and the threat of a second US backed coup against President Erdogan. There are no easy solutions for Turkey.

As for America, one thing has become clear, the American people are increasingly aware of Israel’s control over Trump policies and how those policies in no way serve America’s interests. This is new territory for Israel, facing real scrutiny for the first time.

As forces build for the upcoming assault, we wait and watch it play out.

Gordon Duff is a Marine combat veteran of the Vietnam War that has worked on veterans and POW issues for decades and consulted with governments challenged by security issues. He’s a senior editor and chairman of the board of  Veterans Today, especially for the online magazine “New Eastern Outlook.”
https://journal-neo.org/2018/09/05/armageddon-in-idlib/