[ Note: If anyone on the planet cannot see that America has “gone rogue”, then they have zeroed themselves out of any possible solution equation. That leaves us to the depressing conclusion that, if the people have abandoned their political duties to throw bums and gangsters out of government, then who is left to do it?

So far the answer to that is “no one”. The only national powers with any strength have their plates full trying to defend themselves from US unipolarism, which in plain English really means,

“We are coming to get you. It may take a while, but we will be there. So you either play ball with us or we will find someone in your country who will, and you can go the Saddam route.”

As I have editorialized endlessly here at VT, the people are not completely to blame in the US, as opposition to abuse and corruption has to have leadership from the nation’s various civic institutions. When I look around for that, all I see is a wasteland.

It’s like America’s institutions have been “nuked” by some secret ray gun that has completely befuddled their brains so their American rebel resistance genes have been “re-coded”.

It is an awful situation, and it is long past time we face up to it, because the citizenry has to challenge the failure of all these institutions or we are going to lose control of everything. American democracy will be a Potemkin village, with some irony there after winning the Cold War, but now co-opted by the international gangsters.

Tasnim News Agency is Iran’s largest readership organization, publishing in Farsi and English. I thank them for the opportunity to shine the spotlight on the American Potemkin village, which I hope will not end up as a message in a bottle washed up on a distant shore … Jim W. Dean ] 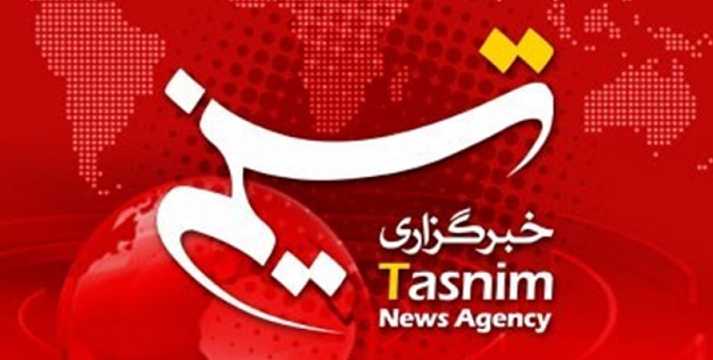 “The new group is just for show, providing a smokescreen for the people behind Trump who are really running the Iran policy, such as Netanyahu and the US Israel Lobby,” Jim W. Dean told Tasnim in an interview.

“They are not only delighting in killing the JCPOA but now trying to eliminate Iran’s counter-terrorism activity in the region,” he added.

Jim Dean is the managing editor of VeteransToday.com and a regular geopolitical commentator on various media outlets around the world. He and Sr. Editor Gordon Duff have begun their own bridge building campaign with Iranian university youth via Skype conferences. Jim comes from an old military family going back to the American Revolution. 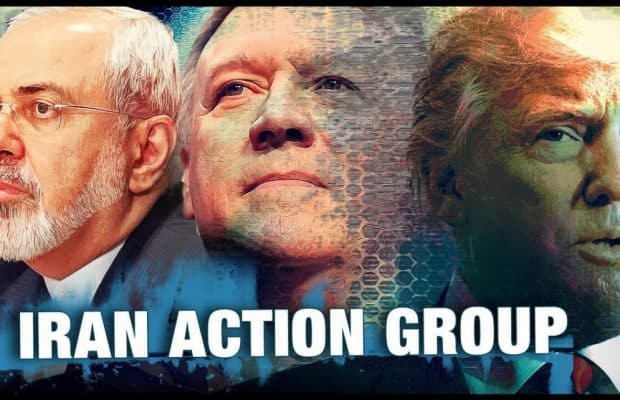 Tasnim: As you know, the US government’s hostility toward Iran has recently entered a new stage. Secretary of State Mike Pompeo has formed a dedicated group to coordinate and run the country’s policy towards Iran following President Donald Trump’s unilateral withdrawal from the 2015 nuclear deal with Tehran.

Pompeo announced the creation of an Iran Action Group (IAG) at a news conference, naming Brian Hook, the Department of State’s director of policy planning, as its head. What do you think about the group and its objectives and do you think that it would be able to reach its goals?

Dean: The new group is just for show, providing a smokescreen for the people behind Trump who are really running the Iran policy, such as Netanyahu and the US Israel Lobby. They are not only delighting in killing the JCPOA but now trying to eliminate Iran’s counter-terrorism activity in the region.

The Iran Action Group will act as a front for a policy that has already been decided upon. Lost in all of the manufactured chaos is a big elephant in the living room.

The US is treating Iran like “it” had broken the JCPOA, along the lines of N. Korea popping up with nuclear testing and firing off intercontinental missiles, to justify its current hostile actions, throwing everything it has at Iran via the escalating sanctions. But the problem there is that Iran has not broken the agreement. The US has. So we literally are watching the geopolitical landscape turned upside down, the real aggressor playing the victim, like a bad dream.

And lastly, some of this US behavior is pure punishment for Iran’s helping Syria, like it did with Iraq, in fighting off the US coalition proxy terrorist attacks on both countries. This sets a dangerous precedent if the US is allowed to get away with this charade, as the tactic will be used on others in the future.

Tasnim: The Trump administration recently threatened to cut Iranian oil exports to zero, saying that other countries must stop buying its oil from Nov. 4 or face financial consequences.

Washington later softened its threat, saying that it would allow reduced oil flows of Iranian oil, in certain cases. Since oil is a strategic product and countries around the world always demand it, do you think that the US is able to carry out this threat at all?

Dean: This is an overt act of war, unprecedented in peacetime when Iran presents no threat to the US at all, but only refused to be subjugated by the US. But the oil embargo is a crazy move. Part of its goal is to create oil supply shortages which will drive up consumer energy prices worldwide so Trump’s oil friends can get richer. But the American nemesis, Russia, will get a major boost in its oil and gas revenues.

Struggling third world countries with so many people living on the edge would all be collateral damage when they don’t deserve having that done to them. Even the American consumer will effectively be paying a bonus to Trump’s energy buddies through higher energy prices.

Iran’s announced poison pill for the total oil sanctions is to close the Straits of Hormuz to all the other oil exporters in the Persian Gulf, sending oil up over $200 a barrel like a rocket. That would destabilize the whole world economy with the high energy prices creating a ripple effect to drive up other products.

There is a method to this madness. Trump’s rich buddies will get even richer. We suspect the Saudis have already made him a partner.

Tasnim: Trump’s threat is part of his walking away from the Iran nuclear deal. He also plans to fully reinstate anti-Tehran sanctions from November 4. In the meantime, the EU has vowed to counter Trump’s renewed sanctions on Iran, including by means of a new law to shield European companies from punitive measures.

German Foreign Minister Heiko Maas recently said Europe should set up payment systems independent of the US if it wants to save the JCPOA. What do you think about the EU’s role in reducing Washington’s pressures against Tehran and saving the deal?

Dean: We are really in a no man’s land here with an unpredictable future. Just this week the EU stated that it would sanction all of its corporations that followed the US sanctions. Specifically how this would be done was not explained.

So we have to ask how could the EU financially punish its own business infrastructure and that be a good thing? It seems like a lose-lose play to me. Maybe the EU leadership thinks it would be a loyalty test for its business community. But we know historically that corporations are loyal only to their own interests. Benjamin Franklin once addressed this, “Merchants have no country”.

The US economy is booming, the stock market has created fortunes in paper wealth, the kind that can be erased quickly in a major stock market decline which will happen when the balloon bursts and we see a worldwide recession triggered by these reckless sanctions.

The US says these harsh sanctions are not intended for regime change in Iran, a lie of course, but to change its behavior, meaning that the US should be able to topple the governments it wants around Iran to replace with US puppets that would allow more advanced US military bases to control the region via a “soft occupation”.  We are living in very dangerous times.