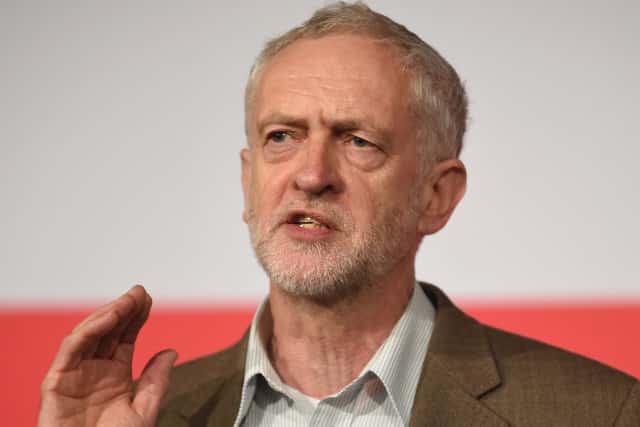 Jeremy Corbyn, knifed by his senior lieutenants and failed by his media team, is on the danger list and now looks isolated.

At the fatal NEC (National Executive Committee) meeting this week to discuss whether the party should adopt the IHRA definition of anti-Semitism in full, with all its examples, he prepared and presented a 500-word statement to water down the definition but this met with an angry reaction from most NEC members and he dropped it.

According to the Guardian the most controversial passage in Corbyn’s draft statement said: “It cannot be considered racist to treat Israel like any other state or assess its conduct against the standards of international law. Nor should it be regarded as antisemitic to describe Israel, its policies or the circumstances around its foundation as racist because of their discriminatory impact, or to support another settlement of the Israel-Palestine conflict.”

That these words caused such a rumpus tells us all we need to know about the mentality of the modern Labour Party. It is surely self-evident that the Israel project was racist from the start and confirmation, if any were needed, is provided by the discriminatory nation state laws, emphasising Jewish supremacy, recently passed by the Knesset. Why deny the glaring truth? And last time I checked there was no ‘settlement’ of the Israel-Palestine conflict and the two-state idea endlessly talked about but never energetically pursued was stone-dead.

At the end of a stormy meeting the NEC accepted the IHRA definition and all its examples but added a statement “which ensures this will not in any way undermine freedom of expression on Israel or the rights of Palestinians.”

But the Israel lobby were still not satisfied and renewed their whingeing. The Jewish Leadership Council’s chief executive, Simon Johnson, said Corbyn had “attempted shamefully to undermine the entire IHRA definition”, adding that the free speech caveat “drives a coach and horses” through that definition. “It is clearly more important to the Labour leader to protect the free speech of those who hate Israel than it is to protect the Jewish community from the real threats that it faces.”

A false dichotomy of course. And if their case cannot withstand free speech it must have been bullsh*t in the first place.

Richard Angell, director of the centre-left Progress group, said: “The Jewish community made it clear and simple to Labour: pass the IHRA definition in full – no caveats, no compromises. Jeremy Corbyn and the Momentum-dominated NEC have just failed the most basic test. A ‘right to be racist’ protection when debating the Middle East is not just wrong, it harms the cause of peace but it will also continue a culture where Jewish people cannot feel at home in Labour.“

Today’s decision is an insult. Labour does not know better than Jewish people about antisemitism.”

He was backed up by another Progress director, Jennifer Gerber, who is also a director of Friends of Israel. She said: “It is appalling that the Labour party has once again ignored the view clearly and repeatedly stated by the Jewish community: that it should adopt the full IHRA definition without additions, omissions or caveats.

“The IHRA definition has been adopted in full by 31 countries, including the UK, as well as over 130 UK local councils, the police, the Crown Prosecution Service and the judiciary. A ‘freedom of expression on Israel’ clause is unnecessary and totally undermines the other examples the party has supposedly just adopted.”

The recurring message is that free speech is a threat and doesn’t seem to have a place in their world.

So let’s get this straight: DNA research confirms that the great majority of those calling themseves Jews are not of Semitic blood. So does anti-Semitism mean what it says? Shouldn’t it mean that if we outlaw anti-Semitism we outlaw being nasty to the genuine Semites of the Holy Land, i.e. the indigenous people who include Palestinians whether Muslim, Christian or Jewish? And are they not terrorised and persecuted by the Israeli regime which is the chief perpetrator of anti-Semitism and which has oppressed, dispossessed, impoverished and slaughtered those people for 70 years?

Corbyn and his New Look Labour Party were in a position to lead a move to ‘unskew’ the definition of anti-Semitism and re-frame it accurately – with of course the help of the various campaign and BDS groups worldwide. But now they’ve effectively muzzled themselves.

And for some strange reason Corbyn and his team, throughout the unpleasant warfare in his party over anti-Semitism, completely ignored the warnings issued by legal experts Hugh Tomlinson QC, Geoffrey Robertson QC, Sir Stephen Sedley and others which explained how:

Robertson adds: “The Governments ‘adoption’ of the definition has no legal effect and does not oblige public bodies to take notice of it. The definition should not be adopted, and certainly should not be applied, by public bodies unless they are clear about Article 10 of the European Convention on Human Rights which is binding upon them, namely that they cannot ban speech or writing about Israel unless there is a real likelihood it will lead to violence or disorder or race hatred.”

Crucially, freedom of expression applies not only to information or ideas that are favourably received or regarded as inoffensive, but also to those that “offend, shock or disturb the State or any sector of the population” – unless they encourage violence, hatred or intolerance.

The Government in adopting the IHRA definition dropped these caveats saying they weren’t necessary. But you’d expect that from an administration brazednly stuffed with members of the Zionist Tendency.

These top legal opinions are lethal ammunition. Had Corbyn and his media team deployed them to good effect the baying attack dogs would have been stopped in their tracks.
So the IHRA definition is not something a sane organisation would incorporate into its Code of Conduct – certainly not as it stands. It contravenes human rights and freedom of expression. But when did the admirers of apartheid Israel ever care about other people’s rights?