An overzealous truth seeker, who runs YouTube channel Bright Insight, claims to have found the mystical city of Atlantis and insists that its true location has been hiding in plain sight for thousands of years.

In a viral video that racked up over half a million views in just two days, YouTube blogger Jimmy Bright argues that the Richat Structure, a geologic dome in northwest Sahara also referred to as the Eye of the Sahara, is the most likely location of Atlantis.

He cited measurements from the famous Dialogues of Plato, which gave birth to the legend. The Greek philosopher claimed that Atlantis was a long-gone empire, which stretched into Europe as far as Italy and into Africa as far as Egypt thousands of years ago. The giant island was allegedly wiped off the face of the planet by a natural disaster “in a single day and night of misfortune.”

At first sight, this has nothing to do with the land-based Richat Structure, but Jimmy claims that the so-called Younger Dryas theory could be a possible explanation. According to it, a massive change in global temperatures caused abrupt climate change and sea levels to rise.

In what can be viewed as another proof to the Sahara theory, the diameter of the Richat dome’s outer circle is 23.5 km, according to Google Map’s measurements, which matches those cited by Plato (127 stadia, which is roughly 23.5km in today’s terms). 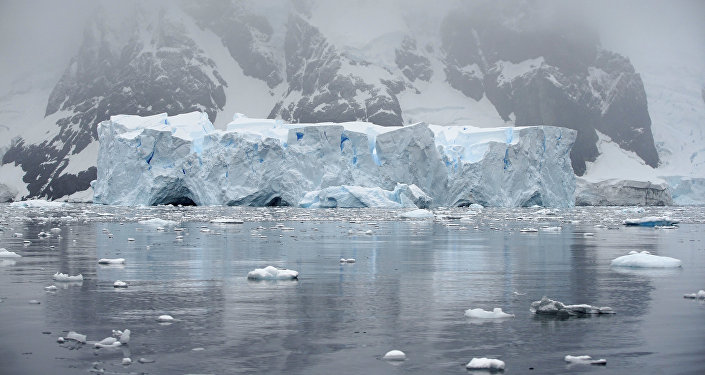 Another thing that helps put the jigsaw puzzle together is a theory that the Eye of the Sahara closely matches the description from Plato’s dialogues. The ancient philosopher wrote that the main city of Atlantis consisted of concentric circles of water and land, which, Jimmy said, looks pretty much similar to the circular form of the Richat Structure.

Although the majority of researchers believe that Plato’s story was nothing but an expressive allegory used to describe a failed idea of pursuing power and money, it has raised quite a few conspiracy theories. Since the Middle Ages, explorers have been pointing fingers at different places around the world, including the Atlantic Ocean and the Mediterranean Sea, with the most incredible conspiracy theories linking the location of Atlantis to the Antarctic and the North Sea.