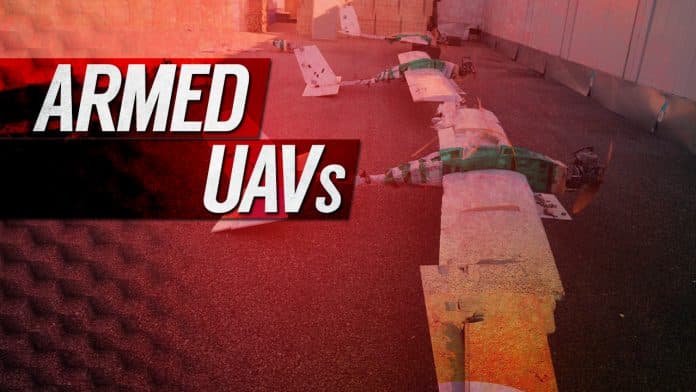 Su-34 and Su-35S warplanes of the Russian Aerospace Forces have destroyed a warehouse of portable anti-aircraft missiles and a workshop where Idlib militants were making armed unmanned aerial vehicles (UAVs) and kept explosives in store, Russian Defense Ministry spokesman Igor Konashenkov announced on September 5. According to him, the strikes were delivered on September 4, away from populated areas. Konashenkov noted that over the past month 47 UAVs launched by militants have been eliminated near Russia’s Khmeimim Air Base.

Earlier, pro-militant sources once again accused the Russian Aerospace Forces of striking civilian targets in the province of Idlib. While some civilian casualties as a result of any kind of fully-fledged operations against well-armed terrorist groups can hardly be avoided, pro-militant sources and mainstream media outlets are often exploiting this narrative in their propaganda campaigns against the Syrian-Iranian-Russian alliance. Most of reports appearing from pro-militant “media activists” in Idlib describe any destroyed militant position, HQ or warehouse as a bakery, a medical point or a civilian house.

Fearing a full-scale ground advance by the Syrian Army against Hayat Tahrir al-Sham (formerly Jabhat al-Nusra, the Syrian branch of al-Qaeda) and its allies in the Idlib de-escalation zone, militants are destroying bridges in the al-Ghab Plains area. According to available data, at least four bridges were blown up during the past 10 days.

Hayat Tahrir al-Sham-led forces have also built additional fortifications and deployed reinforcements at the contact line with pro-government forces as well as have carried out a series of arrests of public persons and political activists supporting a reconciliation with the Damascus government.

On September 5, the Syrian military deployed another batch of troops and heavy equipment near the province of Idlib. This force belongs to the 1st Division, which is set to participate in the upcoming offensive alongside with the Tiger Forces, the 5th Assault Corps, the 4th Armoured Division and other pro-government factions.

In the area of al-Safa, the Syrian Army continued its operation against ISIS cells. According to pro-government sources, artillery units and warplanes are actively striking the remaining ISIS positions. However, no final offensive has been launched yet because Damascus still hopes to save multiple civilian hostages kept by the terrorist group in the area.

On September 4, the White House once again threatened the Syrian government with a military action.

“The United States is closely monitoring the situation in Idlib province, Syria, where millions of innocent civilians are under threat of an imminent Assad regime attack, backed by Russia and Iran,” the statement said. “Let us be clear, it remains our firm stance that if President Bashar al-Assad chooses to again use chemical weapons, the United States and its Allies will respond swiftly and appropriately.”

Considering multiple US threats to use military force against Damascus in case of new reports on chemical attack in Syria, it will be strange if no such reports appear when the battle of Idlib finally starts.