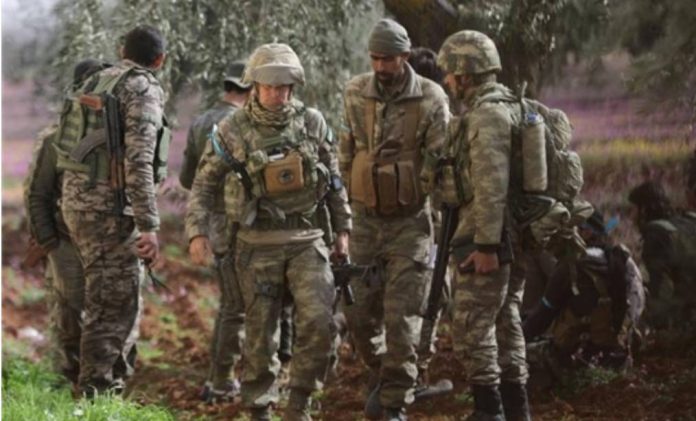 TEHRAN (FNA)- Ankara prepares to attack Kurdish positions in Northern Aleppo as the Syrian army is standing orders to launch a major military assault on terrorists in Idlib.

Local sources in Northern Aleppo reported on Thursday that the Turkish army has strengthened its military positions in areas near Tal Rafa’at, adding that a large number of Turkish military vehicles and equipment have been dispatched to the region.

Meantime, Syria’s al-Watan newspaper quoted a source affiliated to the dissidents as saying that the Turkish army forces are preparing to attack Tal Rafa’at once the Syrian army starts military operations in Idlib province.

It added that Turkey has ordered its affiliated militants to start attacking Tal Rafa’at once the Syrian army kicks off assault in Idlib.

Reports said in the past few days that the Syrian army has dispatched its military equipment to Tal Rafa’at and Tadef in Northern Aleppo.

A Turkish media reported on Wednesday that the country’s army dispatched more convoys of troops and military equipment to the borders with Syria as Damascus troops are standing orders to start a major assault on Idlib.

The Turkish media reported that Ankara has dispatched a long convoy of advanced tanks and a large number of military trucks to the Kelis region in Southern Turkey near the border with Syria.

They said that the Turkish army’s military convoy comprising 25 military and armored vehicles is now in al-Bayli city along the Turkey-Syria border.

Meantime, a Turkish military convoy carrying tanks was sent to the city of Hatay near the border with Syria.

The Turkish army also dispatched a military convoy carrying fortified concrete walls and military equipment to the areas under the control of the Turkish army in Morek city in Northern Hama.