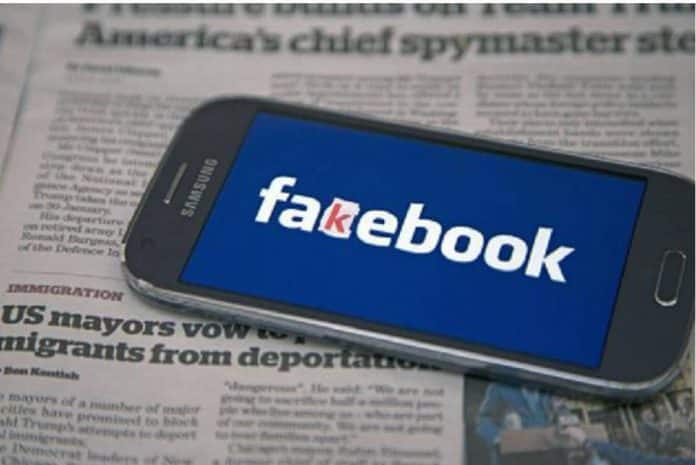 The term “fake” is already firmly entered not only in the lexicon of users of social networks, but more often than others it is used at the highest political level in some countries of the world. For the same US and Britain, fake news, born in social networks or in the minds of geopolitical science fiction, has already become the basis for armed aggression.

An account is created on Facebook or Twitter, which is supported by a couple of people, but they act on behalf of a previously unknown political group or even a whole people. For an engaging media such impostors are a reliable source of information. The largest news agencies relentlessly relay fake messages, creating a general information picture of the world.

So it has already happened many times. Take at least the war in South Ossetia, unleashed by Georgia, events in Libya, Egypt or now in Syria. The tragedy is that any informational outlaws are treated as the ultimate truth and become the basis for decision-making by the heads of the countries of the collective West.

The story with “Novice” is an ideal example. Fake on the fake and fake drives. Synchronization of the appearance of fakes and the actions of Anglo-Saxon states is hardly surprising. Fifteen years ago, there was still reliance on concrete facts and evidence from different sources to assess events. Now, without investigation and convincing evidence, Western democracies immediately pronounce sentences and themselves act as executioners.

The presumption of innocence as the basis, constantly declared by countries that seem to profess democratic values, is actually thrown to the dustbin of history. It works only when it is profitable to recall it. Who was the first to put on a white robe in a psychiatric clinic, he is also a doctor. And this is the modern level of interstate relations.

The Russian Foreign Ministry drew attention to one of the technical sources of the origin of fake – accounts in social networks. Create him a couple of minutes. Small costs for promotion, and a “reliable” source of information is ready.

Place on the fake page a message about the impending nuclear strike of a particular state, and in modern realities it may well be the reason for a preventive attack.

To say that international law has gradually turned into plasticine, from which any figures are sculpted, is already unnecessary. It, like the established rules of decent conduct on the world stage, the efforts of the US and some of its allies is gradually replaced by the right of the strong. A kind of return to the Middle Ages.

Against the backdrop of the history of Russia’s accusations of interference in almost all events occurring in the world, including elections in the US and the process of photosynthesis in plants, the idea of ​​the Russian Foreign Ministry to invite representatives of the world’s social networks to Moscow looks quite logical. The topic is designated – the development of common criteria for identifying fakes and fake accounts.

As lawyers say, when a topic is not legislatively regulated, it creates big problems. Any interpretation, even the strangest ones, only aggravates the problem, which requires immediate resolution.

The only thing that can prevent a substantive conversation on the topic of fake pages is the lack of desire of the same Anglo-Saxon states, claiming universal uniqueness. To some rules they are not particularly respected now.

The same reluctance is seen in the topic of a specific and internationally recognized definition of terrorism. Now there are “good” and “bad” terrorists, although they differ from each other only by the presence of sympathies of certain states. They fit into the geopolitical channel – “good”, no – “bad.” The same attitude to the topic of fakes.

The fact that in principle it is possible to agree is a fact. After all, in the 60s of the last century, they managed to create an international system of units of physical quantities – an effective version of the metric system. They managed to make a foot and a foot with a meter, and Fahrenheit with Celsius.

The problem of fake accounts in social networks is harmful to everyone, including the initiators themselves of creating sites for relaying lies. Any action always receives counter opposition. In response, pages are created, which, in turn, act as a media counterweight to the original fake. And so on ad infinitum.

The cycle of fakes in nature is a dangerous and double-edged weapon. At some point someone is forgotten, when and to whom he lied. The media field, which, I recall, is now used to rely on decision-making by some states, is threateningly detached from reality.

Only the rockets and victims of the factory for the production of fakes remain real. The creation of a vaccine against fakes is more important than ever.