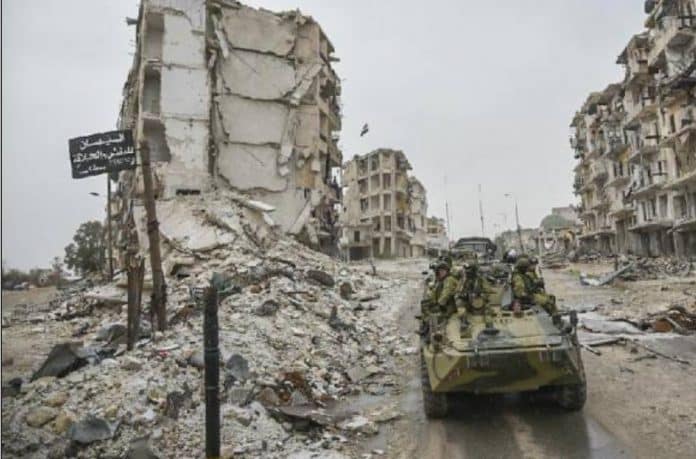 The CNN channel claims that the Russian side warned the United States twice over the past week about its readiness to strike at the territories in Syria where American servicemen are located.

The reason is that there are insurgents on this territory. As the channel notes, in Washington, in connection with this, “there were fears that the US forces would be threatened if Russia strikes.” On the American side, they allegedly were followed by “warnings to Moscow not to challenge the US military presence.”

According to the TV channel, “there are fears that Russians can use aviation or their warships in the eastern Mediterranean to strike a missile attack on those who, they say, are militants.”

“This could lead to a confrontation into which the US forces will be unintentionally involved if the Russian blow is inaccurate.”

“We certainly recommended that they stay away from A-Tanf, we are ready for a response,” a source in the military department quoted CNN as saying.

It is also reported that “in recent days, there has been no increase in Russian ground forces.”

Russia has repeatedly stated that, with the support of American instructors, militants of anti-government forces are being trained on the basis of Eth-Tanf. In early September, the Syrian military seized militants who were supposed to commit terrorist attacks in Palmyra. One of the prisoners reported that the training was conducted by the Americans.

The United States has already struck several times at the detachments of the Syrian troops and their Iranian allies, when, according to the Americans, they were coming too close to Al-Tanf.

At the same time, the legitimacy of the stay of Americans in Syria is under a big question – the Syrian government did not invite them.