There is no historical precedent for what is going on.  The White House, staffed by the worst gang of malcontents possible, Trump hates them, they are his people after all, has rebelled against an illiterate commander in chief with a real IQ under 70…at Bush 43 levels.

Now Trump has ordered a gas attack on Idlib, this time no fake victims, Trump has ordered real dead, hundreds of them, as early as next week.  He has upped his game in response to President Obama’s scathing indictment of his very real catastrophic failures.

If Russia fails to respond, even to the point of sinking an American missile destroyer, which is what Moscow is discussing now, Putin is “toast.”  After that, rules no longer apply and “Mr 67,” as Trump should really be called, may kill us all.

Yesterday, Trump had the Secret Service intimidate a highschool student who made two criminal errors:

The “SS” as we call them, have protected Trump associate meetings with Russian mobsters and spies, but it goes further.  Have they also joined the other fake law enforcement mobs that run kids as well for Trump and Epstein?  Let’s talk about it and how the rest of us are footing the bill for a Mossad operation that is ruling America. 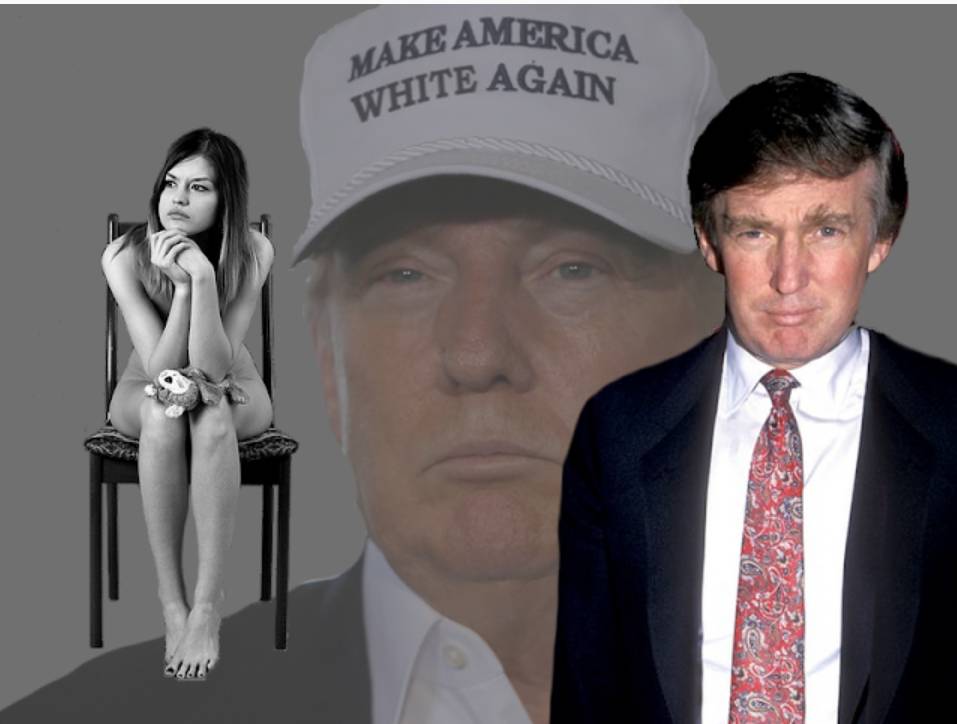 It’s not the FBI, it’s the Secret Service or, as we should call it now, the “SS.”  They protect Russian mobsters at Trump Tower, they spend their lives and our dollars getting “fatboy Himmler” his McDonalds cheeseburgers now they are “enthusiasm enforcers” for our fake president.

Last night, a highschool student, after going through gameshow type prepping for a Trump rally in Montana, demonstrated a rare moment of sanity when fatboy began running off at the mouth.

Initially, we just thought the kid, who might have a new career now, was simply “whisked away.”  It was more.  Trump has a long history with kids, some of them never made it to highschool, they were murdered.  Others were just raped and threatened.  The lucky ones were paid off.

All were silenced one way or another, now the United States Secret Service is doing the job normally given to NYPD detectives, the Broward County Sheriffs Department or the Mossad:

Amended Complaint Filed 9/3… by on Scribd

Trump fed him to the SS, where he was detained “politely” and grilled about why he wasn’t enthusiastic enough by Federal law enforcement personnel whose only job as far as I know is to keep people from killing someone whose death would be a national holiday beyond any other. 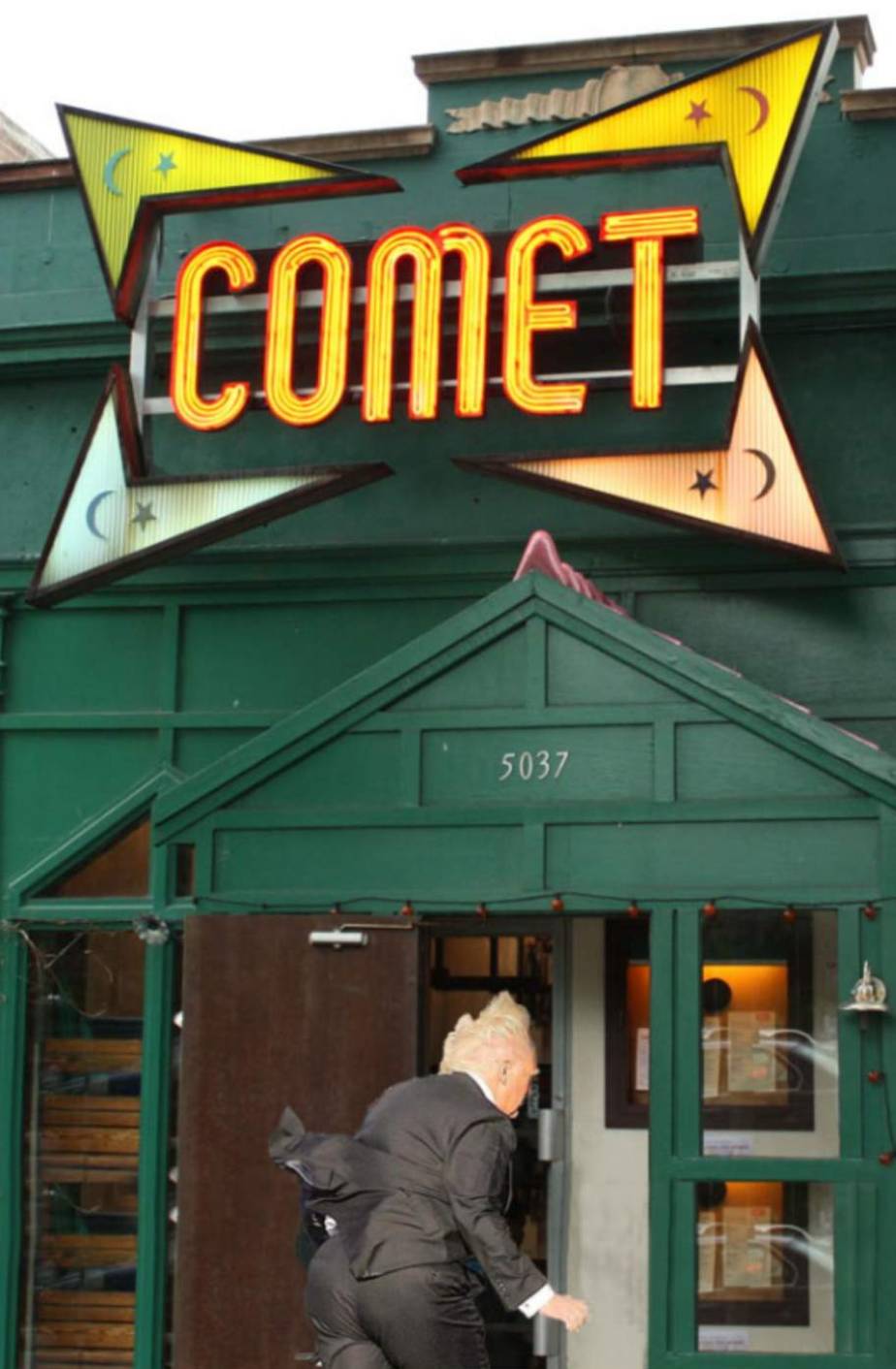 If we want to investigate something, let’s get into the SS.

What we do know is this, the SS protects both Mara Lago and Trump Tower.  Mara Lago is the scene of a number of Trump sex crime accusations and according to our sources, a brothel for trafficked children who are later murdered.  You see, Trump is sick of the payoffs and kids who are brought there for the St. Hubertus types like Sterling David Allen and John Scalia (from an FBI source we worked with related to a European counter-terrorism investigation in 2016).

This is what was reported on this:

A lawsuit filed by a woman claiming that she was recruited as a minor at President Donald Trump’s Mar-A-Lago by Jeffrey Epstein for the purpose of underage prostitution, was settled in 2017 but continues to reverberate to the present day.

The victim claimed Epstein repeatedly sexually abused her and that she was considered Epstein’s ‘sex slave‘.

After a settlement was reached, lawyers for both the victim and Epstein released identical statements.

“We are happy to have settled this matter without the need for a trial and are pleased with the result.”

Virginia Giuffre, the victim, claimed that Jeffrey Epstein’s former girlfriend, Ghislaine Maxwell, approached her and manipulated her into sex trafficking while she was working as a towel girl at Mar-A-Lago in 1999. Giuffre was 15 years of age at the time.

In the lawsuit, Maxwell was accused as a acting as a procurer of young girls for Epstein.

Virginia Giuffre (the accuser) alleged she was pulled into years of abuse by investor Jeffrey Epstein when she was working as a 15-year-old towel girl at President Donald Trump’s Mar-a-Lago resort in Palm Beach in 1999.

The suit alleged no wrongdoing on Trump’s part, but accused Epstein’s girlfriend Ghislaine Maxwell of procuring underage girls for Epstein. She denied the allegations.

During the time period of the lawsuit, Epstein was a regular of Mar-A-Lago. The President is publicly known to have considered Epstein a personal friend.

“He’s [Epstein] a lot of fun to be with. It is even said that he likes beautiful women as much as I do, and many of them are on the younger side. No doubt about it — Jeffrey enjoys his social life.”

In 2017, Trump’s legal team claimed no knowledge of Epstein’s behavior.

“As I have previously explained, he had no relationship with Mr. Epstein and had no knowledge whatsoever of his conduct. This has all been reported countless times in the press,” claimed Trump’s attorney Allen Garten.

As for how they run the kids, we think local police are doing it.  Normally, they deliver late night cocaine and methamphetamine and, as Trump calls them “sportin’ ladies.”

Now they are “sportin’ kids.”  From the Sun Sentinal:

“A campaign operative who built his career on smearing political enemies, publicly calls women the C-word and consulted for attorney-turned-Ponzi-schemer Scott Rothstein has become one of Sheriff Scott Israel’s trusted political guides.

Stone hurls profanity at women on social networks, and once called Sheriff Israel “an unqualified punk, a racist and a thief.”

Lately, though, he’s been plying his political trade from a new perch. Stone, 61, and his wife, Nydia, 66, moved from Miami Beach and live in Fort Lauderdale now, in the Coral Ridge area.

When Israel took the sheriff’s helm in early 2013, in the first five months he added to BSO’s payroll Stone’s book-writing partner, Stone’s book publicist and Stone’s long-time executive assistant. He had Stone’s stepson transferred to detective, though it was early in his career, with just two years at the Sheriff’s Office.

Stone’s connections to BSO reach higher. His longtime friend Ron Gunzburger, who connected him with Sheriff Israel in the first place, is the agency’s general counsel.”

Epstein, of course, has been doing this for the Mossad for years:

All About the Jeffrey Epste… by on Scribd