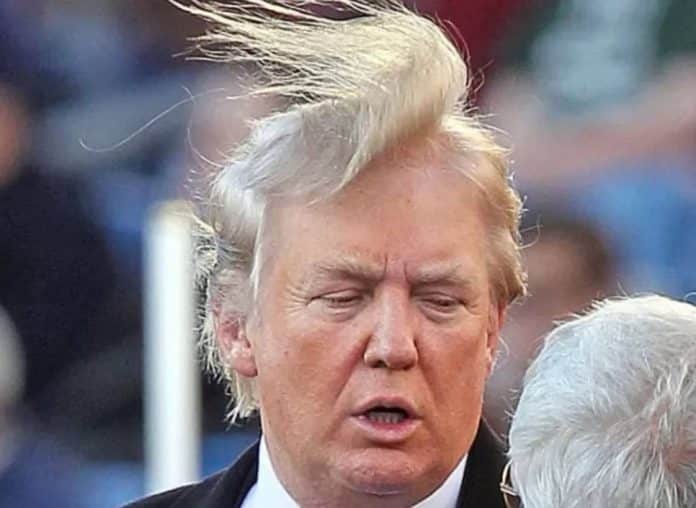 Wednesday’s short visit by US Secretary of State Mike Pompeo and Chairman of the Joint Chiefs of Staff Committee General Joseph F. Dunford to Pakistan was a pit stop to reconnoiter the political turf in Pakistan. In view of the uncertainty factor, both sides decided to keep it as iceberg diplomacy.

But the official US release reasserted the old mantra. Moreover, USA came ‘loud and clear’ through the Indian media. Times of India reported that the joint statement named and called upon Pakistan to ensure its territory wasn’t used to launch terror attacks on other countries. This was a reference beyond Afghanistan to Taj Mahal, Pathankot and URI. The reprimand and agreement to further intensify counter-terror cooperation was music to Indian ears and communal politics of BJP. It masked Kashmir. This repetitive rhetoric offered nothing new.

In a way, talks in India were also inconclusive. US views the China threat in a different way than India uses a China bogey. USA is still wondering if India will be prepared to act as a vassal and minion of US policies in the region particularly its reluctance to play an active military role in Afghanistan.

Pakistan reaffirmed its position during the Defence Day Memorial a day later. War against terrorism imposed on Pakistan by a military led policy had been concluded successively by law enforcement agencies. The country was not just on ‘one page’ but ‘one line’: ‘Pakistan is ours’. The notion of a Civil-Military divide on which USA had worked tediously for many years was dismissed by Prime Minister Imran Khan as a myth. He reiterated a social reforms agenda and talked of peace.

USA is already ‘hands full’ with Pakistan. Now, it is circumspect that ‘all is not well’ on the Indian front. The 6th September meeting in New Delhi was postponed twice by USA as the two countries did not see ‘eye to eye’ on many issues. President Donald Trump’s antics to mock Prime Minister Narendra Modi’s accent in English caused bitterness and humiliation in India. It is beyond doubt that India wants to avoid President Trump and that is why Defence Secretary James Mattis has led the latest round through Military Diplomacy.

Racism is visible in President Trump’s humiliation of India. Though the two leaders appear to be jingoist, they are actually contrasting. Trump is a white supremacist while Prime Minister Modi believes in Hindu superiority.  It is too difficult for India aspiring to be a global power to digest such insults. The cost of shedding off its old allies like Russia and Iran and relegate its newfound engagements with China on whims of USA remains a very complicated strategic calculus. Trump’s pressure leaves no options for India. Therefore US will keep engaging Pakistan like a Yo Yo wrapped around its fingers.

President Trump’s decisions are his idiosyncrasies. Sometimes these create disorder akin to a wild bull in the china shop.

According to Bob Woodward who also authored the Watergate Scandal, “President Donald Trump’s White House is mired in a perpetual nervous breakdown with staff battling to rein in the worst impulses of an angry, paranoid leader”.

Publication of an Anonymous Op-Ed ‘I Am Part of the Resistance inside the Trump Administration’ by New York Times on 5 September 2018 gives credence to Bob Woodward’s disclosures. The newspaper justified the Op-Ed by asserting, “We have done so at the request of the author, a senior official in the Trump administration whose identity is known to us and whose job would be jeopardized by its disclosure. We believe publishing this essay anonymously is the only way to deliver an important perspective to our readers”. This explains why most western leaders shy away or are uncomfortable meeting President Donald Trump. He ruined EU backed reconciliation with Iran followed by threats of sanctions.

The unfolding game is very predictable. Pakistan has done well to maintain its distance and allowed the tirades to coagulate like Tweet Diplomacy, hard talk against Pakistan, sanctions on Pakistani companies, IMF threats and refusal to pay for already spent Coalition Support Funds. It is also Americans ‘looking the other way’ that India perpetuates terrorism inside Pakistan and uses Afghanistan as a sanctuary for terrorists. USA is leveraging multi directional pressure from India to intimidate Pakistan.

India to the contrary has ambitions of its own but little experience of being a front line US ally. It continues to maintain its duplicity and neutrality in great power rivalry; what USA during the Cold War called ‘Immoral’. It is enmity with Pakistan and Kashmir that beholds it to USA against a China bogey. As trade figures and bilateral cooperation with China indicate, it will never be in a position to go to war with China. Entire Indian force structure is focused on intimidating Pakistan with US pressure. In the mid and long term, India will be a partner and not a military counter weight to China. Moreover, India will never downgrade its trade and relations with Russia and Iran to appease President Trump. It is impossible that India will forego its investments in Chabahar, Iran.

President Trump has already called on India to reduce the U.S. trade deficit. Both countries have imposed tit-for-tat tariffs. USA is also pressuring India to reduce and stop its purchase of Iranian oil or face sanctions. According to Alyssa Ayres, a former U.S. State Department official and now a senior fellow at the Council on Foreign Relations “the unprecedented degree to which President Trump focuses on at times arbitrary and even trivial economic issues to measure the health of foreign relations has created new uncertainty.” One example is President Trump’s recent sanctions of Iran and Turkey that had spillover effects on Indian currency. But even with India that is partially ‘on board’, President Trump wants more.

USA has imposed sanctions on Russia. It wants India to cancel its purchase of a sophisticated S-400 air defence system from Russia. This is the same system that Turkey is considering buying. Indian military force structure and strategic balance is based primarily on Russian equipment and India will never take the bait. However, an unsure Secretary Pompeo, caught up in the New York Times disclosures has held out a carrot that a Presidential waiver over sanctions instituted by Congress on arms purchases from Russia is a possibility.

Finally, to demonstrate some progress, United States and India picked a ten years old document to sign a military communications agreement in the backdrop of China. It will permit exchange of real-time encrypted information on joint military platforms. India’s major fear will be backdoors.

Indian policy makers and Sang Pariwar will have to think hard and determine the future of their country. Do they wish to become a US vassal and antagonise all neighbours and old friends just because Pakistan is an enemy? In the end they will realise that all roads to peace and greatness lead through Pakistan.