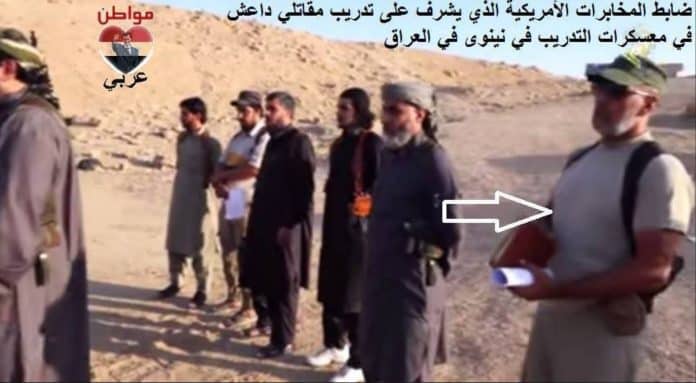 Editor’s note:  Call it a war of rhetoric, but Russia is saying that the US has been aiding ISIS, protecting them, arming and even commanding ISIS units in al Tanf, Idlib and in the area East of the Euphrates River.

We have long had evidence that the US has been training and redeploying ISIS fighters inside Syria but also to Yemen, Afghanistan/Pakistan and to Niger.

Russia intends to strike those areas because there are terrorists staying there too. Washington fears that Russia’s attack may put US forces in Syria in danger, CNN said. The US side reportedly wanted Moscow not to challenge the presence of US forces in Syria.

Russia may use its air force and navy deployed in the eastern part of the Mediterranean region to strike a missile attack on militants. The USA fears that this may start a confrontation, in which US forces will be unintentionally involved should Russia’s attack on Syria be inaccurate.

The move may trigger a military confrontation between Russia and the United States if the Russian attack is inaccurate. “We have absolutely advised them to stay out of At Tanf,” a US official told CNN.

Russian officials have repeatedly stated that US instructors train militants of anti-governmental forces at At Tanf base in Syria. In early September, the Syrian military seized militants who were supposed to commit terrorist attacks in Palmyra. One of them said that it was American instructors who had trained them for their mission.

The United States has attacked Syrian troops and their Iranian allies several times, when, according to the Americans, they were coming too close to At Tanf.

To crown it all, the military presence of US forces in Syria is illegal, as the Syrian government has never invited them.