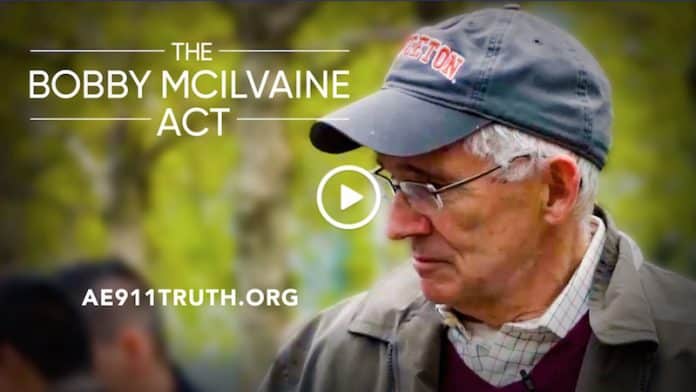 First hour: Charles Ewing Smith writes: “I am proud to present the full length version of my Award winning documentary ‘The Demolition of Truth-Psychologists Examine 9/11‘ for free on Youtube.” (Portions of the film were included in Smith’s earlier film 9/11 Explosive Evidence-Experts Speak Out with Richard Gage.) Those interested in the psychology of 9/11 truth denial should also read Fran Shure’s multi-part series “Why Do Good People Become Silent—or Worse—About 9/11?”

Second hour: 9/11 survivor Bob McIlvaine joins us to discuss the Bobby McIlvaine Act. Named after his son Bobby, who was killed by an explosion in the North Tower before the first plane hit, the bill would establish a new, independent investigation of the crime of the century.

“There is precedent for this kind of legislation such as the House Select Committee on Assassinations and the Church Committee. For example, Finding 1C of the House Select Committee on Assassinations stated, ‘The committee believes, on the basis of the evidence available to it, that President John F. Kennedy was probably assassinated as a result of a conspiracy. The committee is unable to identify the other gunman or the extent of the conspiracy.’ As a result of this truth coming out of an investigation by a select committee many people are aware that such a process is available.”