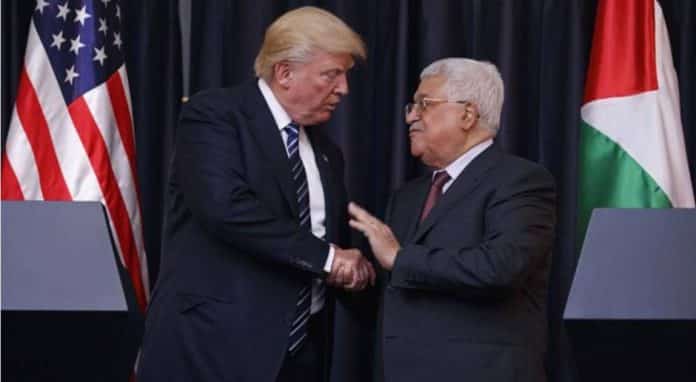 The United States will shut the Palestine Liberation Organisation’s (PLO) diplomatic office in Washington, DC, over the Palestinian government’s refusal to enter into US-led negotiations with Israel, the US State Department announced on Monday.

“We have permitted the PLO office to conduct operations that support the objective of achieving a lasting, comprehensive peace between Israelis and the Palestinians since the expiration of a previous waiver in November 2017,” a State Department press release said.

“However, the PLO has not taken steps to advance the start of direct and meaningful negotiations with Israel. To the contrary, PLO leadership has condemned a U.S. peace plan they have not yet seen and refused to engage with the U.S. government with respect to peace efforts and otherwise,” it continued.

“As such, and reflecting Congressional concerns, the Administration has decided that the PLO office in Washington will close at this point.”

The Palestinian government said in a response it regretted the decision, adding that the US decision will allow Israel to continue “their policies against the Palestinian people and land”.

“It is a declaration of war on efforts to bring peace to our country and the region,” Wafa news agency quoted government spokesman Yousef al-Mahmoud.

PLO Secretary-General Saeb Erekat said in a statement it was part of a collective punishment of the Palestinian people.

“This is yet another affirmation of the Trump administration’s policy to collectively punish the Palestinian people, including by cutting financial support for humanitarian services including health and education,”  Erekat said.

The statement also expresses concern about the Palestinian government’s possible attempts at holding Israel responsible for its actions at the International Criminal Court in The Hague.

“This decision is also consistent with Administration and Congressional concerns with Palestinian attempts to prompt an investigation of Israel by the International Criminal Court,” the statement said.

That statement is in line with a draft text of a speech by Trump‘s national security adviser, John Bolton, seen by the Wall Street Journal and Reuters.

Bolton’s speech will reportedly threaten the International Criminal Court (ICC) with sanctions if it carries out investigations into the US and Israel.

“The United States will always stand with our friend and ally, Israel,” Bolton is expected to say in his speech to the Federalist Society, a conservative group, in Washington, DC.

“The Trump administration will not keep the office open when the Palestinians refuse to start direct and meaningful negotiations with Israel.”

The speech is also expected to say that the Trump administration “will fight back” if the ICC formally proceeds with opening an investigation into alleged war crimes committed by US service members and intelligence professionals during the war in Afghanistan.

If such a probe proceeds, the Trump administration will consider banning judges and prosecutors from entering the US, put sanctions on any funds they have in the US financial system and prosecute them in US courts.

The Palestinians insist the status of the city is an issue to be negotiated between them and the Israelis.

Officials in the Gaza Strip, which has been administered by Hamas since 2007, have also previously blasted the US for its support to Israel, saying Washington has long lost its regional credibility.

The US gives Israel annual military aid of $3.1bn. Next year, that figure will increase to $3.8bn under a 10-year deal agreed by Barack Obama shortly before he stepped down as president.

While the details of Trump’s so-called “deal of the century” have not officially been released, leaks have suggested that the Palestinians would initially control the Gaza Strip and less than half of the occupied West Bank, while a Palestinian capital would be created from villages surrounding Jerusalem.

The Israelis would retain security control over the Jordan valley and have total control over Palestinian travel between the West Bank and Gaza, while a corridor will be created between Palestinian territory and Jerusalem’s holy sites.

It appears meanwhile that Palestinians would have to surrender the principle of the right of return of Palestinian refugees expelled during the creation of Israel, while the future of illegal Israeli settlements and the final border between Palestine and Israel would be decided at a later date.

Monday’s announcement comes just weeks after the US said it would cut more than $200m in economic aid for the Palestinians.

Wishing away Palestinian refugees: End of US’ UNRWA aid explained

The US had planned to give the Palestinians $251m for good governance, healthcare, education and funding for civil society in the current 2018 budget year that ends on September 30.

On Sunday, Haaretz reported that the US has also decided to cut more than $20m in foreign aid meant to support hospitals in East Jerusalem.

According to Haaretz, the hospitals treat Palestinian patients who require cancer and eye treatments.

The decision to cut funding comes amid a severe humanitarian crisis in the Gaza Strip, where more than 160 Palestinians protesting for their right to return to the areas from which they were forcibly expelled from in 1948 have been killed by Israeli gunfire since March 30 during weeks-long demonstrations near the fence with Israel.