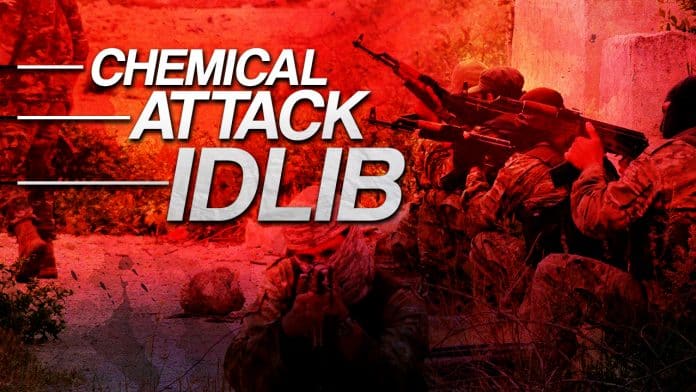 The Syrian Air Force and the Russian Aerospace Forces have continued intense airstrikes on militant targets in the provinces of Idlib and Latakia. According to local sources, a major part of the SAF strikes were delivered on militant positions near Khan Shaykhun, Kafr Zita, al-Latamih and the nearby areas. Syrian Army artillery guns and rocket launchers have also engaged militant targets along the contact line.
The situation remains tense. However, government forces have kicked off no ground offensive yet despite claims by some pro-government media outlets that it’s already ongoing.

The US-led coalition used phosphorous bombs to deliver a strike on the settlement of the ISIS-held village of Hajin in the Syrian province of Deir Ezzor on September 8, chief of the Russian Center for Reconciliation of the Opposing Parties Vladimir Savchenko said on September 10. According to the statement, the strike were delivered by two F-15 warplanes of the US Air Force.

In a separate statement, Pentagon spokesman Sean Robertson denied this adding that “none of the military units in the area are even equipped with white phosphorous munitions of any kind”.

Meanwhile, the Wall Street Journal reported citing unnamed US officials that Syrian President Bashar al-Assad had approved the use of chlorine gas in an offensive against the militant-held part of Idlib province and the nearby areas.

The newspaper also claimed once again citing anonymous sources that US President Donald Trump had threatened to order a massive attack on facilities of the Damascus government if Syrian forces carry out “massacre in Idlib”.

It further added that the US military is now considering military options in Syria, but President Trump has made no final decision so far.
This report as well as multiple previous allegations by the mainstream media and Western diplomats are a part of the ongoing propaganda campaign designed to justify attempts of the US-led bloc to defend the last major terrorist stronghold in Syria. It’s interesting but most of commentators and media accidentally forget to point out that the main opposition force in Idlib is Hayat Tahrir al-Sham, an internationally recognized terrorist group and the former official branch of al-Qaeda in Syria.

At the same time, YouTube banned a number of Syrian state-run and pro-government channels, including ones belonging to the Syrian Presidency, the Syrian Defense Ministry and the state-run news agency SANA. The reason provided was that these accounts allegedly violate YouTube’s Terms of Service.

This move can be considered as another attempt to suppress non-mainstream reporting on the ongoing conflict. Some Syrian experts even claimed that these were another sign of preparations for a staged chemical attack in Idlib and then a US-led military strike on Syrian government forces.