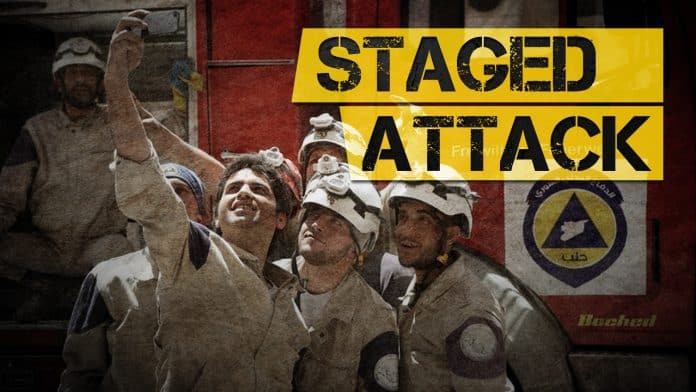 On September 11, the US-led coalition and the US-backed Syrian Democratic Forces (SDF) announced that the SDF is kicking off a military operation to eliminate the ISIS-held pocket of Hajin in the Euphrates Valley. According to a coalition spokesman, the SDF ground advance will be backed up by coalition air and artillery strikes.

Hajin and nearby villages are the only remaining major ISIS stronghold in Syria, which the terrorist group actively uses to carry out attacks on the eastern and western banks of the Euphrates. Previously, the SDF repeatedly announced that it’s going to clear the pocket. However, by September 11, no real efforts had been taken in this field.

If the Hajin pocket is seized by the SDF, the US-backed fore will finally be able to declare the eastern bank of the Euphrates free from ISIS, at least technically.

More than 100 US Marines were sent as reinforcements to the US—led coalition garrison in the area of al-Tanf, according to a September 8 announcement by the Pentagon. Many MSM sources described this move as a self-defense effort amid the growing tensions between Russia and the US in the war-torn country.

On September 11, the Russian Center for Syrian Reconciliation in Syria stated that militants have already started filming a chemical weapons attack in the city of Jisr al-Shugur in the province of Idlib.

“According to the information received from inhabitants of Idlib province, militants are now filming a staged provocation in the city of Jisr al-Shugur, where “chemical weapons” are depicted as being used by the Syrian army against civilians. The film crews of several Middle Eastern TV channels arrived in Jisr al-Shugur in the morning, as well as the regional affiliate of one of the main American television news networks,” the Center said.

On the same day, during a UN Security Council meeting, the Russian representative Vasily Nebenzya once again emphasized that terrorists in Idlib “must not be shielded because they all are one way or another linked to Al-Qaeda”.

It’s interesting to note that the situation in Idlib has once again highlighted differences between the Syrian-Iranian-Russian bloc and Turkey. While Damascus, Teheran and Moscow are actively working to set conditions to eliminate terrorists, Ankara seems to be one of their defenders alongside with Washington.

On September 10, Turkish President Recep Erdogan said in the Wall Street Journal that “All members of the international community must understand their responsibilities as the assault on Idlib looms.”

“A regime assault would also create serious humanitarian and security risks for Turkey, the rest of Europe and beyond,” he added once again recalling the accusations against the Syrian government in arbitrary arrests, systematic torture, summary executions, barrel bombs and chemical weapons usage.

Turkey is against the operation against terrorists in Idlib because it will undermine its plans to further expand its influence within Syria and to rescue a core of the opposition forces capable of showing a real military resistance to the Syrian Army – Hayat Tahrir al-Sham (formerly Jabhat al-Nusra, the Syrian branch of al-Qaeda in Syria).