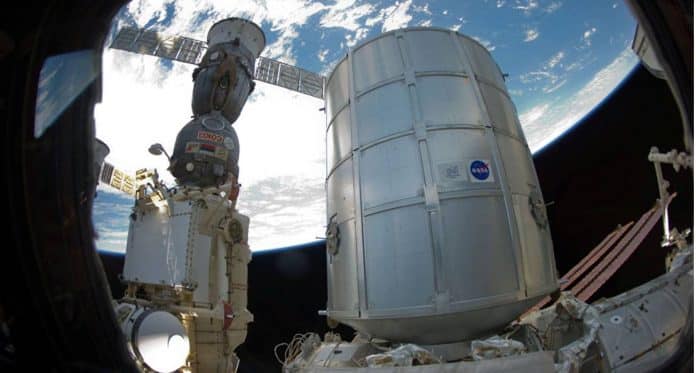 IRKUTSK (Sputnik) – Making bald assertions that US astronauts were responsible for a recent air leak at the International Space Station (ISS) are unacceptable and dangerous, Russian Deputy Prime Minister Yury Borisov told reporters, commenting on the Kommersant report on Wednesday.

“It is absolutely unacceptable to cast a shadow on neither our cosmonauts nor the US astronauts … The commission is working, so it is absolutely unacceptable to make such assertions now, we should wait for the final results of this work and determine the origin of this hole. We cannot rule out that [the reason behind the hole emergence] might be a manufacturing failure. There can be an indefinite number of variants … Today, it is, to put it mildly, a short-sighted and dangerous approach to attach labels and conduct a witch hunt before the inquiry is completed,” Borisov said.

Borisov went on noting that the air pressure started falling after the spacecraft spent several months in space.

According to the official, the hole is very small, and he praised the fact that it was detected with all the necessary measures taken in a timely manner.The head of the Russian state space corporation Roscosmos Dmitry Rogozin also commented on the media reports that blamed the US astronauts dubbing them “rumors” that could undermine friendly relations among the International Space Station (ISS) crew.

“The dissemination of conjectures and rumors about the events at the ISS does not contribute to the work of Roscosmos experts and is aimed at hampering friendly relations among the space station’s crew. It is unacceptable to make any statements based on ‘sources’ until the conclusion of the Roscosmos special commission’s work,” Rogozin wrote on his Facebook page.

Earlier in the day, Russia’s Kommersant newspaper reported, citing a source in the Russian space agency Roscosmos, that the corporation’s commission, investigating the incident, has been considering a version that US astronauts might have been responsible for the emergence of a hole in the fabric of the Soyuz MS-09 spacecraft, which was docked with the ISS.On August 30, the ISS crew found a microfracture in one of the walls of the living section of the Soyuz MS-09 spacecraft that caused a minor air leak. The hole was patched up on the same day.

According to the earlier reports of the special commission of Russian Energia Rocket and Space Corporation involved in the investigation of the case, the hole had been made deliberately, but the perpetrators had not been identified.