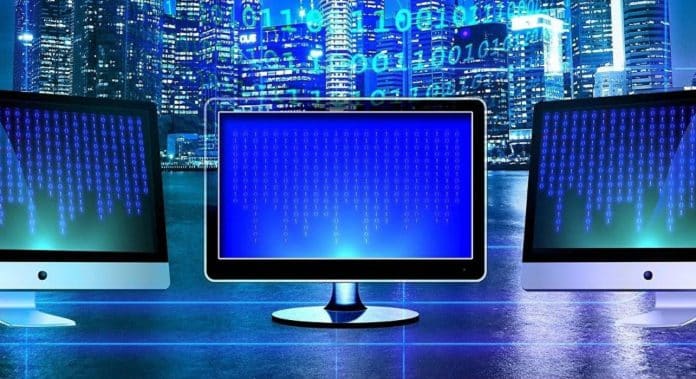 The internet was created in the early 1990s and since then billions of website pages and blogs have been created. Sputnik spoke to Dame Wendy Hall, a professor of computer science, about the early days of the web and also about the importance of archiving pages before they are consigned to the online dustbin.

Tim Berners-Lee created the World Wide Web at CERN in Switzerland in Christmas 1990 but for the next 10 years, before Google was launched, people struggled to find what they were looking for on the “internet”.

“I first met Tim in December 1990 in Paris when he was just beginning to get the web ready to make available. They key thing about the web was that standards were open and ubiquitous and free, it was not proprietary,” Dame Wendy Hall, a Professor of Computer Science at the University of Southampton, told Sputnik.

“In those days people did not have computers at home. The only people who were using computers were research students at universities and some businesses. Before browsers came along people were using protocols like Gopher to find what they were looking for but they wanted to charge for it,” Prof. Hall told Sputnik.

What Did People Use Before Google?

By 1995 people were using browsers like Yahoo!, Excite, Lycos and Altavista to look for websites.

“People thought you would use them like catalogues or telephone directories to look up what you were looking for,” Prof. Hall told Sputnik.

These tended to list links but in 1996 Larry Page and Sergei Brin, two PhD students at Stanford University in California, invented an algorithm which would be able to find and curate internet content.

“Nobody thought it would work but it grew into Google,” Prof. Hall told Sputnik.

But what happened to those old websites which were created way back in 1991 or 1992?

Sadly many vanished before they could be archived but in 1996 computer engineer and internet entrepreneur Brewster Kahle set up the Internet Archive.

“He appreciated earlier than anyone else that the stuff we put up would disappear. He began harvesting websites and archiving them. He used his own money initially and he was archiving long before libraries were doing it, ” Prof. Hall told Sputnik.

Nowadays the British Library and the Library of Congress have internet archive databases but for stuff from the early to mid-1990s an online archaeologist needs to go to the Internet Archive.

“They have got something called the Wayback Machine, where you can type in the BBC News website for example in 1998 and it takes you to that site as it looked on a certain day. It’s fascinating,” Prof. Hall told Sputnik.

But only a fraction of the websites which were created in the 1990s survive.

Sputnik reporter Chris Summers started working on the BBC news website before it was launched in November 1997 and he managed to find one of his earliest bylined articles, from 1999, on Google.

Clicking on the article — about a British trucker, David Smith, being jailed for life for murdering a prostitute — the 2018 reader finds a huge swathe of white space covering 80 percent of the screen.

“That was just the way sites were designed at the time,” Prof. Hall told Sputnik.

Myspace was the largest social networking site in the world, from 2005 to 2009. But it had to buy the domain name from AB Software, who registered it in 1996

But the BBC’s first effort at online publishing was a pilot website covering the 1996 Olympics in Atlanta.

No trace of that site can be found, even on the Internet Archive.

The Senate voted to protect #NetNeutrality. Thank you @SenMarkey, @SenJohnKennedy, @lisamurkowski, @SenatorCollins and everyone who stood up for an open web. All of us make the web what it is. I hope this bipartisan spirit is kept alive as this goes to the House!

While many websites have come and gone some are still going strong.

In 1994 Fogcam was launched initially as a student project by a class at the Department of Instructional Technologies at San Francisco University.

It is still going and is the oldest continuously operating webcam in the world.

Nowadays Googling is a verb and the vast majority of internet users in North America, the UK and Europe use Google as their go-to search tool.

When you click on a citation in @Wikipedia, sometimes the original link is broken. We’ve been trying to fix those, and it looks like it’s working! Wow! #brokenlinks #WaybackMachinehttps://t.co/RNZr7eWnBh pic.twitter.com/C589nmps5j

Companies, and news websites, depend on Google making them prominent in their search engine algorithm.

Google’s UK market share is actually falling — down from 89 percent in 2015 to 82 percent today — with Bing making slight inroads.

But much of what is on the internet cannot be found using Google — it is the Darkweb and it is deliberately hidden from view.

“It’s an underworld literally. You can only find things on there if you know where they are. It’s very similar to buying drugs in the physical world. You have to know who to buy them from and where,” Prof. Hall told Sputnik.

So people selling guns, drugs, stolen credit card details and child abuse images will only supply the whereabouts of their wares to those they know are buyers and not law enforcement officers.