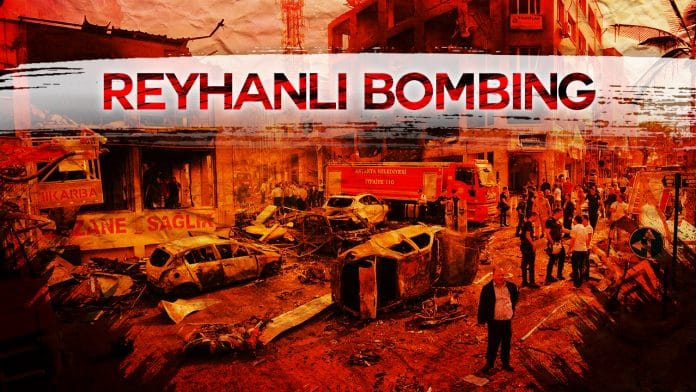 On September 12, Turkey’s National Intelligence Organization (MIT) announced that it had abducted Yusuf Nazik, a suspect of the 2013 Reyhanli bombing, in the Syrian city of Lattakia and transported him to Turkey. According to the MIT, Nazik confessed that he participated in the 2013 attack on orders from Syrian intelligence units. He allegedly scouted the crime scene prior to the attack and moved explosives from Syria to Turkey.

On May 11, 2013, two car bombs exploded in the city of Reyhanli in Turkey’s Hatay Province killing 53 people. Then, the Turkish side accused the Syrian Intelligence and Turkish Marxist group Acilciler, now thought to be based in Syria, of being behind the attack. The Syrian side denounced these claims.

Then Syrian Information Minister Omran al-Zoubi de-facto placed responsibility for the attacks on the Turkish authorities. “It was the Turkish government that had facilitated the flow of arms, explosives, vehicles, fighters and money across the border into Syria” he stated adding that Ankara “had turned the border areas into centres for international terrorism”.

Other versions of the incident suggest that ISIS, Jabhat al-Nusra (now known as Hayat Tahrir al-Sham) and other al-Qaeda-linked groups operating in the region may have been behind the attack.

In any case, the detention of Nazik and a new wave of Turkish accusations against the Damascus government over the 2013 bombing are a part of the ongoing standoff on the Idlib issue. Ankara’s efforts to show Syria as a state supporter of terrorism are designed to allow the Erdogan regime to take an upper hand in this standoff and to promote Turkish interests within Syria. A part of these interests is to rescue militant groups operating in Idlib and to keep this area outside of the zone of control of Damascus, thus creating another Turkish-occupied zone within the war-torn country.

On the same day, commanders of Turkish-backed groups of the Free Syrian Army (FSA) revealed to Reuters that Turkey has increased weapon supplies, including unguided rockets, to militant groups in the province of Idlib and nearby areas.

According to pro-government sources, militants already used a part of the supplied rockets to shell the government-controlled areas north of Lattakia city, particularly Sqoubin, al-Qanjarah, Demsarkho and Ugarit.

The Syrian Arab Army (SAA) and the National Defense Forces (NDF) made an advance against ISIS cells in the Homs-Deir Ezzor desert securing the areas of Wadi Salhub and Bi’r Hajjah. The SAA and the NDF are now working to secure the entire road heading towards the T3 pumping station. Then, according to pro-government sources, they will be able to focus on securing the Doubayat gas field and the settlements of Bir Naji, Barabij, Sarayim and Nayriyah.

The Syrian Democratic Forces (SDF) captured the villages of al-Baghuz Fawqani and al-Kasrah as well as eliminated 41 ISIS members during the first 48 hours of their operation against ISIS in the Hajin pocket, the SDF announced.

The US-backed force is now developing its advance in the area aiming to eliminate the last ISIS stronghold on this bank of the Euphrates.