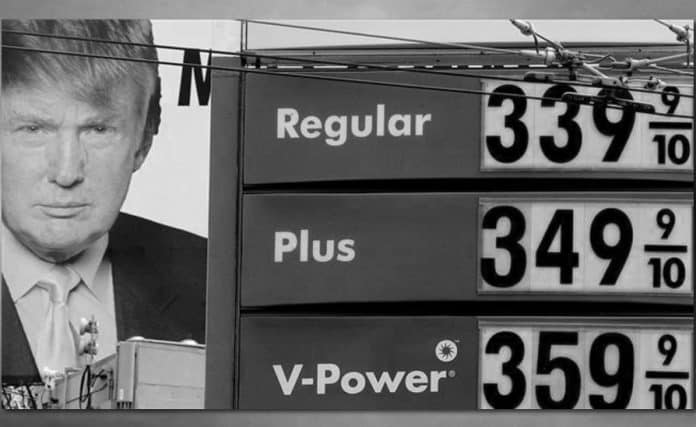 Donald Trump won the Republican nomination after making fools of a long roster of wishful-thinking candidates, among whom were senators Mark Rubio and Ted Cruz, and others. None of the dozen or so candidates survived the relentless assault of Donald Trump on their personality and politics.

Donald Trump won because he touched a raw nerve among many of the tens of millions of White Americans living mainly in poor, abandoned industrial states in the Midwest and other rural areas around the country.

Many of those voters had lost their jobs and lost their American dream during the Reagan era, when the entire American economy, especially the industrial Midwest, lost its manufacturing base.

After this, both Republican and Democratic administrations failed to recognize the difficulties these families faced, and failed to address not only the loss of jobs for these tens of millions of America but the loss of their American dream and self-worth. With a high school education and at middle age, there was no hope for them in America of the future.

Those voting for Donald Trump truly believed he would make “America Great Again”, rekindling the America they had lost, the America that no longer offered them the jobs and dignity of employment.

In hindsight, Donald Trump did not make “America Great Again” for them. I believe that he sold them a bill of false hope, while doing a lot of good for his friends on Wall Street who had bailed him out of bankruptcy numerous times.

Nothing much has changed in the last two years for those who voted for Donald Trump. Some of the promised job growth was minimum wage, not topping $15/hr, compared to old jobs at $25-$40/hour for a high school educated American.

Those industrial jobs are gone forever, and most of those who voted for Donald Trump will never have the lives they hoped for and expected to have under Donald Trump’s “Make America Great Again”.

These folks are unable to make it with such minimum wages, and must rely on food stamps and charitable food banks. American industrial and rural cities never recovered, and Donald Trump has nothing in the works to address “Rebuilding America Again”. While employment numbers look good, the poverty numbers did not change, with tens of millions of Americans still below poverty lines.

Many in those formerly working communities remain poor and neglected, and face even worse ruin with soaring drug abuse rates. While Blacks suffered from the epidemic of crack, White Americans are suffering from an opioid epidemic, which has become the main killer in many of America’s more rural communities.

Donald Trump has failed and disappointed those who voted for him. None of the billions he promised to get by imposing tariffs on imports from China, Turkey and EU will ever reach the ruined towns of rural America.

These billions will not go toward creating jobs that will allow those white, middle-aged Americans to recover their dignity by working a job that allows them to have a house, a car and send their kids to college.

Those jobs will never come back; and Donald Trump and his buddies on Wall Street will never invest billions of dollars on retraining middle-aged white men, nor will Trump spend that money on training rural and urban youth to have top paying technology jobs. These youths will be lucky to escape the Opioid Epidemic and the chance of early death or life on the streets.

The ICC and “International Order”

A few days ago, John Bolton, the patriotic Israeli Zionist, threatened to sanction the World Court and its justices if they ever entertain the idea of filing war crimes charges against Israel or the US.

This man pretends to represent the country that was the first in the world to introduce the notion of an international judicial system that addresses war crimes. Mr. Bolton apparently forgot the Nuremberg war crimes trial, the proudest moment for America as leader of the world.

Mr. Bolton forgets the US was a key party in the founding of the United Nations, and he simply forgets the pivotal role the US played in forming the World Trade Organization, which is not so surprising.

But, If Trump and his administration have nothing but contempt for America’s constitutional system, it is no surprise this translates to contempt for the world international order.

On the international scene, recognizing Jerusalem as the capital of Israel, appointing a “Jewish Only” team to deal with the Israeli-Palestinian conflict, cutting off aid to UNRWA, and closing the PLO’s office in Washington are affronts to the idea that America can ever be fair and honest broker in the Middle East.

Previous administrations played a fraudulent game of pretending to be fair, even as they supported illegal Israeli action in the Occupied Palestinian territories and lavished Israel with military and economic aid worth billions of dollars, given to a “country” with a per capita income that exceeds the per capita income of those states that voted for Donald Trump.

The contempt Donald Trump has for America’s institutions and to America’s traditional higher values – a sense of fairness, justice and the rule of law – certainly disqualifies Trump from even being remotely related to an “American Idea”.