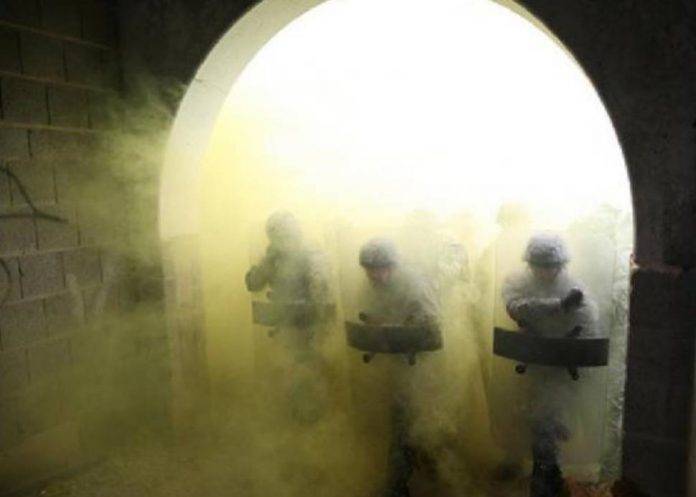 Member countries of the Collective Security Treaty Organisation (CSTO) participate in NATO exercises more often than not. How should Russia react to this taking into consideration the fact that  collective security implies collective secrets?

Several days ago, the Central Command (CentCom) of the US Armed Forces announced the launch of “Regional Cooperation – 2018” military exercises at the Edwards military base in the State of Massachusetts. Tajikistan and Kazakhstan –  members of the Collective Security Treaty Organisation participate in the manoeuvres as observers. As noted, special attention will be paid to the development of stabilisation operations, border security operations, counter-terrorism operations, drug control and non-proliferation operations.

Other CSTO members – Armenia and Kyrgyzstan – also take part in such events. Belarus has not reached this point yet, but there are many offers the country can choose from.

The CSTO is an analogue to NATO. Unlike NATO, the CSTO does not have centralised administration, but members of the organisation have common air defence systems and collective operational response forces. Illegal distribution of classified military information stipulates criminal responsibility for all CSTO member states. There are secrets that NATO must never get to know. Can Russia be safe given NATO’s likely awareness of everything that happens inside the CSTO?

Alexei Leonkov, an expert at Arsenal of the Fatherland magazine, shares his opinion on the subject with Pravda.Ru.

“Almost all CSTO members participate in NATO exercises, but NATO refuses to enter into collective cooperation with the CSTO. What kind of trend is this?”

“Moscow can not prohibit CSTO members from taking part in American exercises because they are independent states. The Americans try hard to insinuate themselves into their confidence. For example, they invited Kazakh specialists to US training centres to show advanced military science and technology to them. Now they are courting other Central Asian republics, such as Armenia. Yet, all this is like a mousetrap for CSTO members. If they get caught in this trap, they will experience another Libya, Iraq and Syria – all those countries used to be friends with the Americans before the latter attacked and ripped them apart.”

“What are the advantages of the CSTO over NATO?”

“Reality calls for changes inside the CSTO, and Russia is already working in this direction. We offer education at Russian military high schools, we offer arms systems at preferential prices.

“The Americans offer their friendship, but if you tell them that you’d rather do without them, they arrange provocations near your borders. You cry for help, and the Americans are there for you. This is how they work. The countries that swallow the bait sooner or later end up very badly. Ukraine is a bright example for that. Ukraine used to be great friends with Russia. Russia and Ukraine were cooperating closely, but at one point the Americans decided that they wanted to go West. Where is Ukraine now?”

“What can Russia do should a CSTO member decide to go West too?’

“Russia air defences in CSTO member countries are deployed on Russian army bases. If they have their own air defences, they would be third-generation Soviet weapons that can hardly deal with  modern challenges. These systems are united in one CSTO system, but a significant component of these forces are several units of Russian electronic warfare. During the war in Iraq, the Americans seized the Osa missile system, S-75 and S-125 complexes in Iraq, and they studied them. Moreover, they trained their aircraft on those complexes, although to no avail. Russia constantly develops her air defences – this is one of our top priorities. Russia understands that uninvited guests try to take over the countries, with which Russia is trying to establish good-neighborly relations. To neutralise those efforts, a whole complex of measures is required – it’s called soft power. Unlike the Americans, Russia gives her neighbours more real benefits. We do not give loans at huge interest, and we provide a huge sales market for their economies within the framework of the Eurasian Economic Union. We hope that CSTO members can see that Russia is offering them more transparent cooperation and more interesting projects.”