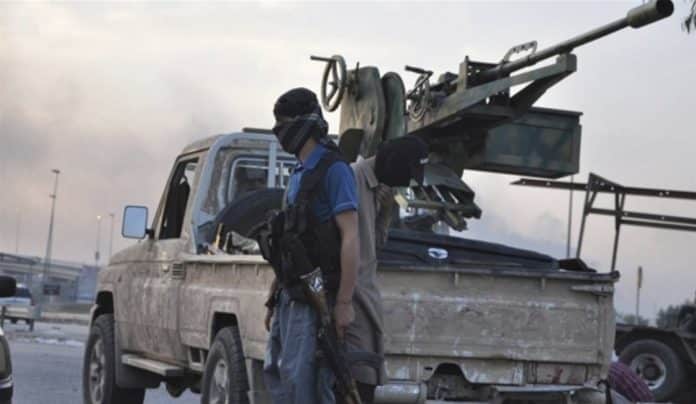 Samir Bukana nom de guerre Abu Abdullah al-Mohajer, a former commander of the ISIL with Moroccan origin and Italian nationality, who was responsible for transferring weapons from Turkey to Syria for the ISIL, told the Kurdish-language Hawar News on Saturday that the foreign terrorists entered Northern Syria with the help of Turkey’s intelligence agency.

Bukana, who was arrested by the Kurdish forces as he was running away to Turkey, added that he entered Jabal al-Akrad region in Syria’s Lattakia province along with a group of foreign ISIL terrorists after residing in a camp belonging to the Turkish intelligence agency in Antakya.

He said that the ISIL terrorists in Northern Syria received orders from Turkey, and added that they withdrew to the Turkish lands after fighting against the Syrian army forces in Lattakia for a while upon Ankara’s order and then were dispatched to Northern Aleppo to fight against the Kurds after receiving weapons and military equipment.

Bukana, who was also ISIL’s man in charge of recruiting foreign forces from the European states to fight Syria, said Turkey provides security for the terrorists and, for instance, denied to extradite an Australian terrorist to Canberra in one of such cases.

In a relevant development on Saturday, the London-based Syrian Observatory for Human Rights (SOHR) reported that a sum of 185 trucks, carrying arms and ammunition, have been forwarded by the Turkish army to regions held by the Ankara-backed militants in Idlib and Hama provinces.

SOHR said that a sum of 185 Trucks, carrying a large volume of weapons and munitions including missiles, were forwarded by the Turkish army via Kafr Lusin border-crossing to the regions that are under the control of the National Liberation Front in Idlib and Hama provinces.

SOHR Further said that the Turkish army has sent tens of convoys of arms and ammunition to Syria via Kafr Lusin border-crossing as the Syrian and Russian fighter jets were not carrying out combat flights over the region in the last few days.

In the meantime, the Lebanese al-Manar News Network reported on Friday that almost a hundred military vehicles of Turkish army crossed the border with Syria and entered Northern Idlib.

SOURCEFars News
ATTENTION READERS
Due to the nature of independent content, VT cannot guarantee content validity.
We ask you to Read Our Content Policy so a clear comprehension of VT's independent non-censored media is understood and given its proper place in the world of news, opinion and media.