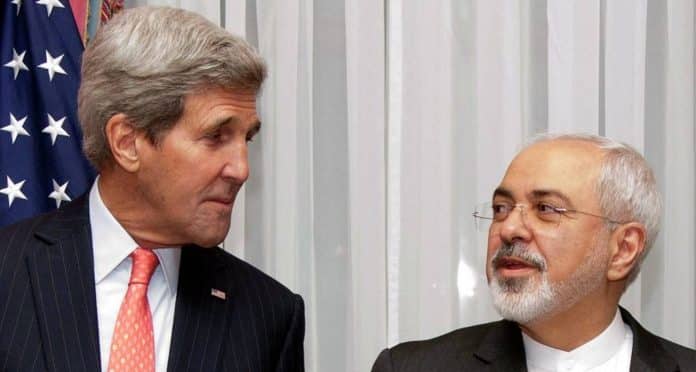 “What Secretary Kerry has done is unseemly and unprecedented,” Pompeo told reporters at the State Department. Pompeo accused Kerry of engaging “with the world’s largest state sponsor of terror” and said the meetings were “inconsistent with the foreign policy of the United Sates.”

The top US diplomat also noted that Iran has fired rockets toward US embassy in Baghdad this week and has “taken action” against the US consulate in the Iraqi city of Basra. Earlier on Friday, Trump slammed Kerry for “illegal meetings with very hostile Iranian regime” and questioned whether Kerry has filed under the Foreign Agent Registration Act (FARA.)Kerry on Wednesday admitted that since leaving office, he has secretly met at least four times with senior Iranian officials in an effort to “salvage” the Iranian nuclear deal. Kerry did not inform the Trump administration about the meetings, which took place Norway, Munich and elsewhere.

However, former US Secretary of State in a recent Twitter message advised US President Donald Trump to pay more attention to Paul Manafort’s cooperation with Special Counsel Robert Mueller than to his conversations with Iranians.

The 2015 Iran nuclear deal requires the international community to gradually remove sanctions against Iran in exchange for the Middle Eastern country accepting limits on and monitoring of its nuclear program.

The United States announced its withdrawal from the multilateral accord in May and began reimposing its anti-Iranian sanctions in August.In the wake of the US move, the other parties to the Iranian nuclear deal — Russia, Germany, China, France, Iran, the United Kingdom and the European Union — have reaffirmed their commitment to the agreement