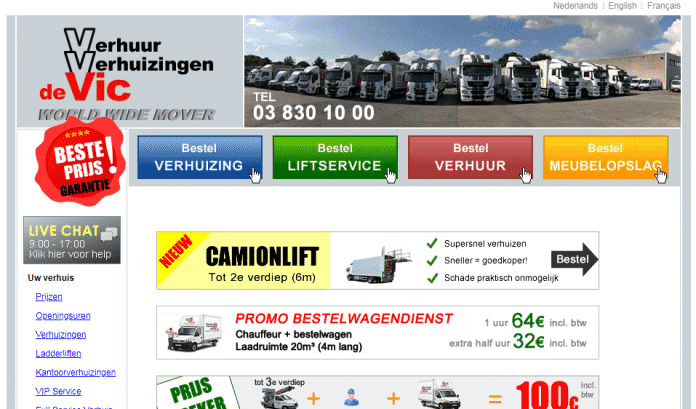 WORLD NEWS: The Belgian transport company A. VERHUIZINGEN DE VIC NV www.devic.be Denomination in Dutch, since May 28, 1997 owned by a Turkish businessman faces a possible $1 million lawsuit for mishandling transport and storage of a 300 year old family estate from Africa.

This is not the first time that Belgian transport companies come under the international scrutiny. Just a few months ago another transport company ABC Verhuizers faced a lawsuit for infringement of IP rights and was ordered to halt all business for six months by the judge.

A deeper research also indicates that these companies make as much as 220% profit of both local and foreign clients using unregulated transport from eastern Europe. Irregularities in invoicing seem to be at the heart of their business, but if you call to collect they are fast to collect your valuables for transport without proper paperwork or contracts when investigative journalist looked at it.

Foreigners moving to Belgium are warned to be cautious of companies who are there to make a quick buck and neglect or damage the goods transported.

It’s extremely alarming considering that many US diplomats use these companies in Antwerp and with NATO in the nearby regions who could fall prey and victims to these quick buck scandals.

The damaged estate contained two concert pianos of which one was made for Her Majesty Queen Elisabeth of England in 1911 and was used in 1938 for the piano competition named after Ysaÿe which later became the Queen Elisabeth Competition in Belgium.

If the owners of the Family Estate proceed with the claim against the Belgian company De Vic, it’s almost certain that they could face many troubles and possible tax investigation due to irregularities in invoicing by backdating their invoices as news discovered. In the  Belgian state publication dated 07-01-2013 the company was under provisional bankruptcy administration for mishandling funds by judge Luc Kiebooms from Belgium.