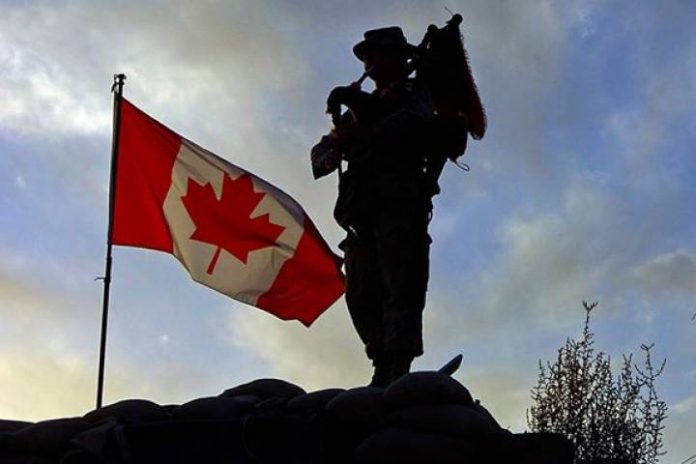 Although the social and economic extent of veteran issues is less severe in Canada compared to the United States, the country’s veteran population, estimated at over 649,300, still has needs that must be addressed by dedicated social programs.

According to Veteran Affairs Canada, the two biggest challenges Canadian veterans face are homelessness and mental health; both of which have been included in recent social programs that aim to increase the health and well being of ex-soldiers.

According to the latest statistics, published in early 2018, members of the Military who have been deployed to war zones are likely to experience re-adapting issues when they come back or experience a mental health issue:

In total, there are 11 operational stress injury clinics and 4,000 mental health professionals in Canada who offer their services to the ex-military, plus satellite service clinics in residential veteran neighborhoods and 7 operational trauma and stress support centers funded by the Canadian Armed Forces.

All of these establishments comprise teams of mental health professionals who are familiar with the stress and trauma experienced on the field and deliver specialized solutions in-office.

In addition to these, there are also telecare and online support programs for veterans who do not have a qualified mental health practitioner near them:

The Canadian Government, together with Veteran Affairs Canada, are currently working on a number of mental health initiatives, including a suicide prevention hotline for veterans and training centers for mental health practitioners for the military. This way, they are trying to prevent bigger problems later on, such as addition and homelessness.

Apart from mental health, homelessness is another important issue among Canadian veterans.

According to the latest studies, there are more than 2,500 homeless veterans in Canada, and the number could be higher, because many of the ex-soldiers who seek help in shelters do not want to reveal their military background. In most cases, veterans become homeless 10 years after leaving the service and the causes most invoked for homelessness include addiction and mental health issues.

The first national conference on ending homelessness in Canada took place in 2013 and ever since there have been a number of initiatives on this topic, such as rehabilitation programs and career transition services.

The latest initiative for ending homeless in Canada started in April 2018, when a Calgary-based non-profit, the Homes for Heroes Foundation, committed to building tiny home communities for the 180 veterans in the area. The foundation partnered with construction and insulation contractors to make available purpose-built communities. Each community will have 15 to 20 affordable, fully furnished tiny homes, 250-square-foot each.

In the center of these homes there will be a communal garden where residents can interact and the founder of this non-profit also wants to have social service counselors on site to provide support to veterans who need it.

The mission of Homes for Heroes Foundation doesn’t stop here. According to their statement, they will continue to build similar second community in Calgary and another one in Edmonton.

Every home will be named after a Canadian soldier who died while serving for their country. The project, which is estimated for completion in fall 2018, benefited from the donations of Architecture Tiny Home Design and a number of local businesses and residents.

All of these houses are affordable, but they are also built in accordance to current housing quality standards and aim to offer Canadian veterans the comfort and well being they deserve.