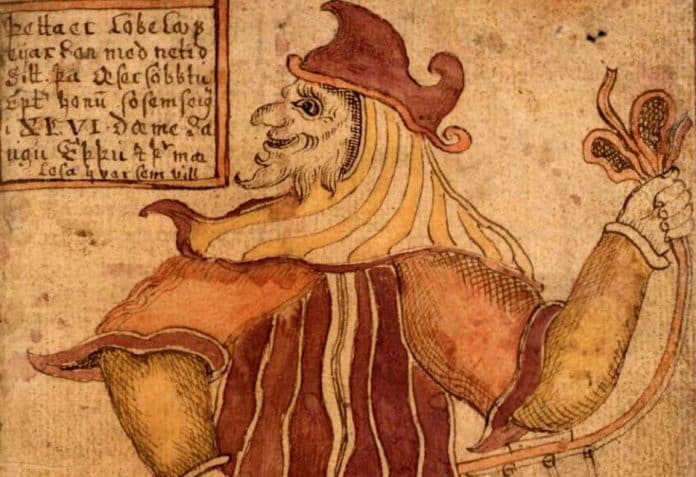 —In memory of Tara Wallace—
A man would die on the Belgian Expedition and another go mad and die shortly after returning home. The medical officer of the Southern Cross Expedition would die of an unknown illness and a crewman would die from what was diagnosed as an intestinal disorder. The Southern Crosses first mate would also die on the return voyage home. A couple of more men from later Heroic Age expeditions would also die of mysterious and debilitating heart disease and yet two more would shoot themselves through the head not a year after returning home.
The Gauss Expedition lost three men, with another one badly maimed, from what was then being called ‘polar anemia’ and is now known as Beriberi. The Germans would wait twenty-four years before publishing a ‘medical report’ for the Gauss Expedition, long after Beriberi was wrongly being attributed to a Thiamine deficiency.
Beriberi is now believed to be caused by a “poison of molds,” most likely citreoviridin, a mycotoxin produced by Aspergillus terreus a mold found in soils all over the world. The Germans have always known Beriberi is caused by a contaminant. Christiaan Eijkman, a Dutchman who won the 1929 Nobel Prize in Medicine for discovering Beriberi ‘was caused by a vitamin deficiency,’would not even attend “the ceremony” because he already rightly suspected a neurotoxin to be the real cause of the disease.121
Citreoviridin can be purchased from German chemical colossus Merck KGaA through a subsidiary called “Sigma-Aldrich.” 122 George W. Merck, the man who established America’s biological weapons program, was the son and heir of Friedrike Merck who “emigrated from Germany in 1891 to establish E. Merck and Company on 62 Wall Street. Before WWI, E. Merck and Company was a subsidiary” of KGaA. George W. Merck worked very closely with Ira Baldwin, who was Frank Olsen’s supervisor at the University of Wisconsin and the man who recruited Olsen “to work in the Army Biological Warfare Laboratories at Camp Detrick.” 123 Sigma-Aldrich, eldritch…
A mold is a multicellular fungus as opposed to unicellular fungi which are called yeasts. Many fungi are dangerous pathogens, but at the same time they are like Greta Garbo. When they dine, they want to be alone. Towards that end, they secrete powerful antibacterial agents, particularly Aspergillus and its close cousin Penicillium, from which antibiotics are made. Others like the ergot fungus and certain mushrooms are legendary for their hallucinogenic properties.
Fungus is distinguished from plants and bacteria by the chitin in its cell walls. Chitin is the primary ingredient in the shells of crustaceans and the exoskeletons of insects, which is why Lovecraft describes the Mi-Go in other stories as bat-winged humanoid crabs. Lovecraft was a learned man, far more learned than today’s academically accredited parrots…

Please support us through Patreon.com/jackheartwriter

Two people exchanging insults in verse for the entertainment of an audience is an integral component of the twenty-first century cultural phenomenon known as Hip Hop. It’s called Battle Rap and is engaged in by all Rap music’s major stars. Till the sixteenth century, it was also the pinnacle of entertainment in the banquet halls of the Norse. There it was called flyting. “In Anglo-Saxon England, flyting would take place in a feasting hall. The winner would be decided by the reactions of those watching the exchange. The winner would drink a large cup of beer or mead in victory, then invite the loser to drink as well…” 142

Be fettered, thou forger of ill.”

Loki mocks Freyr for having traded his sword for the hand of a beautiful giantess in marriage and tells him he will be without it when the Sons of Muspellheim come to fight. Byggvir, Freyrs servant, tells Loki that if he were Freyr, he would beat him to death to which Loki replies “What little creature | goes crawling there, Snuffling and snapping about?” 151

Heimdall who is the guardian of Asgard tells Loki that he is drunk and Loki lashes back that it is Heimdals evil fate to remain “With back held stiff | must thou ever stand, As warder of heaven to watch.” Skathi, the wife of Njorth, tells Loki:
“Light art thou, Loki, | but longer thou mayst not
In freedom flourish thy tail;
On the rocks the gods bind thee | with bowels torn

Forth from thy frost-cold son.”

Loki reminds her that he was foremost in the slaying of the giant Thjasse and the recovery of Iduns apples of immortality and she wasn’t being so cross with him when she lured him into her bed. “Then Sif [Thors wife] came forward and poured mead for Loki in a crystal cup…” 152

Loki had single-handedly beaten all the Æsir in Asgard in an epic display of flyting, he had undressed each Æsir in front of the other Æsirs, his salutation was being poured by the wife of the greatest warrior on this side of Muspellheim, but he just could not stop. Sif thanked him for not talking about her so Loki did; saying he knows the name of the one whom she has had sexual improprieties. When Beyla, Sifs servant girl, tells him Thor is coming now to shut him up for good, Loki calls her an infectious and foul piece of filth, “steeped in sin.” 153
Thor bursts in, threatening to kill Loki with his hammer Mjollnir to which Loki replies
“Lo, in has come | the son of Earth:
Why threaten so loudly, Thor?
Less fierce thou shalt go | to fight with the wolf
When he swallows Sigfather up.”
Thor threatens him again and again with decapitation by Mjollnir and finally Loki concedes that Thor is the only Æsir that scares him and that in the interest of staying alive he must now leave, but he reminds them that he had come in there alone and spoke what was on his mind… 154
“And after that Loki hid himself in Franang’s waterfall in the guise of a salmon, and there the gods took him. He was bound with the bowels of his son Vali, but his son Narfi was changed to a wolf. Skathi took a poison-snake and fastened it up over Loki’s face…” 155Loki’s only crime had been telling the truth and using a universally accepted venue to do it. As far as him killing Baldur, Baldur is not even dead; these are prophecies. What Loki said while flyting was theater like the kind put on by Eminem or Snoop Dog to entertain children. This is why most prosecutors will not prosecute for murder without a body.  There is an old German ending to fairytales: Und wenn sie nicht gestorben sind, dann leben sie noch heute. If they haven’t died, they still live…

Please support us through Patreon.com/jackheartwriter

132 – Gould, Rupert. ‘The Auroras, and Other Doubtful Islands.’ In Oddities: A Book of Unexplained Facts. London: Geoffrey Bles, 1944.