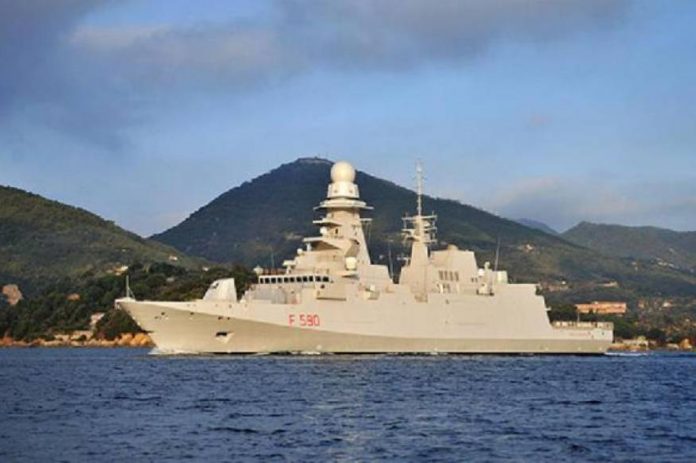 Editor’s note:  The following article from Pravda was blocked from Google translate, leading to continual redirection and page load errors.  This is a common practice for Google, censoring reports from Russian media.

In a terrible incident that occurred over the Mediterranean, in the immediate vicinity of the coast of Syria, the truth, as always, is somewhere nearby. Disappeared on the night of September 17 to 18, IL-20 carried away to eternity 14 Russian military. And the questions that are actively asked about this by all more or less involved in the tragedy, never to wait for official answers.

Meanwhile, the simplest explanation is not always the most plausible. First of all, it is necessary to analyze soberly the very scheme of the fighting of Syrian air defense and Israeli aviation, as well as take into account some details about the French frigate Auvergne hanging near the battlefield.

Four Israeli F-16s raided Syrian targets. In principle, Tel Aviv never comments on the military operations that are under way, but in this case the Israeli military made an exception. In an official communique, they noted that the Russian apparatus had disappeared from the radar screens when the military aviation with the star of David on the wings had already returned to the base.

At the same time, it is reliably known that the French frigate Auvergne also took part in firing at targets near the village of Latakia. It is curious that the Israelis, following the Americans, ritually nod to the Syrians and their air defense system: they say they did not notice the Russian plane, and then some stray missile accidentally knocked him down …

Of course, such an “act” is excluded, if only due to the fact that all missiles are equipped with a system of recognition of “one’s own”. Of course, the Russian Il-20 could not help but have a signal on board the emitter. Accordingly, it is difficult to assume that the aircraft fell victim to an accidental munition. Nevertheless, it is difficult not to mean impossible in the sense that, nevertheless, the Syrian air defense system is used not by the latest generation of anti-aircraft systems, so a bad situation can not be ruled out. At the same time, it is difficult to believe that the experienced fired crew, who accumulated more than one sortie on their account, purposely took advantage of the fire – into the very thick of the battle.