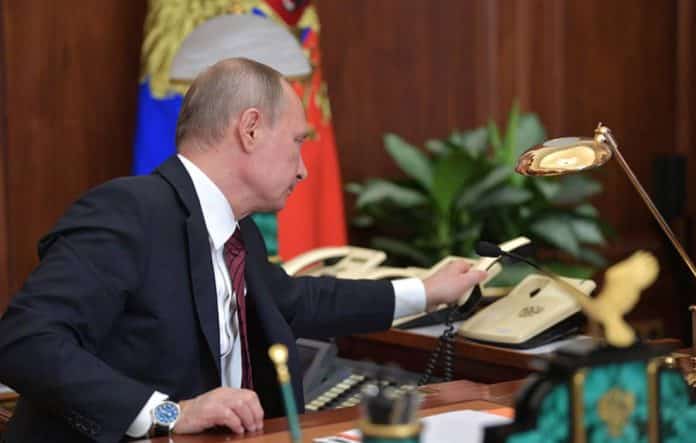 Editor’s note:  Fake translations of this story are on the internet.  This is a real one and Israel’s story about it’s pilots not seeing the Russian plane are cast aside as the total bullshit they are.

MOSCOW, September 18. / TASS /. Operations of the Israeli air force are being undertaken in violation of Syria’s sovereignty, Russian President Vladimir Putin said during a telephone conversation with Israeli Prime Minister Benjamin Netanyahu. According to the press service of the Kremlin, thus, he reacted to the actions of the Israeli Air Force on September 17 in Syria, as a result of which a Russian Il-20 was shot down and 15 servicemen were killed.

“Putin reminded that such operations of the Israeli air force are being carried out in violation of Syria’s sovereignty, in which case Russian-Israeli agreements on the prevention of dangerous incidents were not observed, and as a result, the Russian aircraft was under fire from Syrian air defense weapons,” the press service of the head of state.

The Russian president called on the Israeli side not to allow such situations from now on, the Kremlin added.

The Prime Minister of Israel expressed his condolences in connection with the death of 15 servicemen who were aboard the Russian Il-20 plane shot down in Syria. “To conduct a thorough investigation of the tragedy, Benjamin Netanyahu promised to provide detailed information on the actions of Israeli aircraft over the Syrian territory that will be brought to Moscow by the Israeli Air Force commander in the near future,” the Kremlin said.

The conversation between Putin and Netanyahu took place on the initiative of the Israeli side.