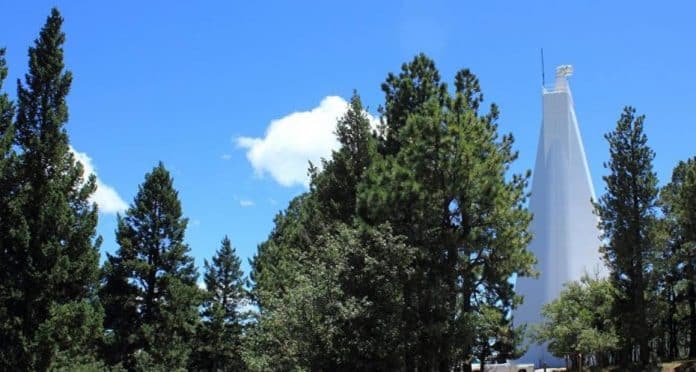 The FBI was investigating child pornography when it closed down the Sunspot Solar Observatory in New Mexico on September 6, Reuters reports, citing court documents. As the FBI remained tight-lipped about the situation, the incident caused many on social media to form conspiracy theories to explain the mystery behind the closure.

Reuters reports that a 39-page application for a search warrant finally solved the mystery, quelling the numerous conspiracy theories that have popped up on social media.

The janitor apparently conveyed that he “believed there was a serial killer in the area” who may enter the observatory and execute someone, according to the director.

​Even local authorities were left grasping for straws during the roughly 10-day closure. “I think it’s chicken sh*t the way the FBI handled it. I have a responsibility to protect my citizens,” said the local sheriff, Otero County Sheriff Benny House, after it was announced that the observatory would be reopened on September 16. The post office on the compound and people living nearby who were also evacuated in early September were also allowed to return.

The Sheriff had been fighting for details since the beginning. His team was asked to help by the FBI but he gave up when they wouldn’t give him any details as he had not perceived any threats himself. “There was a Blackhawk helicopter, a bunch of people around antennas and work crews on towers, but nobody would tell us anything,” he said at the time.

A private security company was also called in to do patrols in the area, but was also left out in the dark about the nature of the FBI investigation. The FBI repeatedly refused to answer questions from local authorities or reporters.

Speculation about the case grew so intense that the observatory felt the need to put the conspiracies to rest, saying “it definitely wasn’t aliens.”