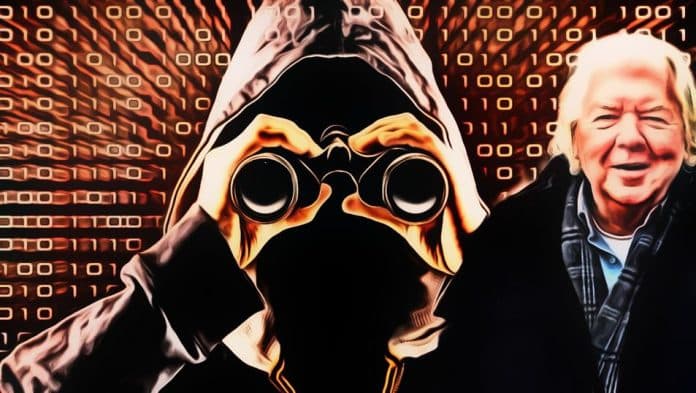 After recently finishing a multi-part series on the long history of “fake” news propaganda behind America’s current anti-Russia hysteria, a friend sent an email she’d received from “Bestselling Author & Dream Shaman Robert Moss.” Robert Moss currently leads seminars and workshops at some of the best known New Age institutions such as Omega and Esalen.

He had played an important part in our just completed series, but not as a dream coach offering workshops in “advanced shamanic dreaming practices to journey into other realms and receive wisdom and gifts for your life.”

The Robert Moss we knew once played a vital role in delivering tailored propaganda, exaggerated threats and outright fabrications to intentionally heighten Cold War tensions with the Soviet Union. The Robert Moss we knew had been a key agent in steering Western Democracies toward extreme rightwing political candidates and policies.

The Robert Moss we knew helped lay the groundwork for the rise of the new right-wing neoliberalism, the trickledown economics of Milton Freidman and the presidency of Ronald Reagan.

Moss has been described as one of the CIA’s main disinformation assets; having contributed to the military overthrow of Chile’s elected president Salvador Allende in 1973 and the subsequent atomization of Chilean democracy.

In his work for British intelligence it was Moss who wrote the famous speech that transformed Margaret Thatcher from a racist anti-immigrant campaigner into Britain’s “Iron Lady” in January 1976.

It was Moss who tutored Iran’s top SAVAK agent in a last minute attempt to save the Shah and it was Moss who propagandized on behalf of South Africa’s Apartheid regime.

For reasons that are not explained, there is no mention on Moss’s website that before he turned to dream work he was a protégé of notorious CIA and MI6 operative Brian Crozier. Along with the CIA and MI6, Moss left a high level and successful career as a master propagandist (i.e. an expert in lying) working for the Institute for the Study of Conflict ( ISC) and Forum World Features , a London based CIA propaganda news service which operated from 1965 to 1974. Nor is there mention of his relationship to the Pinay Cercle, a secretive international policy group which continues to this day to bring together financiers, intelligence officers and politicians with links to fascist organizations and political factions from around the world.

Apparently unknown to his New Age audience, Moss was once infamously well known to the intelligence world. His roman à clef novel The Spike with co-author Arnaud de Borchgrave aimed at undermining the credibility of Vietnam era war correspondents like Seymour Hirsch – by portraying them as agents of the KGB. And his work on an anti-Palestinian narrative with Crozier, helped to establish the blueprint for the endless war on (Islamic) terror kicked off with 9/11.

This comment from Edward Herman and Gerry O’Sullivan’s 1989 The “Terrorism” Industry, makes it clear, “Robert Moss has been a major figure in the organization of terrorism think tanks and in the dissemination of the right-wing version of the Western model of terrorism. In fact, as Fred Landis has pointed out, “For a price, Moss would go to Rhodesia, South Africa, Iran, and Nicaragua and tailor his standard KGB plot to local circumstances, thereby justifying repression of the political opposition and denial of human rights.”

Moss withdrew from the world of make-believe threat-conjuring in 1987 to write books and run workshops on the power of dreaming. But with his cutting edge expertise in seeding the collective unconscious with lies and fabrications for political and financial purposes, can it really be assumed that Robert Moss’s dream work is only about helping people to receive wisdom and gifts for your life?

Robert Moss’s Students should be asking these questions

In the interest of what some might call, “full disclosure” one would think Robert Moss would want to come clean about his past, rather than cast doubt on his motives. Trust is a vital commodity for those engaged in the intimate work of dreaming but Moss’s lack of candor raises questions. Both the CIA and Britain’s MI6 were known for their research into the military uses of psychic phenomena. The techniques for joint dreaming (entering the dream of another person) that Moss offers in his workshops, were explored long ago by the CIA’s Project MKULTRA  and Britain’s Tavistock Institute.

Far from being fictional, the theme of the 2010 Leonardo DiCaprio film Inception is the corporate expression of weaponized dream research done by the CIA and MI6. The film deals with the commercial uses of dreaming in order to plant ideas in others for profit. Many viewers may have assumed the film was just fantasy but if a man with Moss’s capabilities in the collective unconscious has moved with his talents into the dream world, one might ask whether weaponizing the dream world isn’t part of the plan.

The objectives of Project MKULTRA “involved the use of many methodologies to manipulate individual mental states and alter brain function.”  The project was kept secret from its unwitting victims for two decades before being exposed, but there is no reason to assume research into the methodologies to manipulate mental states, ended there. The purpose of propaganda is to seed the unconscious with misinformation and what better way to reach the unconscious than dreams.

An even better vehicle would be to seed a willing dreamer and it’s here that Robert Moss’s nondisclosure begs the question. Is the New Age movement being secretly penetrated and are the willing victims aware that they may at some future date be used as weapons?

Even more troubling, it makes one wonder how much of the New Age movement itself may have been secretly weaponized without disclosure by other “retired” agents.

These are critical questions that must be asked before attending a Moss workshop or even reading one of his books.

Here are quotes from an internet post from 2007 by a woman who attended a number of Moss’s workshops that raised concerns about his background, sincerity and the purpose of his techniques. Whatever authentic shamanic power Moss might bring to his dream workshops, his lack of transparency left her uneasy and suspicious that the real Robert Moss was someone other than a helpful dream coach.

“He made a point… that a symbol from my dream which held particular significance for me in fact meant nothing at all (how could it mean nothing at all? – it was everywhere in my dream!). This is in direct conflict with his repeated statements that the dreamer is the final authority on their own dream, and that nobody can tell the dreamer what their dream means. I also witnessed him imposing what struck me as an inordinate amount of will when another woman in the circle was…using one of her own experiences. This was a person who had already been doing her own dream work quite well for the last 20 years.

I was beginning to get the confirmation of what I had begun to suspect, that this guy is really just in it for the ego gratification, the illusion of power, and the money, and anyone who won’t allow them to be manipulated by him to meet those ends is undesirable.

At the break … his new trainee… tell[s] me to leave. The excuse she gave was that I was “too advanced” for this workshop, that this was “for beginners” and that I was “scaring people”. One thing she didn’t understand is that …Robert’s “advanced” workshops are “by invitation only”, and that I had never been extended an invitation to any of these. … It was clear they just wanted to be rid of me”

Paul Fitzgerald and Elizabeth Gould are the authors of Invisible History: Afghanistan’s Untold Story, Crossing Zero The AfPak War at the Turning Point of American Empire and The Voice. Visit their websites at invisiblehistory and grailwerk.com