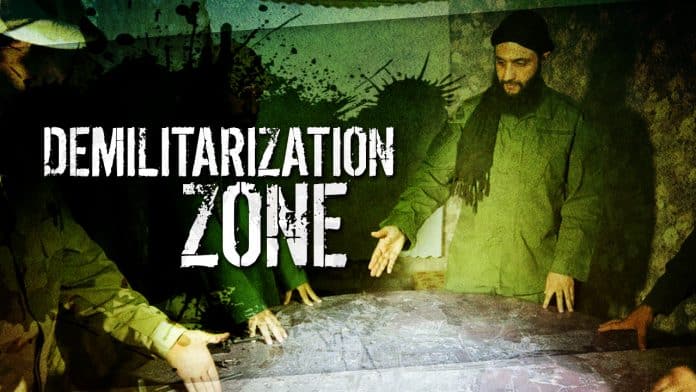 An implementation of the demilitarized zone agreement in Idlib reached during face-to-face talks between Russian and Turkish presidents on September 17 has appeared to be not a simple task as it has been pointed out by many experts.

On September 18, Hayat Tahrir al-Sham (formerly Jabhat al-Nusra, the Syrian branch of al-Qaeda), the Islamic Turkistan Party, Jaish al-Izza and Hourras Addin refused to respect the agreement and to withdraw its forces and military equipment from the contact line.

On the same day, Russian Defense Minister Sergey Shoigu stated that work to establish a new security system in the Idlib de-escalation zone had started. He recalled that all heavy weapons have to be withdrawn from the demilitarized zone by October 10 and radical groups have to withdraw their forces by October 15.

So, Turkey and the Syrian-Iranian-Russian alliance have to force the militants to obey the agreement if they seek to enforce the demilitarized zone in time. Pro-militant media outlets have already started spreading speculations that Damascus will not act up to its part of the agreement thus creating a media environment to justify actions of Hayat Tahrir al-Sham and its allies.

The Syrian Arab Army (SAA) ambushed two groups of ISIS members in the Homs-Deir Ezzor desert. Two ISIS members were killed and seven arrested as well as some weapons and six motorcycles were seized by government troops in the area 30 km southwest of Palmyra. Separately, the SAA arrested seven ISIS members and seized 10 motorcycles, 146 pieces of hashish and 14 bags of Captagon containing 10 thousand pills in the area of Froua 70km southeast of Palmyra.

The situation is developing over the downed Russian IL-20 during a September 17 Israeli strike on Syria. Following the attack Defense Minister Shoigu stated that Israel is the side bearing a full responsibility for the incident and added that Moscow reserves “the right to respond”. President Putin described the incident as a string of tragic circumstances. “As for retaliatory measures, they will be first and foremost aimed at additionally ensuring the security of our military personnel and facilities in Syria,” Putin stated.

The Israeli Defense Forces and Prime Minister Benjamin Netanyahu expressed their “regret” at the loss of the Russian lives. Nonetheless, the Israeli side claimed Syria, Iran and Hezbollah are the side responsible for this situation.

There are currently two versions of the shot down: Russia says that Israeli F-16 warplanes used the IL-20 plane as cover to hide from Syrian air defense fire. Israel claims that the IL-20 was shot down by indiscriminate fire from the Syrian Air Defense Forces and there were not Israeli warplanes in the area when the incident took place.

The situation is developing. However, it’s clear that the September 17 incident will further complicate the de-escalation in the region.