As I informed the U.S. Department of State numerous times, Mr. Zalmay Khalilzad is an obstacle to peace. He is corrupt war profiteer and needs to be investigated and prosecuted. Right now he is in Dubai wining and dining and meeting with “so-called “representatives of the Afghan freedom fighters/villagers. These people he is meeting are not the Afghan freedom fighters nor do they represent them. He is just meeting with anyone who has a beard. Khalilzad just wants the United States to believe he is meeting with Afghan freedom fighters and working for peace, but in reality he is just looking to keep the war going so he can continue to profit from it. Khalilzad is looking out for his own pocket at the expense of the Afghans and the U.S. It is just a farcical show. 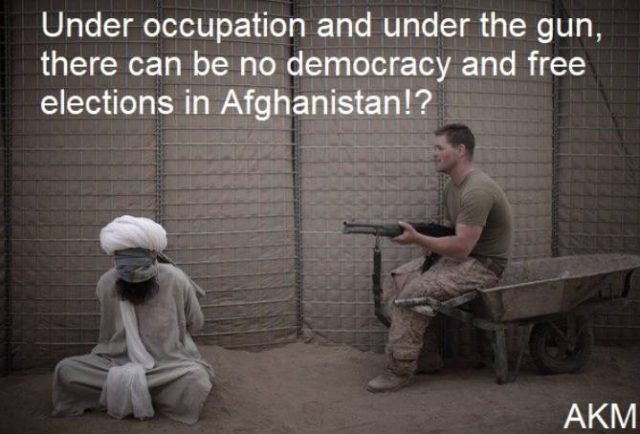 It is not wise to put a hungry fox like greedy, billionaire war profiteer, Khalilzad, in the cage with the peace bird. Secretary of State Pompeo needs to remove Mr. Zalmay Khalilzad from his position if the United States is really seeking peace.

Please stop wasting U.S. tax dollars on Afghan election (U.S. selection of the Afghan administration), as there can be no true free elections when Afghanistan is still under the occupation of the United States and NATO. Stop the elections or more accurately the U.S. selection” of Afghan administrations. There can be no democracy when a country is occupied by and under the gun of a foreign invader. The U.S. government needs to focus and spend the money in the United States on its election/voting processes and equipment as our democracy is in question and under attack by Russia and others. 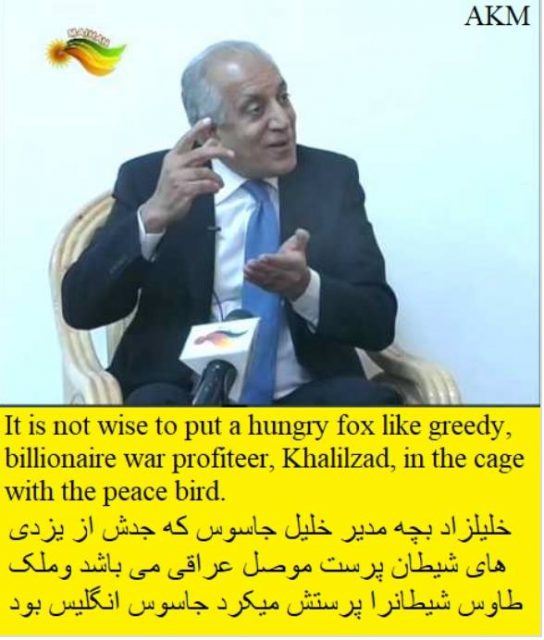 In 2015, pursuant to the freedom of information act, I had requested public records regarding Khalilzad and a lot of other topics related to the war in Afghanistan. I never received a response as required under the freedom of information act law and implementing regulations and policies. If the Department of State is still following the rule of law then it needs to properly respond to FOIA requests and have transparency. Otherwise, it is obvious the U.S. government is only looking out for the war profiteers and corporations. It is not concerned about transparency or the people. I am still waiting for a response. Please see the attached letter.

RE: Freedom of Information Act Request

After speaking with you on Monday, March 9, 2015 I am highly discouraged about the prospect for peace in Afghanistan. I realize that my government does not want to end its covert war in Afghanistan and seek peace. Based on my information, I believe it is all about the genocide of the Afghan/Pashtun tribe because they stand in the way of my government’s control of the Afghan/Pashtun’s REEs and permanent military occupation. I believe that is why my government’s divide and conquer strategy and covert war with its mercenaries/contractors and Afghan puppets/war profiteers continues. Again, I contacted you for guidance and because my government serves me as a U.S. citizen. As I told you numerous times, I know I am not an employee of any branch of my government nor have I ever requested to become an agent or employee. I simply want an end to war, blood shed, and an end to the genocide occurring in my native land. I believe the genocide, ethnic cleansing, massacring, torturing, raping, disappearing, slaughtering of several hundred thousand innocent Afghan/Pashtun villagers are war crimes and human rights violations. I believe the United States, NATO, the puppet Ghani and their governments and others have committed war crimes in Afghanistan during these past fifteen years. Sadly, I believe the U.S. government is responsible for the John Kerry ISIS daesh project in Afghanistan for the purposes of spreading propaganda and dividing and conquering the Afghan/Pashtun Tribe, who are the largest tribe in the world. 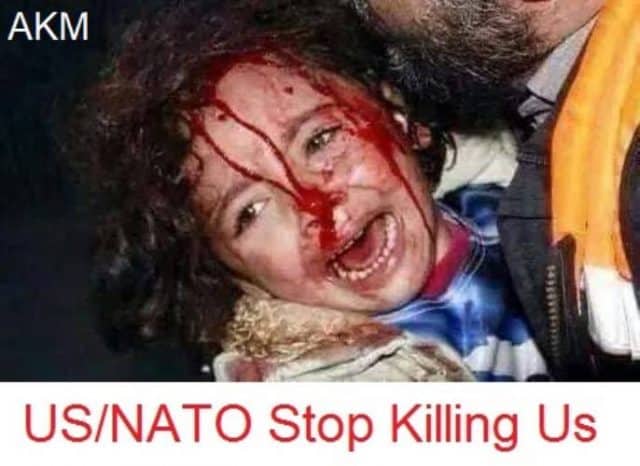 Pursuant to the Freedom of Information Act, I am requesting copies of any and all public records or documents, pertaining to or in any way related to the following:

1. bilateral security agreements signed between the U.S. government and the Afghan government

since the U.S. invasion of Afghanistan in 2001;

2. the deposits and mining of Rare Earth Elements (REEs) in Afghanistan;

3. the U.S. employment records of Ashraf Ghani when he worked as an interpreter for James Dobbins including but not limited to any notes, letters, memoranda, papers which Ashraf Ghani wrote while he was spying on Afghans at the Bonn Conference in 2001;

5. the number and names of U.S. citizens, who hold or held positions or are or were part of the executive, legislative and /or judicial branches of the government of Afghanistan since 2001;

6. the money expended to pay the Afghan warlords and communist war criminals including but not limited to Rashid Dostum, Abdullah Abdullah, Abdul Rab Rasul Sayyaf, and Mohammad Mohaqiq;

8. the number of Afghan civilians killed in Afghanistan since the U.S. invasion in 2001;

9. the number of Afghans/Pashtuns killed in Afghanistan since 2001;

10. the number of Afghans/Pashtuns detained since 2001 in prisons in Afghanistan;

12 the John Kerry, ISIS Daesh project of divide and conquer to create and bring new terrorist groups into Afghanistan such as ISIS (daesh, Arbakai, ISIL) including how much money he gave to Abdullah Abdullah and the name(s) of the commander(s);

13. the number of hazardous waste sites, landfills, dumps, contaminated areas etc. and the locations and coordinates of these sites;

14. the number of Afghans/Pashtuns who have been tortured by the U.S., its private contractors/mercenaries and its other agents such as the Afghan Puppet government since 2001.

15. policies, procedures, rules, regulations regarding Department of State employees, officials, and/or agents and /or their relatives or close friends and or their business(es) or company(ies) obtaining or being involved in business contracts with the U.S. government or U.S. AID to the self-serving war profiteer Zalmay Khalilzad was he working for the Department of State;