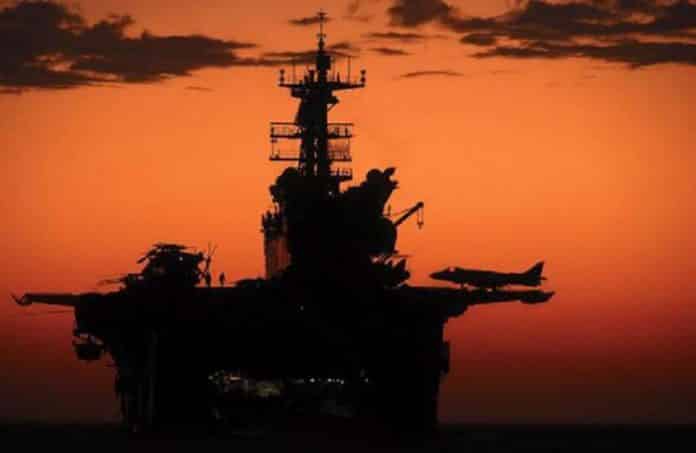 Their goal is to “support NATO allies in the coalition and national security interests.” According to the commander of the Sixth Fleet Lisa Franchetti, the group will work out the entire available set of naval operations. “The group also includes nine squadrons of deck-based aircraft, the group also includes a missile cruiser” Normandy and destroyers.

The US keeps several ships in the Mediterranean Sea that were there before the Trump missile strike in Syria, so we can conclude that the West simply intends to report that it is he, led by the United States, that keeps everything under control.

At the same time, NATO absolutely does not want a direct military confrontation with Russia, but it constantly violates the established limits of what is permitted. That is, no guarantees on the situation now no one will.

Recall that today, near the coast of Syria, the US Navy destroyer Donald Cook is based. He is constantly in Rothe near Gibraltar. A little to the east of the Peloponnese is the multi-purpose nuclear submarine “John Warner” of the type “Virginia”, which is able to launch its Tomahawks throughout the country. The American 5th Fleet also includes a cruiser “Monterey”, destroyers “Labun” and “Higgins”. It was they who released 37 Tomahawks from the Red Sea in April, and Higgins hit 23 rockets from the Persian Gulf.

By the way, on the basis of Rott is “Carney”, “Ross” was recently relocated to Scotland for training, and “Porter” literally appeared yesterday in Helsinki. The same “Winston Churchill” from Rota will reach Syria in four days.

What is characteristic, the support of Britain and France can only be symbolic, since the pride of the nation aircraft carrier “Queen Elizabeth” will become operational only in 2020. While in the course of the remaining nuclear submarines of the type “Astyut” and “Trafalgar”, in the ammunition of which there is a certain amount of “Tomahawks”.

The French same Navy will release the aircraft carrier Charles de Gaulle from repair only for the winter, so three multipurpose ships, one air defense and one PLO were involved in the attack across the country. Germany noted moral support, sending the only frigate Hessen in the AOG Truman.

On the Russian side, things are not quite perfect – Admiral Kuznetsov was in repair last October, and Peter the Great does not go to sea for about seven months. However, at the same time, Russia has an air base Khmeimim, located just 2.5 km from the coast of the Mediterranean Sea. It is not ruled out that the MiG-29K (UB) will be quickly relocated from the 100th separate fighter aircraft regiment in Severomorsk-3.

“If China had sent its aircraft carrier made in the USSR to the Mediterranean, the same” Pi Pi Xia “, but it has not yet completed the test, and China needs it closely,” write the military experts.

In general, there is no one else to send to the Mediterranean, as new Article 12 of the Montreux Convention prevents the passage of straits by new strains (only for repairs). Analysts have already voiced the conclusion that on April 14, the day of the strike against Syria, the ships of the operational connection of the Russian Navy in the Mediterranean carried out their mission, minimizing the number of missiles that were fired.

Today, the same number of NK and Russian Navy submarines can be deployed against US Navy warships. Hence the conclusion suggests that the balance of forces in the region is still quite acceptable.

Embed Pravdu.ru into your information flow if you want to receive timely comments and news: