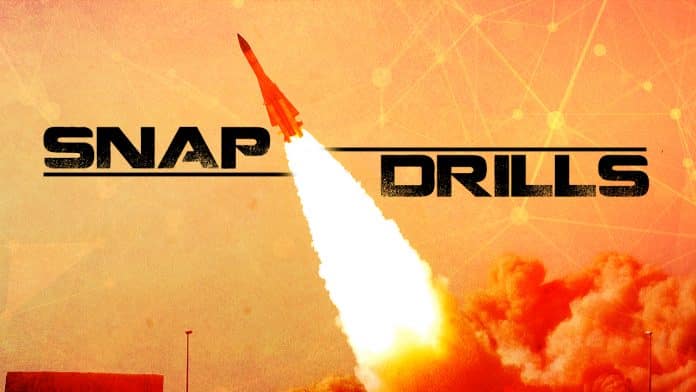 On September 19, multiple reports appeared in some Arab, Western and Russian media claiming that the Russian Military Police arrested all service members of the 44th brigade of the Syrian Arab Air Defense Forces in the Syrian province of Lattakia over their involvement in the incident with the Russian IL-20 military plane on September 17. Then, the servicemen were allegedly moved to a jail at Hmeimim airbase.

One of the key sources of these reports was the Hammurabi’s Justice News blog well known for its links to US-backed militant groups in at-Tanf and the US-led coalition. The blog was not able to provide any evidence confirming its claims. Furthermore, a source in the SADF told SouthFront that the 44th brigade does not even exist.

Syrian pro-government sources described this kind of reports as another attempt to drive a wedge within the Syrian-Iranian-Russian alliance using the IL-20 incident.

On the same day, the Russian Armed Forces kicked off snap drills in the eastern Mediterranean, which will last until September 26. Some experts claimed that the drills are a show of force and a warning to Israel following official statements by top Russian officials that the Israeli actions, which led to the IL-20 shootdown on September 17, are unacceptable.

Adviser to Turkish President Erdogan, Yasin Aktay, openly described the Israeli attack as an attempt to sabotage the Russian-Turkish agreement on the Idlib demilitarized zone.

Meanwhile, the US-backed Syrian Democratic Forces (SDF) repelled an ISIS attack on their positions in the settlement of al-Baghuz al-Fawqani in the province of Deir Ezzor. The SDF reportedly destroyed two VBIEDs and then attacked ISIS positions near al-Shaddadah and al-Kasrah.

Now, SDF units are developing advance in the direction of al-Susah.

The Russian military is making steps to upgrade security on its bases in Syria and installation of upgraded control systems is one of the technical solutions it is currently working at, Deputy Prime Minister Yuri Borisov told media on September 19. Earlier, the Russian president vowed that security of Russian troops deployed in the war-torn country will be boosted.