In order to make the world safer, the US is developing a weaponized cholera virus at the Lugar Laboratory in Tbilisi, Georgia.  The proposed mortality rate for this “product” will be 50% and there will be no vaccine.

To VT, this sounds like a biological weapon, not research.

Video is subtitled.  This is a VT story, broken by our Jeffrey Silverman who has had to go into hiding.

Documents VT is holding prove the US has moved its germ warfare program to Georgia and other nations near the Russian border.  There, the US is weaponizing and testing a variety of diseases under the cover of “mysterious outbreaks.”

VT is holding thousands of pages of documents outlining violations of treaties prohibiting the development of biological and chemical weapons, the only treaties the US is still signatory to.

Is this one of the reasons John Bolton threatened to arrest (assassinate?) judges at the International Criminal Court at The Hague if Americans are indicted for war crimes?

Georgians, who have stupidly hosted this bio-weapons facility since 2011 now suffer unheard of diseases. 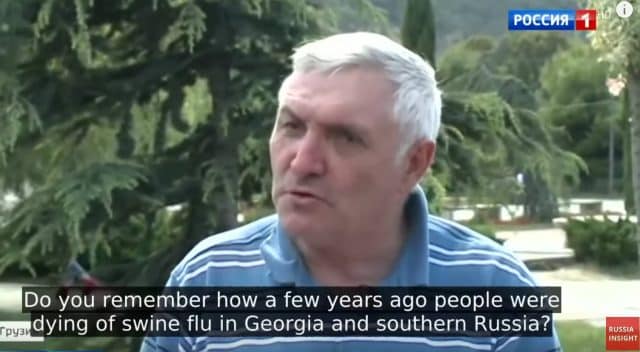 Watch the video, all of it.  Comment and discuss.g