In a case in Israel regarding the Jewish state stealing land from Palestinians in the Palestinian West Bank and Palestinian East Jerusalem (Israel refers to these Palestinian areas by their Hebrew Bible/Old Testament names of Judea and Samaria), the state of Israel made these eye-opening and concerning statements:

“The Knesset has no limitation which prevents it from legislating extra-territorially anywhere in the world, including the area [‘Judea and Samaria’].”

“Although the Knesset can legislate [concerning] any place in the world, although it is entitled to violate the sovereignty of foreign countries through legislation that would be applied to events occurring in their territories […], although it is within the authority of the Government of Israel to annex any territory […], although the Knesset may ignore directives of international law in any area it pleases […] despite all these, the plaintiffs seek to define a “rule” by which precisely in Judea and Samaria the Knesset is prohibited from legislating anything, and that precisely there, and nowhere else in the world, it is subject to the directives of international law’.”

These arrogant and aggressive positions taken by the Jewish state of Israel makes it very clear that Israel is a very real danger and threat to all people and to all nations everywhere, including America and Americans.

The deafening silence of their goy-boy in chief, Donald Trump, who hasn’t said a word about these claims that Israel has no limitations on legislating anywhere in the world, that the Jewish state is entitled to violate the sovereignty of foreign nations, that it can annex any territory it wants and that it does not have to follow any international laws, makes clear Trump’s true interest is to put Israel first, and not America first, contrary to what he claims.

According to the ungodly playbook of the Hebrew Bible/Old Testament:

Jewish superiority and Israel over all is the key theme of the Hebrew Bible/Old Testament and parts of the New Testament.

The Jewish scholar Leo Strauss, who is considered to be the father of the warmongering on Israel’s behalf neoconservative movement, believed society and government should be based on the Hebrew Bible/Old Testament.

In the editor’s introduction to a collection of Strauss’ writings, Jewish Philosophy and the Crisis of Modernity, Kenneth Hart Green writes, “Strauss learned from Maimonides that religion is essential to any healthy political society, and certainly for the moral life of human beings. 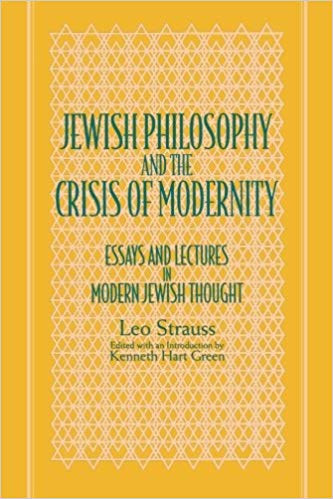 Over and above this, Maimonides convinced Strauss that Jewish religion, based on the Hebrew Bible, is most essential to ground a ‘genuine’ morality for almost every human being.” This is all part of the war going on between religion/superstition represented by Jerusalem, and our innate God-given reason/philosophy represented by Athens.

If they are successful in turning society into a Hebrew Bible/Old Testament based society, Gentile people and our children everywhere will literally become slaves to Jews. This is evident from Leviticus 25:44-46 which claims God told the Jews:

“Both thy bondmen, and thy bondmaids, which thou shalt have, shall be of the heathen that are round about you; of them shall ye buy bondmen and bondmaids.

Moreover of the children of the strangers that do sojourn among you, of them shall ye buy, and of their families that are with you, which they begat in your land: and they shall be your possession.

And ye shall take them as an inheritance for your children after you, to inherit them for a possession; they shall be your bondmen for ever: but over your brethren the children of Israel, ye shall not rule one over another with rigour.”

To think that The Supreme Intelligence/God would ever say or command something like this is an insult to God. The American founder and Deist Thomas Paine pointed out in The Age of Reason what nonsense it is to believe the Bible claim that the Jews are God’s chosen people. Paine wrote:

A major source of support for the Jewish state of Israel is found in the literally millions of Christians who are also Zionists. Many, if not most, of these people sincerely believe the Bible is God’s Word.

We can help them to free themselves from this harmful and ungodly delusion, and at the same time remove a major source of support for Israel and the US politicians from both parties who sacrifice American lives and money for the benefit of Israel in order to advance their own political careers, by helping these people to realize that God gave us reason, not religion. To again quote Thomas Paine regarding this important topic:

“I believe it is only in the CREATION that all our ideas and conceptions of a Word of God can unite. The Creation speaks a universal language, independently of human speech or human language, multiplied and various as they may be.

It preaches to all nations and to all worlds; and this Word of God reveals to man all that is necessary for man to know of God.”