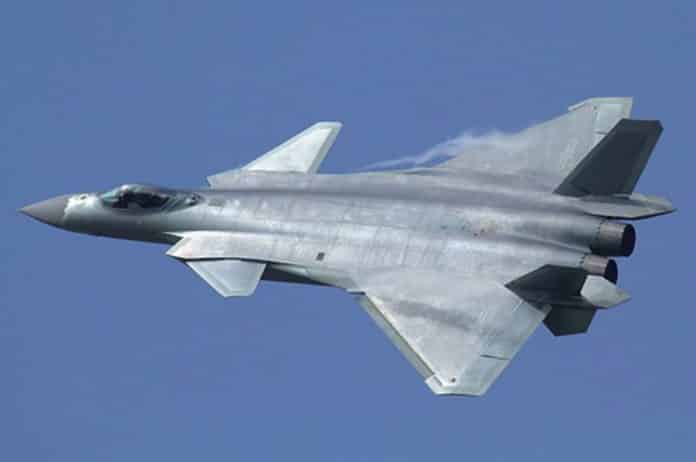 China is confidently expanding its influence around the world, including in the military sphere. The country increases the power of its naval forces, invests more and more money in military technology, but does not hesitate to use the experience of other countries.

The Chinese People’s Liberation Army is constantly in search of “inspiration” when it comes to the need to develop new types of weapons. Although the purchase or theft of foreign military technology can be seen as a strategic weakness, China nevertheless rejects costly and time-consuming research and development in the military-technical sector.

Foreign borrowing is most evident in the Chinese Air Force. China is developing aircraft with a wide range of capabilities, but unlike the US and other countries with highly developed air forces, most of China’s military aircraft are based on developments that have been bought or stolen from competitors.

In the 1980s, the United States cooperated with Israel in the development of a new combat aircraft based on General Dynamics F-16. The cost of creating a new aircraft was constantly growing, and the US eventually withdrew from the deal, leaving the Israeli Lavi fighter unfinished. Years later, the Americans discovered that Israel had sold plans to develop Lavi to China, granting China unprecedented access to technologies that were originally developed for the F-16.

The Chinese J-10 aircraft has more than a striking visual similarity to the F-16. The technology, received from Israel, allowed China to achieve significant success in comparison with fighters of the 1960s era. This military aircraft did not become the last Chinese fighter, which used in its design elements of the F-16.

The updated version of the J-10 was commissioned last year with an advanced fire control system with radar, a wider use of composite materials to reduce the weight of the aircraft and a number of other updates designed to maintain the relevance of the J-10 for several decades. 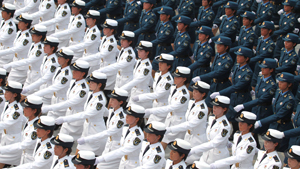 In the late 1980s, China did not miss out on the Su-27, which was developed in the Soviet Union to provide air superiority as opposed to US jet aircraft, such as the T-14 Tomcat. The USSR had no choice but to sell the Su-27 technology to the Chinese in the face of an economic downturn, although it was initially assumed that China would receive a new plane from Mikoyan’s bureau.

China quickly launched its own Su-27 aircraft, and then improved their design and eventually created the J-11. Su-27 technologies included advanced avionics systems, which China was also able to use for later platforms of the J-11 fighter.

In 2000, Russia sold to China a number of developments that were created for the Su-27, and China’s subsequent efforts to use it along with its own technologies led to the creation of the J-16, a modified and updated Su-27.

The USSR refused to part with the secret developments of the Su-33, but China found a way out and bought a prototype of the Su-33 aircraft from Ukraine.

The result was a fighter that has a similar design of the folding wing of the Su-33 and a general appearance combined with several Chinese innovations that allowed to reduce the weight of the car.

In the US, it is believed that the Chinese military drone Caihong-4 (CH-4) is based on technology that was originally created for the American UAV Reaper General Atomics MQ-9. Their external similarity is striking. Nevertheless, the CH-4 has fewer units for hanging ammunition, which means that its powerplant is weaker than the American one. China continued to work on improving its UAV and created an updated version of the more reliable CH-5.

In the 1960s, China bought from the USSR drawings for the MiG-21 aircraft of the Mikoyan-Gurevich design bureau, which was subsequently modified to create a Chinese J-7 aircraft. This plane became the basis for a new cooperation between China and Pakistan, whose goal was to adopt a new fighter that could compete with another MiG-the new Soviet MiG-29 aircraft.

Thanks to China’s access to F-16 aircraft technology within the framework of the Israeli Lavi program, this cooperation resulted in the unification of the characteristics of the F-16 and the MiG-21 and the creation of a new aircraft. Elements of the F-16 and MiG-21 can be seen in the FC-1, whose nose and tail is similar to the F-16, and the wings to the MiG-21 wing design.

This plane continues to fly today, and for many reasons it is a fighter that will be used for several decades. The newest versions of the JF-17 now include the possibility of refueling in the air, the wider use of composite materials for weight loss, as well as the technology of EDSU (electric remote control aircraft).

J-20 – the first fighter of the fifth generation of China – was created not only to compete with the American F-22 Raptor. In many respects, the Chinese fighter has become a direct copy of the Raptor fighter. Lockheed Martin’s drawings were stolen by a Chinese citizen named Su Bin, who was sentenced to 46 months in prison for this crime.

J-20 and F-22 Raptor are very similar to each other externally, but on this similarity ends. The Chinese fighter can not boast of using advanced stealth technology, which makes it vulnerable in the air.