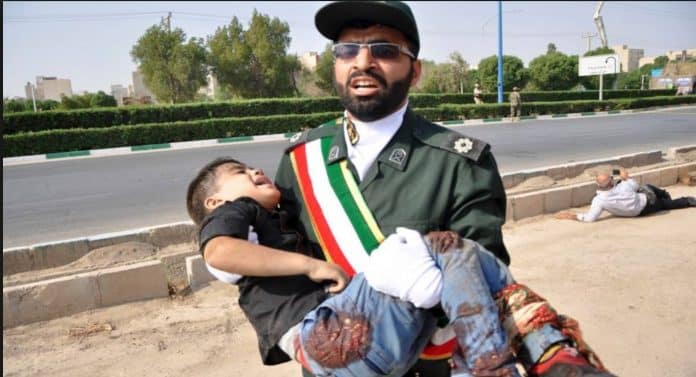 MOSCOW (Sputnik) – Iranian Armed Forces spokesman, Brig. Gen. Abolfazl Shekarchi, told IRNA that the militants who had committed a terrorist attack on a military parade in the Iranian city of Ahvaz on Saturday were linked to the United States and Israel. 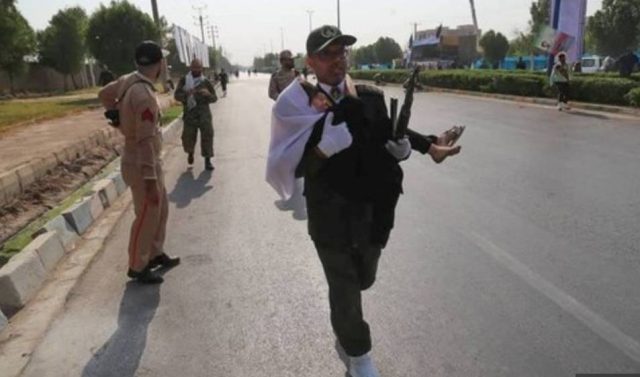 “These terrorists are not members of the Daesh* [terrorist group, banned in Russia] and do not belong to groups fighting the Islamic system. These people are linked to the United States and [Israeli intelligence service] Mossad. These militants were organized and trained by two countries of the Persian Gulf,” Shekarchi said in an interview with a local agency. 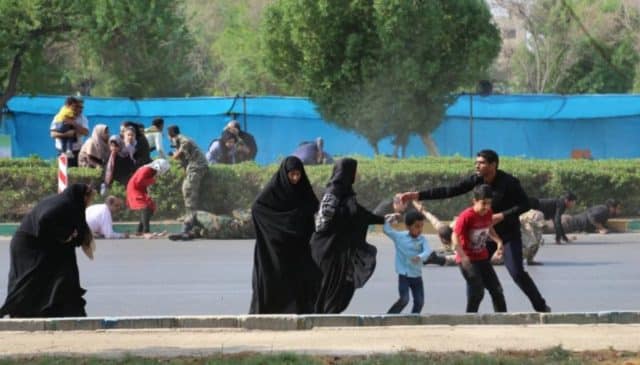 The spokesman added that the servicemen had killed all four militants who committed the attack. 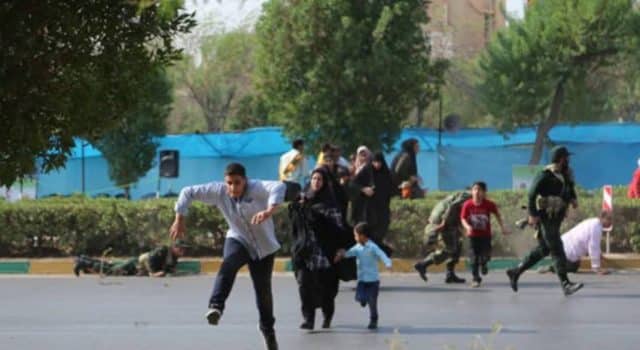 Earlier, Iranian Foreign Minister Javad Zarif accused “regional terror sponsors and their US masters” of organizing the attack.The minister’s statement came as a response to the incident reported earlier in the day when armed militants opened fire at the parade, leaving at least 25 people killed and another 60 were injured, according to media reports.

The Saudi-linked Patriotic Arab Democratic Movement in Ahwaz has reportedly claimed responsibility for the attack.

Four gunmen dressed in fatigues opened fire at a military parade in southwestern Iran, killing at least 29 people including women and children.

The brazen attack on Saturday in the city of Ahvaz came as the country marked the anniversary of the start of its 1980-1988 war with Saddam Hussein’s Iraq, and prompted President Hassan Rouhani to warn of a “crushing response”.

Those killed included members of the elite Revolutionary Guards and women and children who had come to watch the parade, the Iranian state-run IRNA news agency said. More than 50 people were wounded.

Three of the attackers died at the scene while a fourth was arrested and later succumbed to his wounds, armed forces spokesman Brigadier General Abolfazl Shekarchi said.

“Of the four terrorists, three were sent to hell at the scene, while the fourth who had been wounded and arrested went to hell moments ago due to his severe wounds,” Shekarchi told state television.

Khuzestan province’s deputy governor Ali-Hossein Hosseinzadeh told the semi-official ISNA news agency “eight to nine” troops were among those killed, as well as a journalist.

Gunfire sprayed into a crowd of marching Guardsmen, bystanders, and government officials watching from a nearby riser. A video distributed to Iranian media showed soldiers crawling as gunfire blazed towards them. One picked up a gun and scrambled to his feet as women and children fled for their lives.

“We suddenly realised that some armed people wearing fake military outfits started attacking the comrades from behind [the stage] and then opened fire on women and children,” an unidentified soldier said.

“They were just aimlessly shooting around and did not have a specific target.”

Iran’s Supreme Leader Ayatollah Ali Khamenei said the attack was linked to the United States’ “allies in the region”.

“This crime is a continuation of the plots of the regional states that are puppets of the United States, and their goal is to create insecurity in our dear country,” Khamenei said in a statement.

He did not name the states, but US allies in the region include Iran’s arch-foe Israel, Saudi Arabia, and the United Arab Emirates.

Mostafa Koshcheshm, a Tehran-based political commentator and journalist, told Al Jazeera that Revolutionary Guards officials were blaming the Ahwazi separatist movement, which has been “nurtured, supported, and trained by Saudi Arabia”.

“It’s been operating for the past several years, they are looking to cut off and separate Iran’s energy rich province of Khuzestan from Iran, which is exactly what Saddam Hussein wanted to do,” said Koshcheshm.

“They call themselves Arab nationalists but we know they have very intimate ties to the Mujahedin-e-Khalq,” he said referring to an Iranian exiled dissident group accused of killing thousands of Iranian civilians and officials.

State media described the assailants as “takifiri gunmen” – a term previously used to describe the Islamic State of Iraq and the Levant (ISIL) group.

It also showed images of the immediate aftermath where paramedics were seen helping someone in military fatigues laying on the ground. Other armed security personnel shouted at each other in front of what appeared to be a viewing stand for the parade.

Ahvaz is the capital of Iran’s oil-rich Khuzestan province. The province in the past has seen Arab separatists attack oil pipelines.

The Guards, the most powerful and heavily armed military force in the Islamic Republic, also play a big role in Iran’s regional interests in countries such as Iraq, Syria and Yemen.

They answer to Supreme Leader Ayatollah Ali Khamenei and have a vast stake worth billions of dollars in the economy.

*Daesh, also known as Islamic State, ISIS or ISIL is a terrorist group, banned in the United States, Russia and many other countries.