By 2024, the Russian submarine fleet equipped with supersonic missiles is being prepared for combat readiness, CNBC reported referring to a source informed by US intelligence. 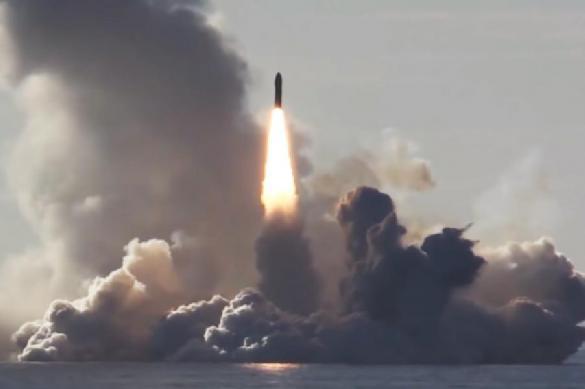 It is also reported that by this time it is planned to increase the number of newest submarines to eight. In addition, the TV channel states that for these purposes, Russia has cut spending on upgrading the surface segment of the fleet.

CNBC refers submarines to the class “Borey 2” or “Borey-A” – submarines of the fourth generation. On board each of them there are 20 Bulava missiles with a separating warhead – they can withstand up to ten nuclear and hypersonic blocks. It follows, the television channel notes, that one “Borey 2” will be able to launch 200 supersonic missiles – “a threat that the US is not yet able to prevent.”

Earlier CNBC reported that the hypersonic missiles ” Dagger ” and the system ” Avangard ” will be put on alert by 2020.

Today, the Navy has three strategic missile submarine cruisers (SSBNs) of the Borey project. “Yuri Dolgoruky” bears combat duty in the Northern Fleet, “Alexander Nevsky” and “Vladimir Monomakh” – in the Pacific. Until 2020, it is planned to commission one more nuclear submarine – the underwater cruiser of the modernized project 955 Borey-A “Prince Vladimir”. The ship is being checked now, it passes factory and state tests. The crew is already organized and prepared in the training center of the Navy. Most likely, “Prince Vladimir” will go to serve in the fleet before the end of this year.

The Bulava missile was received by the Navy in early 2013, together with the inclusion of the head of the RSKSN “Yuri Dolgoruky” in the fleet. From that moment, Borei and Bulava became the basis of the naval component of Russia’s nuclear forces and the guarantor of strategic parity with the US for the next 30-40 years. The range of the missile is eight thousand kilometers, the launch mass is 36.8 tons. It can carry from six to ten hypersonic maneuvering nuclear blocks of individual guidance with a total mass of 1.15 tons, capable of changing the flight path along the altitude and heading.