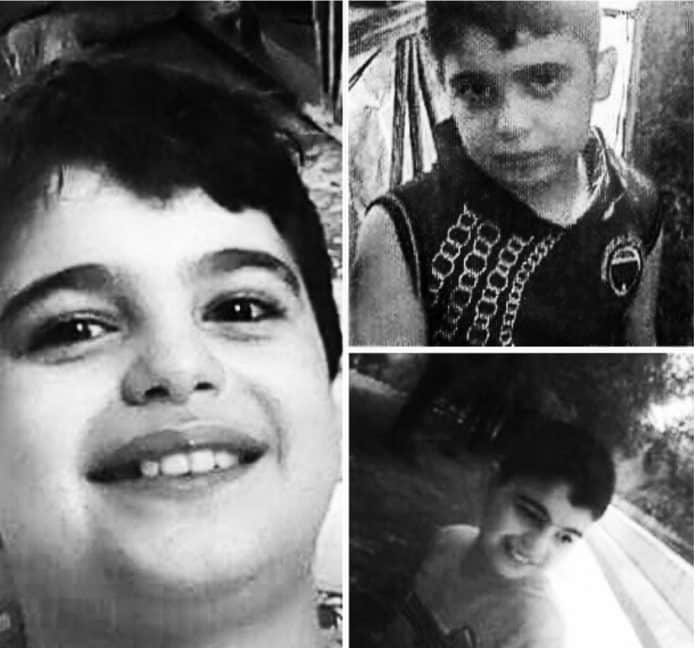 Collage of photos of the kidnapped Ahmed supplied by the family. Courtesy of Vanessa Beeley.

On September 18, 2018, Russia and Turkey announced an agreement intended to prevent a humanitarian disaster in Idlib Province, an area of Syria adjacent to Turkey, an area ruled by “rebels.”

Some aspects of the pact are clear, a demilitarized zone to be policed by Russia and Turkey, roads to be open, weapons to be withdrawn and disaster to be averted.

Behind it all is something else, a brilliant move by Russia and Turkey in the face of mindless military aggression unseen since the early days of World War II. Russia and Turkey “checkmated” the Deep State and we are now seeing the rage, Israeli attacks, American threats.

All sources are clear, the US planned a massive air attack, aided by Israel, Britain and France, on Syria by September 21, 2018. The nations involved had moved military forces in place, including US assets from around the world, in order to save the last vestiges of al Qaeda on Syrian soil.

The US already has created a virtual rogue Kurdish state by ethnically cleansing Arab populations from Northern and Eastern Syria, a state that, according to Ankara, represents a threat to Turkish security.

The risk, war with Russia certainly, a war that had been waged with propaganda, sanctions, terrorism and even possible biological warfare, has been in the offing since 2012.

What is also clear is that the war on Russia, Syria and Iran, along with moves against Turkey’s government as well, including an attempted coup, has nothing to do with regional security or any geopolitical rationale.

This is the Deep State defending its ability to maintain a constant state of war by keeping nations weakened, threatened and compliant. It is about control.

The actions of the regime in Washington couldn’t be clearer. Where Washington under Obama was a blend of real diplomacy and an undercurrent of Deep State operations, Ukraine, Libya, the Syrian so-called “civil war,” under Trump, the “gloves are off.”

This is pure mindless aggression.

The key to the Russian Turkish agreement is that it has replaced an “invasion” of Idlib, seen by the Damascus government as freeing a people under the tyranny of terrorism, and replaced it with a “peace and demilitarization process.”

Simply put, the process won’t work, it was never meant to. It was all done to comply with the fake narrative the Deep State, a term we might well use interchangeably with the “Trump administration,” has chosen. Trump, who we see as a Deep State actor, has renamed the same al Qaeda terrorists the US blames for 9/11 as “freedom fighters” and the Syrian people under their rule as enjoying the fruits of “al Qaeda democracy.”

The clock is ticking, an October 10, 2018 deadline for moving heavy weapons from a deconfliction zone guaranteed by Russia and Turkey is in effect and the terrorists have already said they won’t comply. The planned moves to support these terrorists by their Deep State supporters in Washington, Tel Aviv, London and Paris would now be construed as moves against a peace settlement guaranteed by Turkey, a full member of the NATO alliance.

This is where the brilliance applies. Where fake terrorism and propaganda has always won the day, lessons have been learned. The region is now “in play” with dark and sinister plans derailed and the Deep State sustaining very real wounds.

There are no “alternative facts” that dispute this, only a total lockdown of reporting, 100% censorship, where citing or challenging the US/al Qaeda pact in Syria is laundered from reality.

We now see the real power of media control, of Google, Facebook and Twitter as well, the ability to sell al Qaeda as democratic freedom fighters and the White Helmet terrorists as heroes.

It simply didn’t work this time, not yet anyway.

We know from sources on the ground in Idlib and from confirmations from the Russian and Syrian government and respective media, that an organization known as the White Helmets had kidnapped a number of children in Idlib to be used for propaganda videos.

The sources also indicate that the videos depicting fabricated events, “false flag terrorism” had already been shot. Prior to this, Russian media reported British military contractors bringing chemical weapons into Syria to be deployed by the White Helmets in propaganda videos.

The White Helmets exists, with full backing from Hollywood, led by mogul George Clooney himself, as a terrorist and propaganda agency of the Deep State tasked with preventing the eradication of ISIS and al Qaeda inside Syria.

The plan was simple, as forces came online, enough to devastate Syria and force Russia to back down, the media would release the fake videos, this time with, we are told, up to 50 very real dead children. Journalist Vanessa Beeley, on the scene inside Syria, has been following this story.

“Leave our children in peace. Let our children play, stop ‘playing’ with our children.” These are the words of a mother whose child was stolen and is being imprisoned in Idlib by terrorist groups and the White Helmets.

On August 30, 2018, Syrian Foreign Minister Walid Muallem stated that the US Coalition-sponsored White Helmets had kidnapped 44 children in order to use them as ‘props’ in the staging of a chemical weapon attack in Idlib. The White Helmets have a history of providing the scenarios required to precipitate FUKUS aggression against Syria.”

A War to Be Fought

There is still a war coming in Idlib. Al Qaeda has 3 million human hostages and Israel, France and Britain have already begun an air war on Syria, now without cause of any kind, no fake gas attack, no reason at all, simply rogue aggression.

Deep State control of these nations could not be clearer.

They now only await America’s next move, a game of brinksmanship with Russia. We all wait.

Gordon Duff is a Marine combat veteran of the Vietnam War that has worked on veterans and POW issues for decades and consulted with governments challenged by security issues. He’s a senior editor and chairman of the board of  Veterans Today, especially for the online magazine “New Eastern Outlook.”
https://journal-neo.org/2018/09/23/the-deep-state-s-soft-war-on-russia-and-turkey/