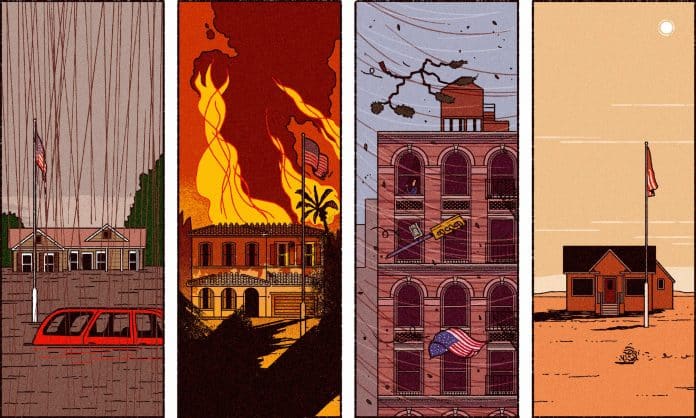 After her house flooded for the third year in a row, Elizabeth Boineau was ready to flee. She packed her possessions into dozens of boxes, tried not to think of the mold and mildew-covered furniture and retreated to a second-floor condo that should be beyond the reach of pounding rains and swelling seas. 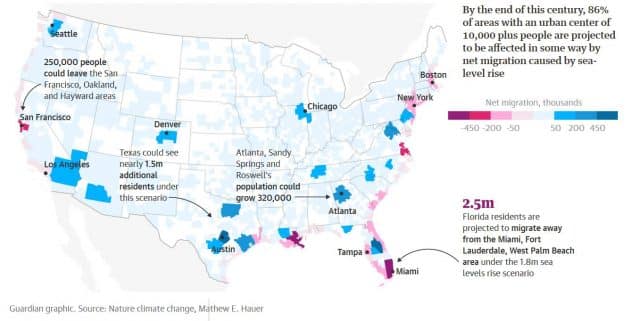 Boineau is leaving behind a handsome, early 20th-century house in Charleston, South Carolina, the shutters painted in the city’s eponymous shade of deep green. Last year, after Hurricane Irma introduced 8in of water into a home Boineau was still patching up from the last flood, local authorities agreed this historic slice of Charleston could be torn down.

“I was sloshing through the water with my puppy dog, debris was everywhere,” she said. “I feel completely sunken. It would cost me around $500,000 to raise the house, demolish the first floor. I’m going to rent a place instead, on higher ground.”

Millions of Americans will confront similarly hard choices as climate change conjures up brutal storms, flooding rains, receding coastlines and punishing heat. Many are already opting to shift to less perilous areas of the same city, or to havens in other states. Whole towns from Alaska to Louisiana are looking to relocate, in their entirety, to safer ground.