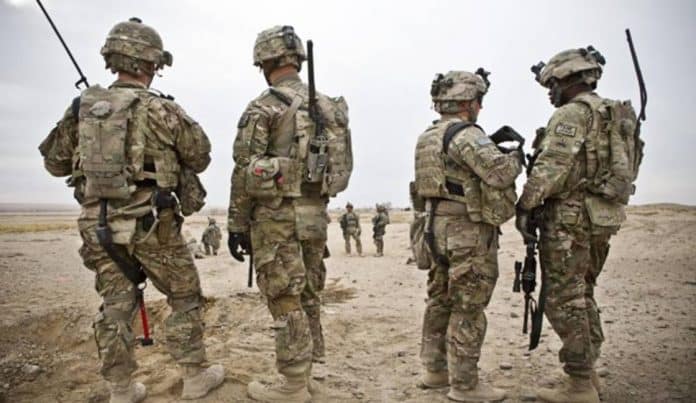 TEHRAN (FNA)- The US-led coalition artillery units opened fire at a base of the Iraqi popular forces of Hashd al-Shaabi in Western Anbar, a field commander said on Monday.

The source further said that the artillery shelling targeted areas near Hash’s base, adding that Hashd sees the move as an intentional attack on its forces.

A military source reported on Sunday that the Iraqi forces launched a large-scale operation to hunt down the remaining pockets of ISIL in a desert-like region to the country’s border with Syria.

Brigadier General Yahya Rasoul, the spokesman for the Iraqi Security Forces Information Center, said that the Iraqi forces that were under the command of al-Jazeera Operation and also the popular forces of Hashd al-Shaabi, kicked off a major operation to purge the deserts between the provinces of Nineveh, Anbar and Salahuddin to the borders with Syria of ISIL terrorists.

In the meantime, Hashd al-Shaabi announced that its forces launched a major operation under the command of Salahuddin police to hunt fugitive ISIL terrorists in Mount Hamrin East of Salahuddin.