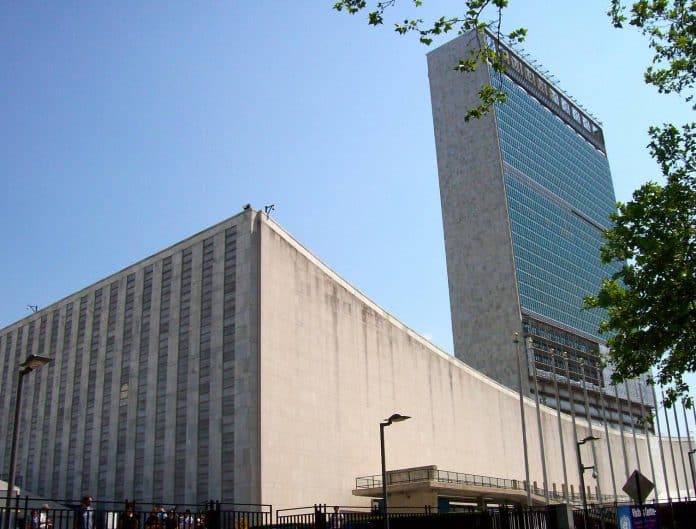 This is well above the level of “chatter.”  This was received from intelligence sources.  It is in the hands of US counter-terrorism officials at this time.  This is published as part of a policy of not withholding information.

VT does not guarantee the source nor veracity of what is below.  We are publishing this in an attempt to derail a terror attack.  This means I believe it may well be true. g

“After the French-Israeli provocation on the Russian plane, and the attack in Iran, last week, we fear that a major attack scheduled on the UN buildings years ago, 9/11 type attack, or submarine, boat attack could target the UN building this week.

We pray Allah that nothing will happen but we know the Israelis much more deeper than anybody else on earth. We are able to disable them, even if twitter is censoring us, we had the Russian plane in our radars. We believe that if any false flag attack happens in New York this week, it is the work of the Israelis, using their terrorists networks in Paris, London, Miami, New York and Toronto.

Hopefully nothing will happen, but Trump is in bad shape, his plan for the ME is not applicable under international law, so Tel Aviv might think that destroying the UN, international law, would make their plans work. (Note:  Bolton’s threat against the ICC, arrests of judges, etc., is a partial confirmation of this)

Transferring the UN to Jerusalem is in the israeli plans… Like genociding the remaining Palestinians and the other Arabs and Muslims in the West. These are the real plans, so France and Israel, like during 9/11 are hold accountable of any terrorist attack this time, they will face express justice. Let’s see if Netanyahu, his minion Trump, and his masters are courageous and attack the buildings… blame Muslims or any other country once again!”

VT is censoring the message from here onwards.  Sorry.