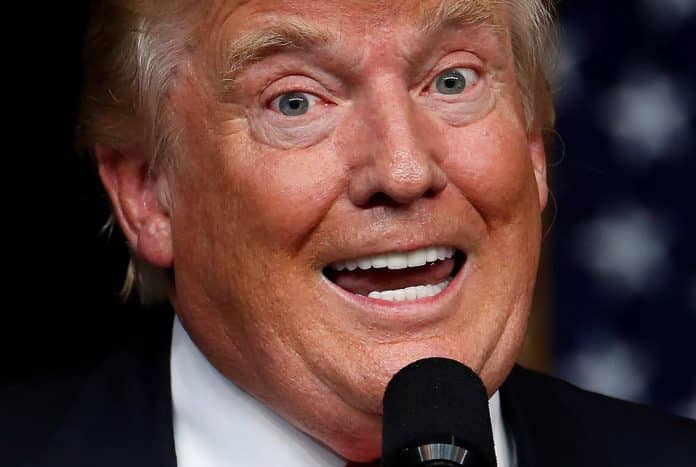 [Editor’s note:  Langfan is one of a series of foreign controlled agents allowed to operate freely inside Washington without registering as required.  Others produced the document below:

Others of us are waiting for Israel to account for its attack on the US on 9/11/2001 and its involvement in bribing and blackmailing America’s government and military to assist in its efforts to keep the world at war with itself. G]

The writer is Chairman of Americans for a Safe Israel (AFSI) and specializes in security issues, has created an original educational 3d Topographic Map System of Israel to facilitate clear understanding of the dangers facing Israel and its water supply. It has been studied by US lawmakers and can be seen at www.marklangfan.com.

At the outset of the American Civil War in 1861, the aging, wise, soon-to-be-retired-too-soon Union General-in-Chief Winfred Scott came in direct strategic conflict with George B. McClellan, the Union general who would recklessly and catastrophically lose the Union’s first phase of the US Civil War.

General McClellan believed in a direct attack into the south, and he failed. Scott believed in  a slow general blockade comprising a western smothering blockade slithering down the Mississippi, paired with an eastern naval blockade of the South’s ports.  Given the image of a slow-crushing of the South, Scott’s plan was, at first, ridiculed and derided, and came to be named after a slow, but deadly snake: the “Anaconda Plan.”  In time, Scott’s Anaconda Plan came to be the core blue-print for the North’s eventual Civil War victory over the South.

The plan’s use, however, is not limited to the good guys.

Today, for many of the same tactical reasons Scott advocated for his indirect, Anaconda blockading plan, Iran is successfully embarking on a modern-day Anaconda Plan for annihilating Saudi Arabia and capturing the Mesopotamian Black Gold Triangle that holds 54% of the world’s known oil reserves.  However, in today’s military parlance, Iran’s strategy has a fancier name, “A2/AD” which stands for “Anti-Access, Area-Denial.”

In fact, one can understand all of Iran’s seemingly disparate Arabian Peninsula/Levant Theater actions as really one-seamless Anaconda A2/AD attack plan with Saudi Arabia and the Sunni Gulf kingdoms as its one and only target. Iran plans to encircle and smother Saudi Arabia to death by insuring the United States will be incapable of defending the Sunni kingdoms when Iran strikes for their heart.

The strategic analogs between Scott’s Anaconda Plan and Iran A2/AD plan are striking.

In the West, General Scott envisioned going south down the Mississippi River to “cut the Confederacy in two.”  Today, in the north-east, Iran is going north upstream on the Tigris and Euphrates Rivers with the goal of reaching the Mediterranean through Iraq and Syria and Lebanon and cutting the Sunni Turkey/Levant battle-space in two.

We were warned by Mitt Romney in the last election campaign. Everyone laughed and claimed that the candidate’s 2012 Obama/Romney-debate truism that “Syria is Iran’s only ally in the Arab world. It’s their route to the sea.” was a gaffe.  The “genius” Washington Post andGuardian “fact-checkers” were too myopic to understand that Romney meant the “Mediterranean Sea” not the Arabian Sea.

What this Iranian Shiite land-bridge Crescent from Iran to the Mediterranean Sea really does is not just create an Iranian “route to the Sea,” it creates a strategic topological disconnection between the NATO bases of Turkey and the scenes of Iran’s ultimate point of attack: the Persian Gulf Sunni Kingdoms.  The Iranian Crescent cuts the NATO/Mesopotamian battle-space in two.  With this critical swatch of land spanning west and east in Iran’s operational control, in the event of an Iranian attack on the Saudis, Iran can erect an east-west anti-air missile cordon that will present any mustering Turkey-based NATO force with a perilous path to save the Sunni Kingdoms from a blitzkrieg Iranian attack.

Unlike Saddam Hussein at Kuwait, or Hitler at Dunkirk, the Iranians won’t stop and wait at Kuwait for the Sunni’s allies to re-group.

Unlike Saddam Hussein at Kuwait, or Hitler at Dunkirk, the Iranians won’t stop and wait at Kuwait for the Sunni’s allies to re-group.  Instead, the Iranians will run the Western Persian Gulf coast all the way to Oman sealing the Sunnis fate in one sweep.  With an Iranian air-defense curtain across the Shiite Crescent to the Med, any Turkey-based NATO saving-force will arrive too late, and suffer catastrophic losses in order to stop the Iranian juggernaut from running the Persian Gulf table.

Back to Scott: Along the Confederacies’ eastern coast General Scott planned a naval blockade of the South’s ports.  This naval blockade starved the Rebels of urgently needed ammunition and trade from Europe because the south didn’t possess real industrial might.  Today, to the south-west of the Arabian Peninsula, Iran is sinking its teeth into Yemen, and through the thinly veiled proxy of the Houthis, it is creating an ultimate strategic naval choke point at the Straits of Bab El-Mandab.

In the event of an Iranian attack, the range of Iran’s anti-ship missiles is so long that Iran can be deeply embed hundreds of hardened Iranian anti-ship missile batteries far from the Yemeni coastline.  An American saving force may be able to ultimately break-through.  But, by the time such an American force broke through, it would still have to fight its way through the Straits of Hormuz.  Thus, the Iranian game would be over in the Persian Gulf before the Americans would ever get through the Straits of Bab El-Mandab, let alone the Straits of Hormuz.

In sum, the Iranian military is successfully effecting a modern day Anaconda-style A2/AD strategy which mixes the topological aspects of the Japanese game of Go, along with the balance of chess aimed at total victory over Saudi Arabia and the West.

In the meantime, the current American Chief of Naval Operations, Admiral John Richardson is pompously declaring that the A2/AD strategy is “dead.”  Instead of planning how to defeat Iran, under the idiotic “leadership” of Obama, the American military is busying itself with “protocols” for the Pentagon to pay for sex change operations for American service-persons. (And, I kid you not, about this.)

Whoever gains the White House will face a waxing Iranian tidal-wave funded with $150 billion US dollars that will soon wipe the Sunnis off the face of the earth.  And only too late, the world will realize the Obama Administration’s only “legacy” will be the creation of an Iranian Islamic Terrorist Nuclear-armed superpower empire with 60% of the world’s oil supply.